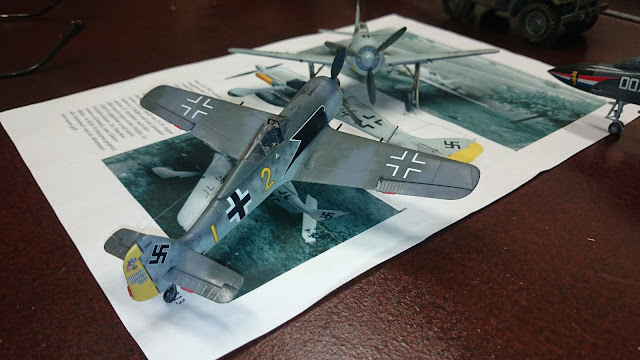 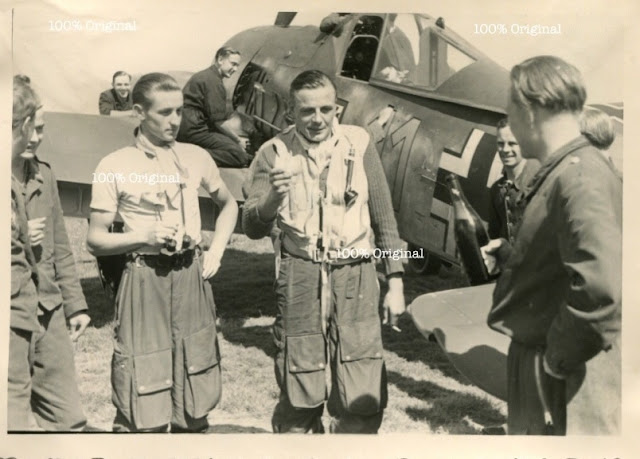 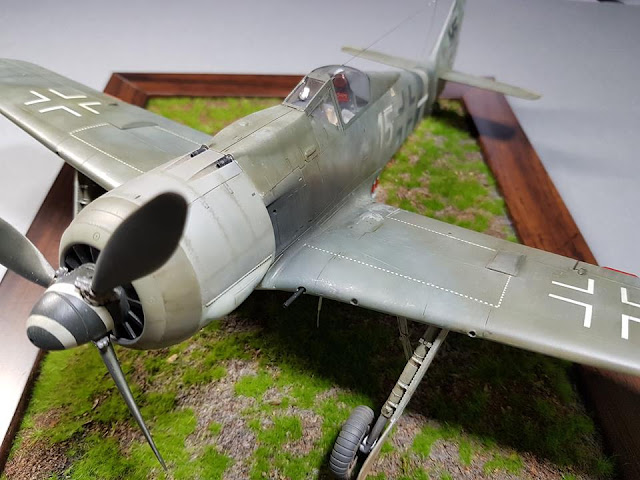 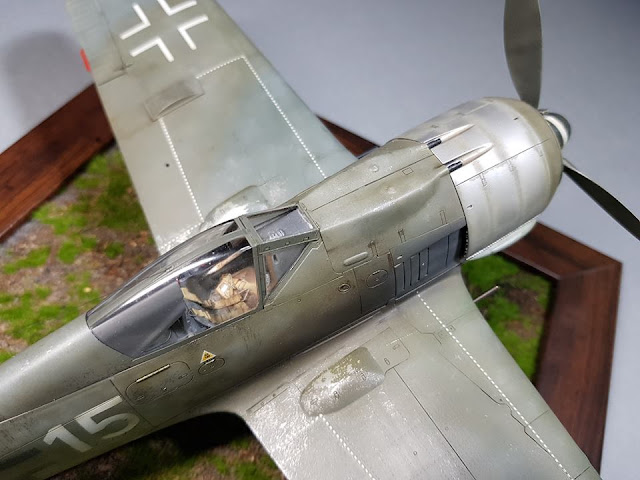 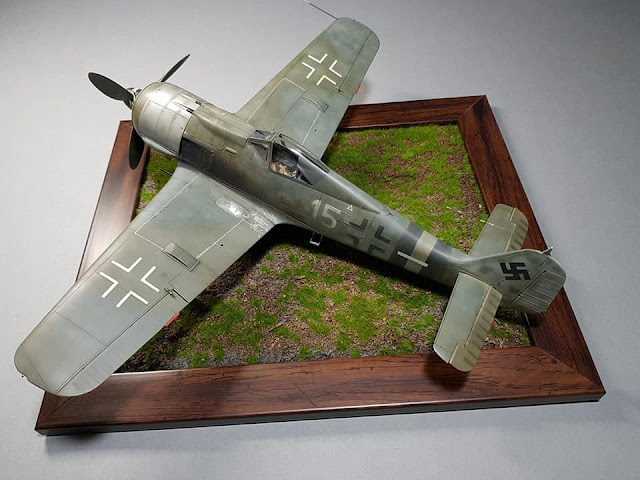 I like to edit and update my blog pages from time to time, especially those that are 'most-viewed' so keep checking back as I add and review more Fw 190 pics.

Up-dated 'old-tool' Airfix A-8 in 72nd scale back-dated to an A-6 with 'flattened' gun cowl cover and new canopy and cockpit in the markings of night-fighting Staffel 2./JG 2. Yes, the cooling fan at the front of the BMW radial was painted blue/grey as well! 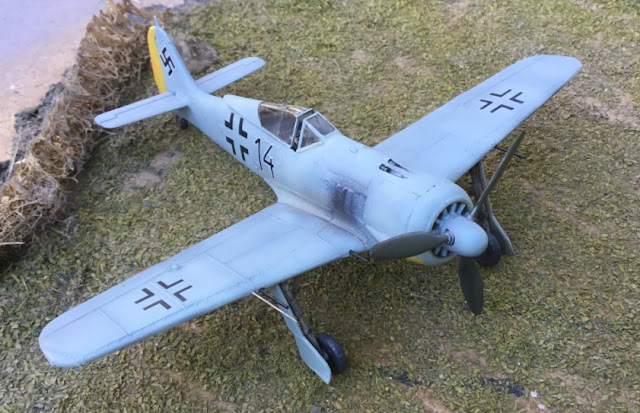 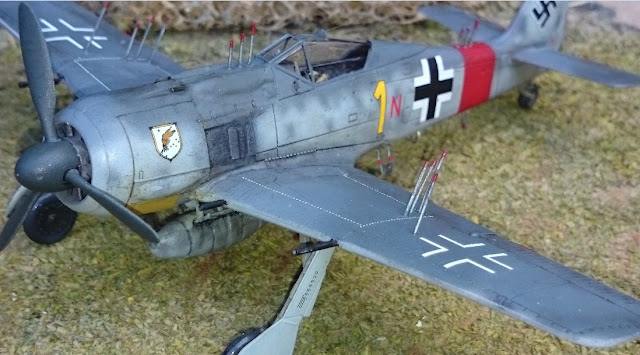 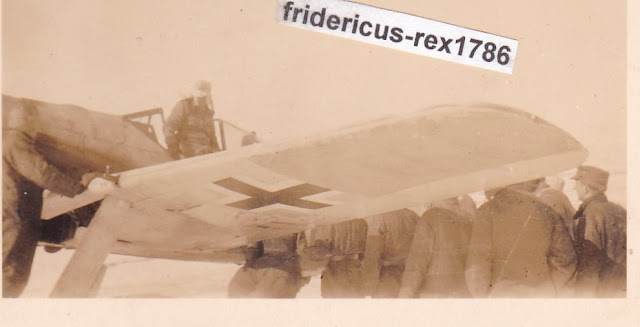 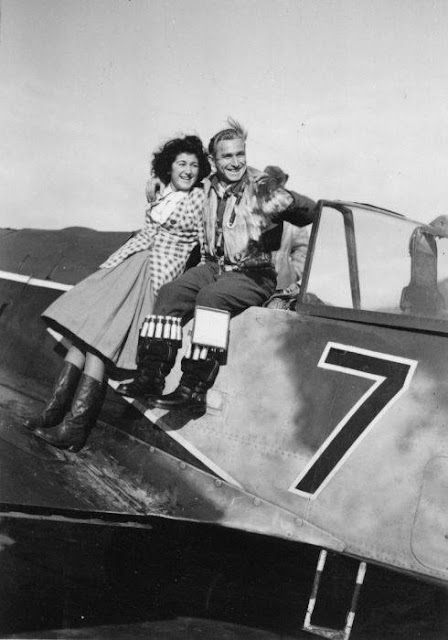 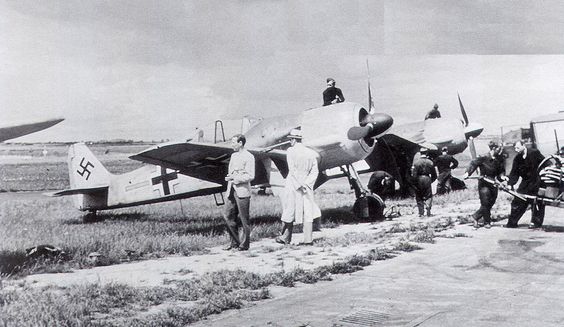 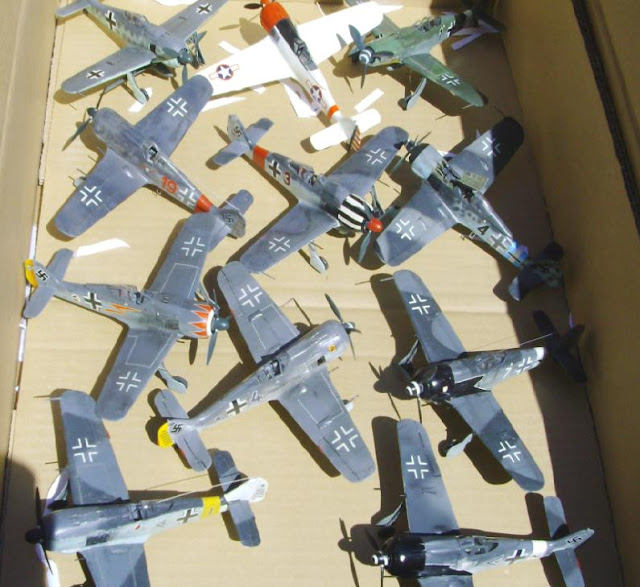 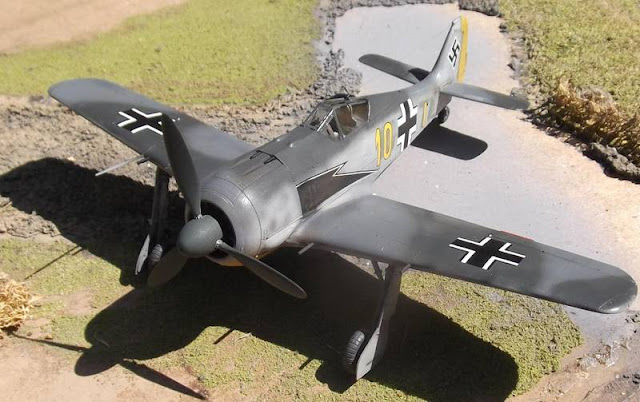 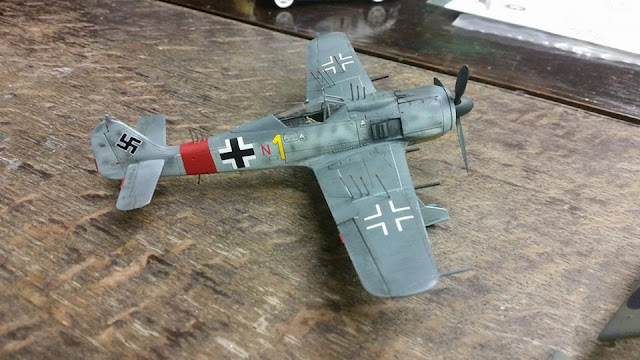 I like to edit and update my blog pages from time to time, especially those that are 'most-viewed'. Herewith some views of my Tamiya 190 A-3 (1/48th) and the Revell F-8 (1/72nd) finished in SG 4 colours with the cowl Mickey mouse artwork. The Revell kit is starting to show a fair bit of flash now, and is no longer the best 72nd scale late Fw 190 Anton. The Tamiya A-3 also proved a little  tricky - the cowling, fuselage and lower and upper wings all have to be brought together at the same time to get them nicely lined-up !

I have a long way to go before rivaling Jes Touvdal's Fw 190 collection, but I intend to give him a run for his money! 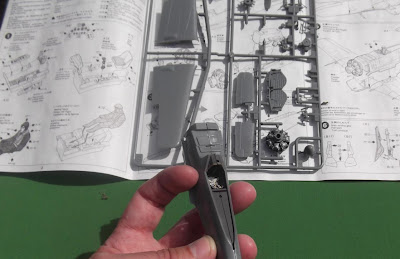 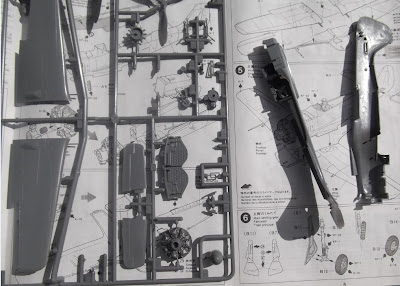 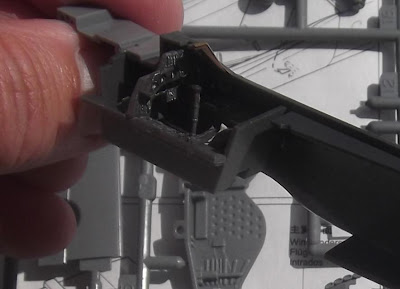 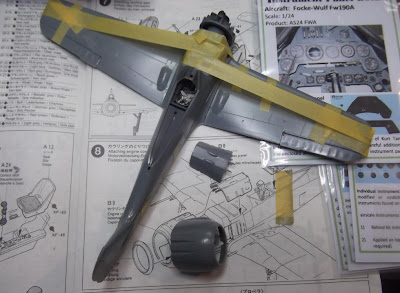 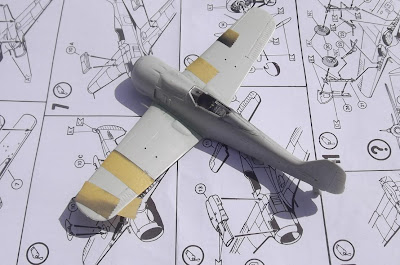 I've also done some more work on the massive 24th scale Airfix kit. Thanks to a couple of builds on the Airfix Tribute forum I've stumbled on the solution to the engine length problem - omit part 36, the rear of the crankcase, highlighted in the photo below. The BMW 801 is the example on display at Duxford - note the bright alu of the cylinder heads and the brownish exhausts..click on the photos for a closer view. 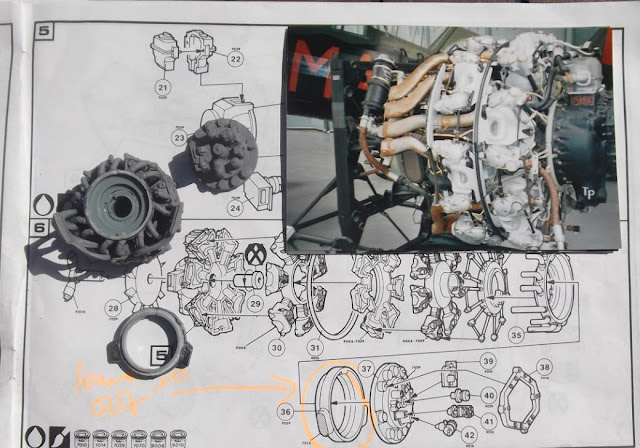 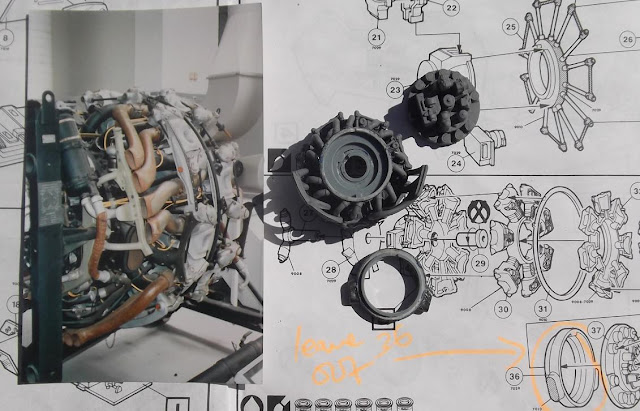 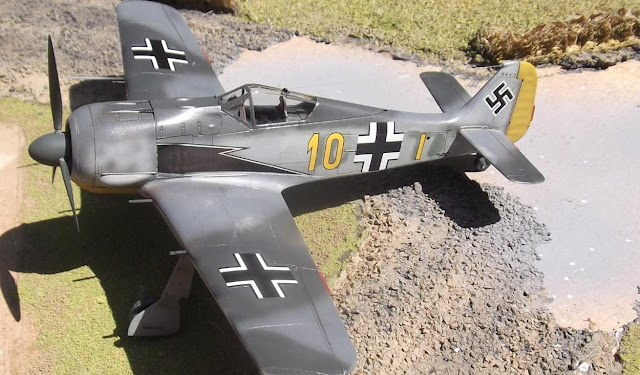 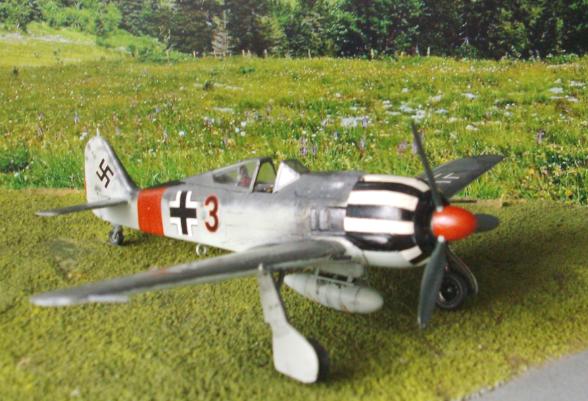 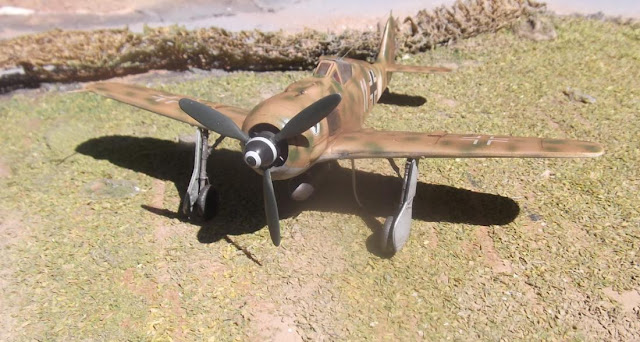 ..and as this page - for some reason - is the most popular on this blog, here is a special treat for new visitors - above, some of the Fw 190s finished on this blog, and, below, a couple of nice pics in my collection via Fw 190 author Jean-Yves Lorant; below, Priller in his 'black 13' 'Jutta' and a rare image of III./JG 54 A-8s seen in early 1945. Below that, three views of late-war Fw 190s belonging to JG 300, the leading Geschwader in the Defence of the Reich  or Reichsverteidigung 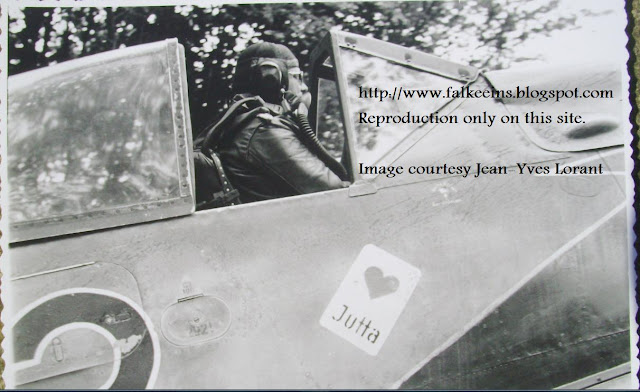 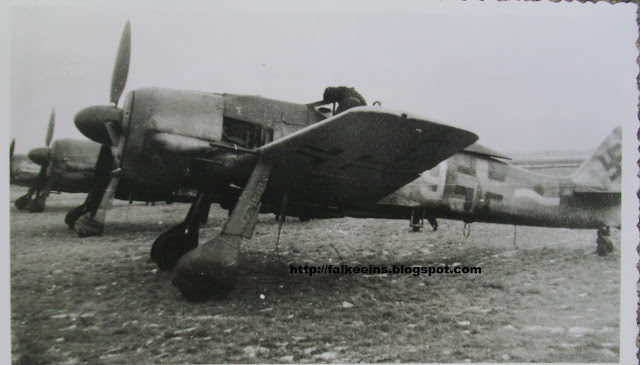 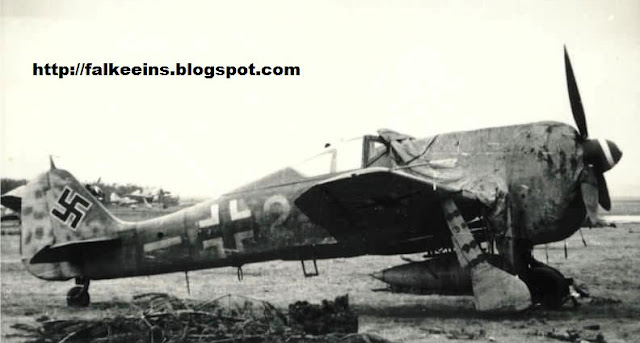 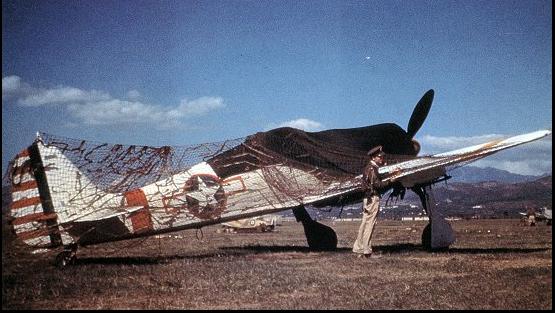 Fw190 G-3, W.Nr.160057 (CE.No.2900). This example was one of two captured at Gerbini in Sicily by the 85th FS of the 79th FG in September 1943. It was shipped to the US in January 1944 where repairs were made and it was flown to NAS Patuxent River in February. Model is the old Airfix A-8 with replacement white metal cowl cover and vacform canopy. 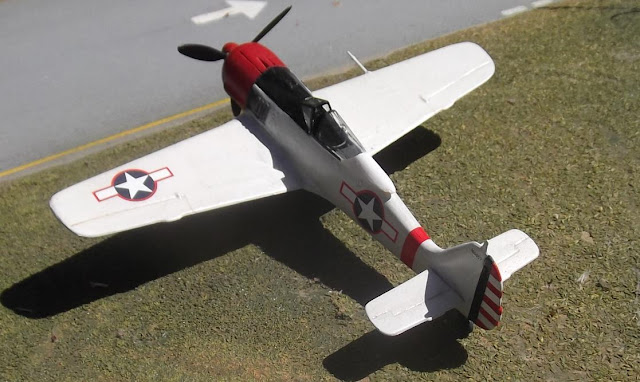