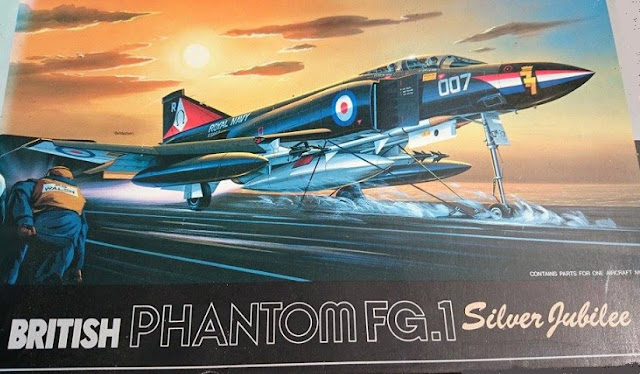 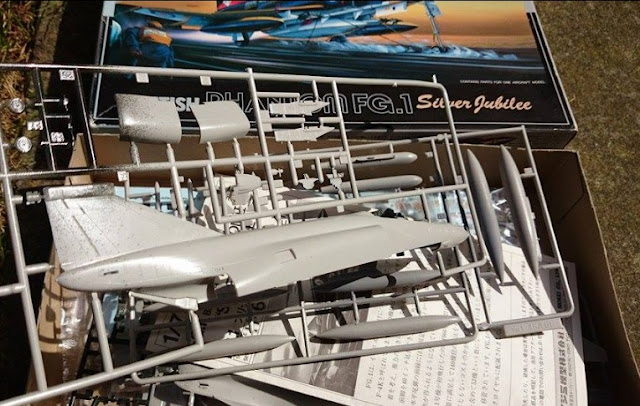 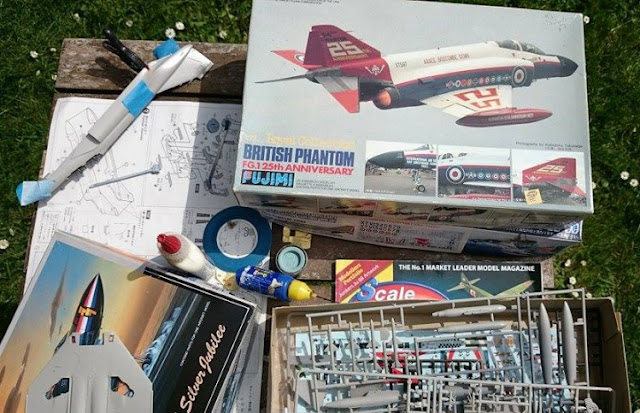 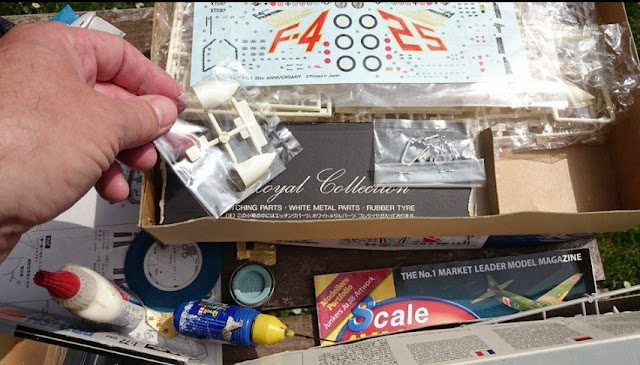 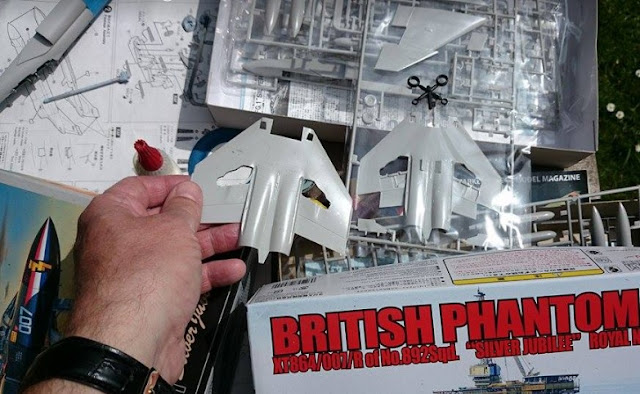 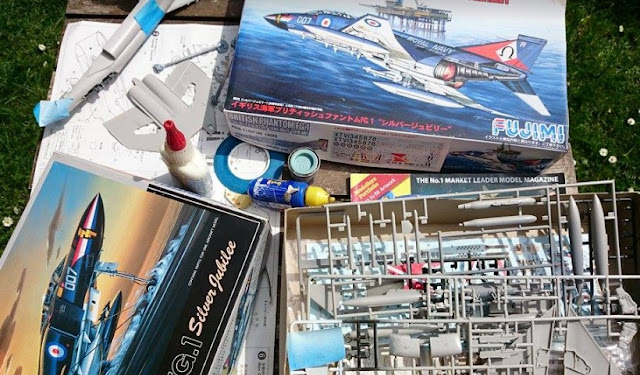 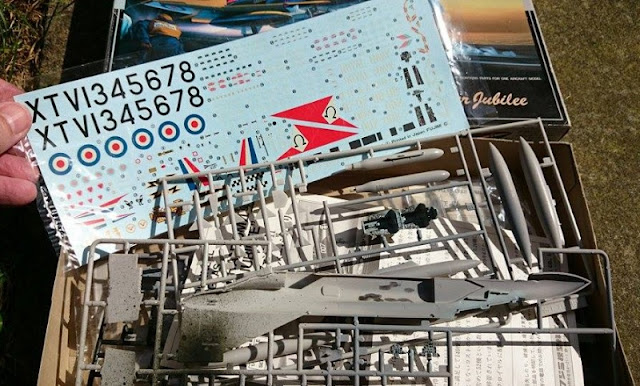 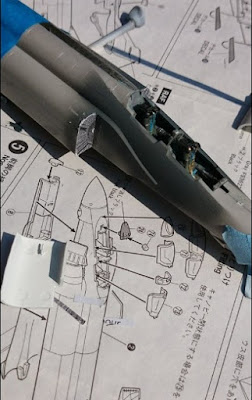 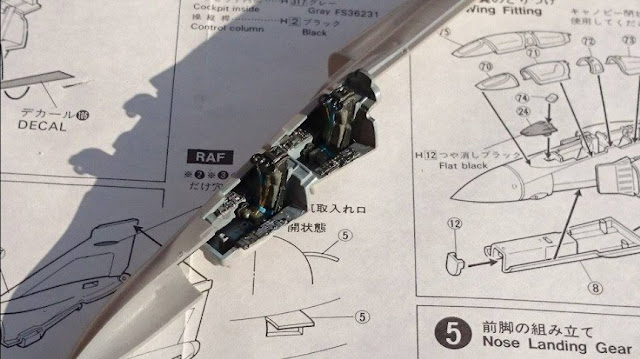 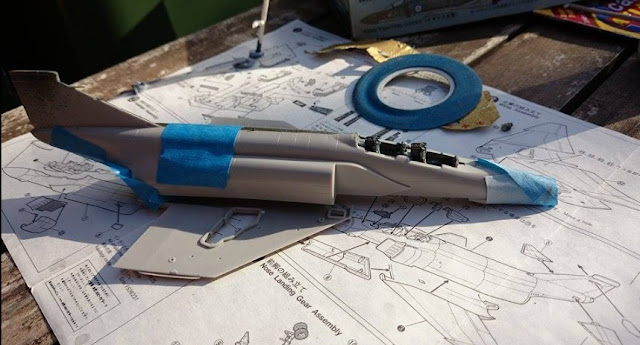 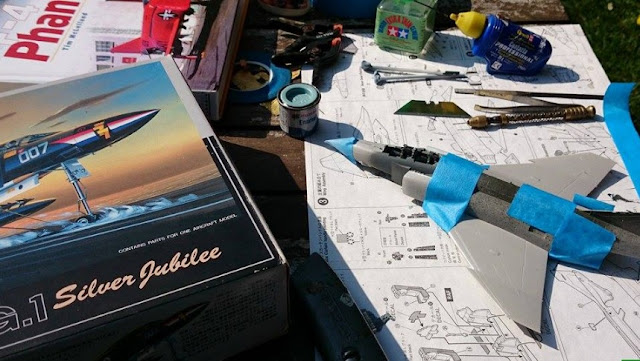 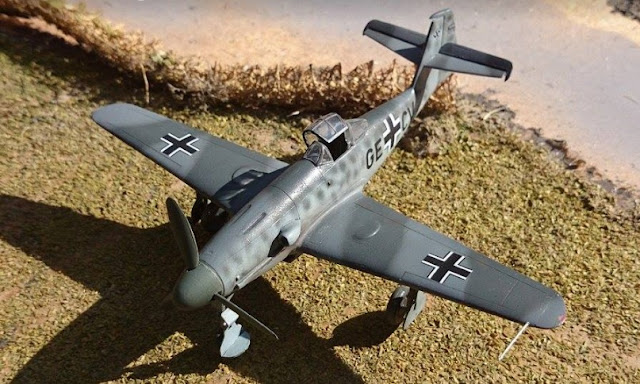 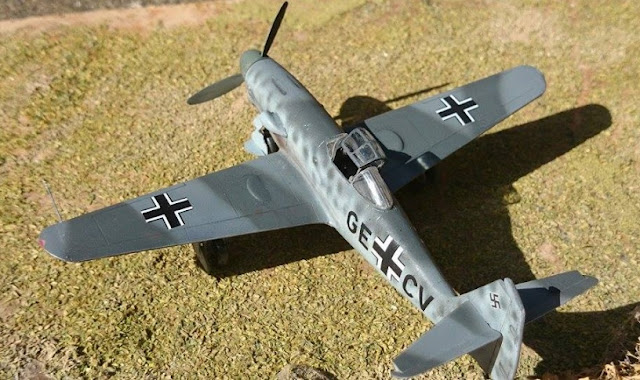 ..just finished the new RS Models Me 309. Not a bad little kit. Made a mess of the undercarriage, ruined the decals as they were very thin and stuck fast on contact and guess what..its a tail sitter, despite the nose weight...so I've quickly cobbled together this base so that I can stick the model down which will also make it easier to handle. I took a razor saw to the rather thick canopy, cut it into three parts to show the folding hood and also achieved a much better fit of the windshield at the same time. A pilot figure or two would set the model off nicely perhaps.. but can I find my Reheat Models figures when I want them? 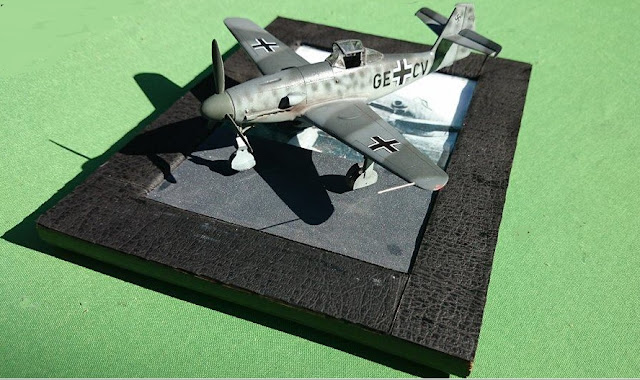 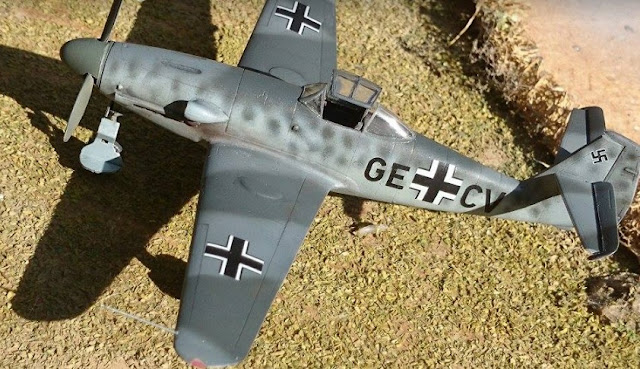 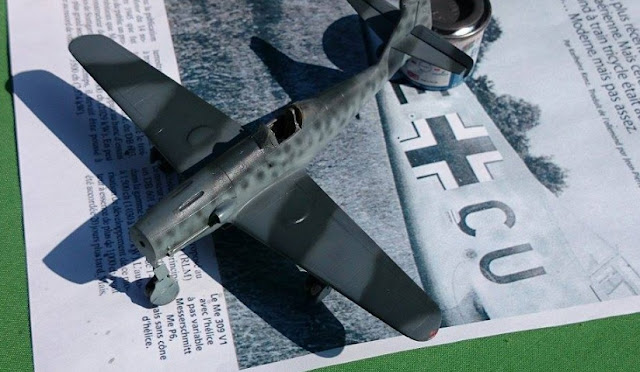 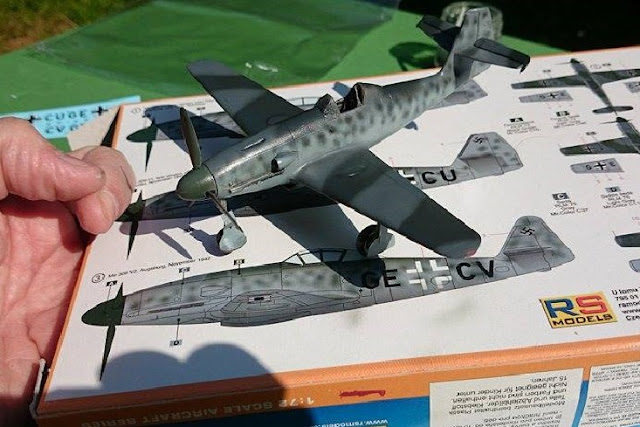 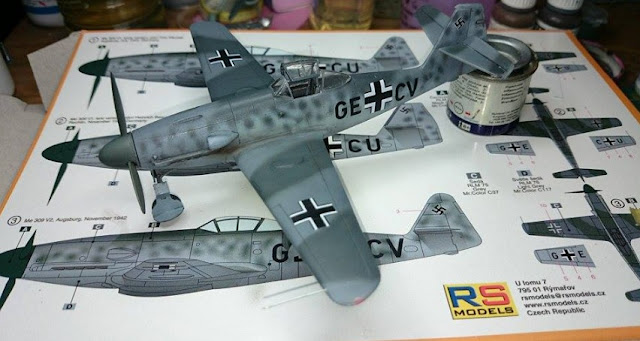 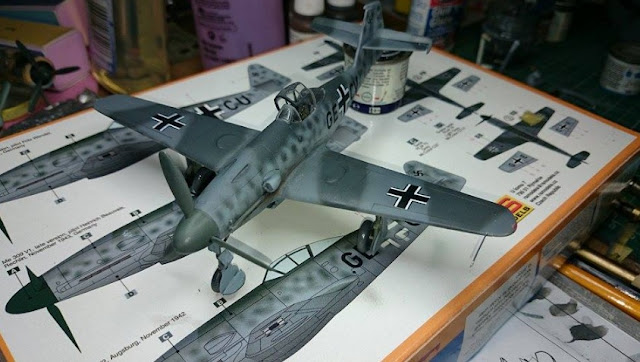