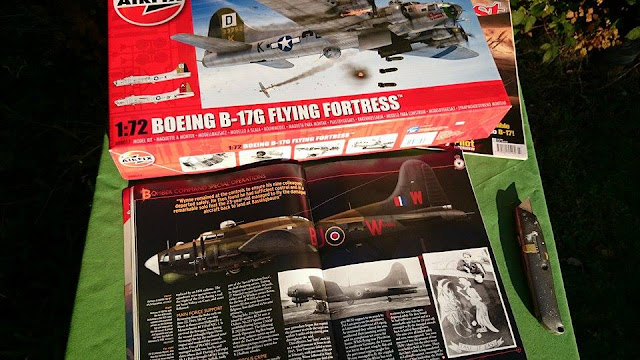 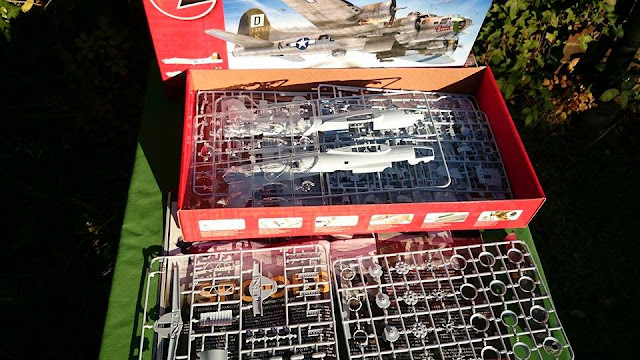 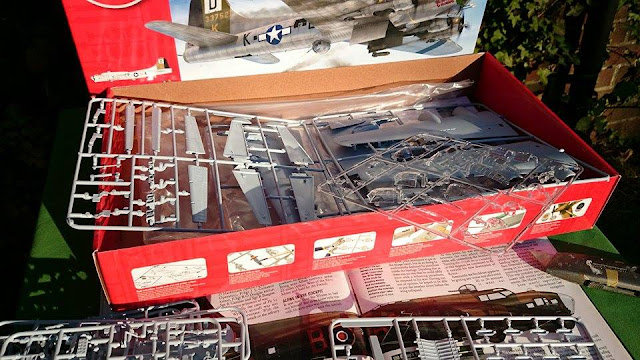 Just got back from Turner's Models in Dover with the latest addition to the stash - the new-tool Airfix B-17 G Fortress. Inspired by Tony O'Toole's build on BM I'm planning this one as a Bomber Command aircraft; a 214 Sqd Fortress III with H2S radome and ABC aerial. Note the H2S radome on the clear sprue  above - this replaced the chin turret on the Forts used by Bomber Command in the comms jamming role. So it certainly appears that Airfix are planning a Bomber Command version at  some stage. In the meantime I will be building this as 214 Sqd Fortress III "BU-W" serial KH999 mounting an ABC aerial and the H2S radome. Decals for this machine are available via DK decals "100 Group" set..

Other than a brief flirtation with the Fortress I in 1941 Bomber Command showed little interest in the B-17 as British types could carry greater loads - even the twin-engined Mossie could carry a bigger load to Berlin than the Fortress! However the B-17 had good endurance and could fly high so was considered for a new role in the RAF - radio counter measures (RCM). The US 8th AF supplied surplus Forts to Bomber Command's 100 Group and in January 1944 the first machines flew into Sculthorpe in Norfolk to begin RAF crew training, 214 Sqd being one of the RAF's last Stirling units. The first ops were flown during April 1944. Bristling with aerials the Fortresses flew at 25,000 ft jamming enemy radar and disrupting the voice comms used to direct Luftwaffe night fighters. 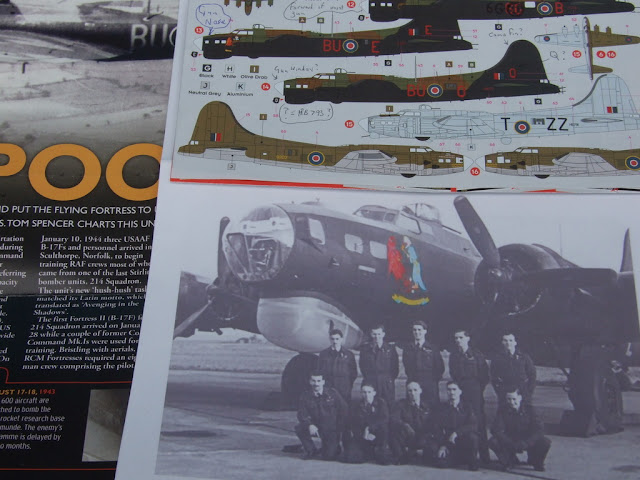 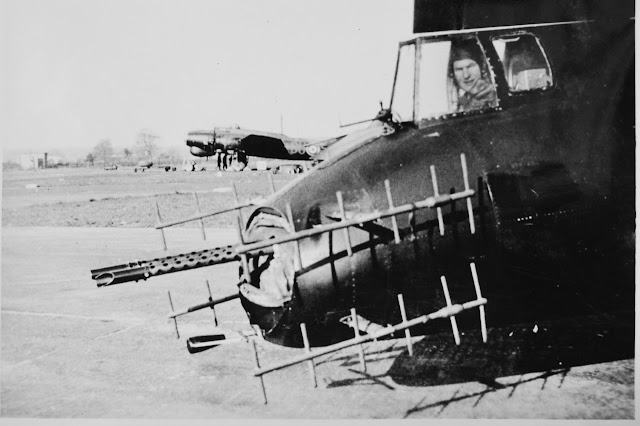 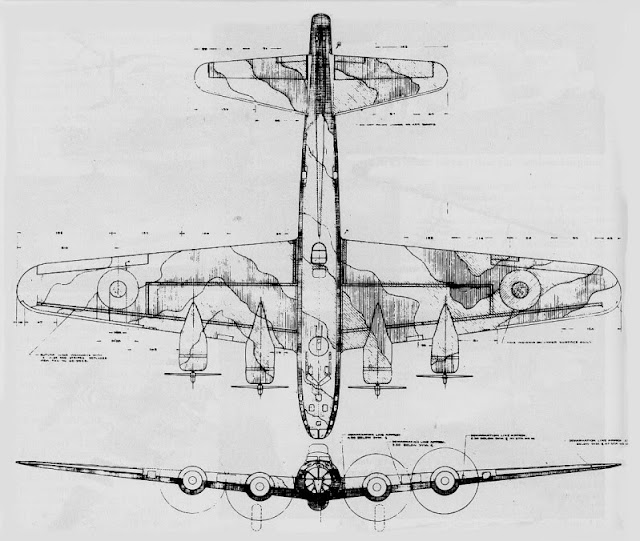 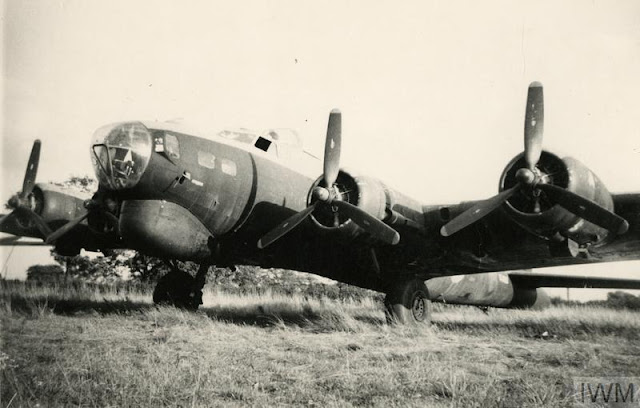 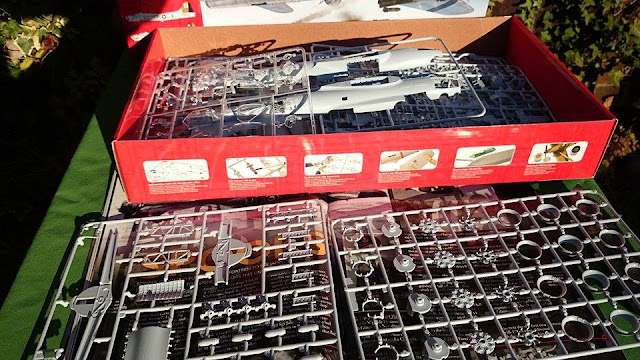 Posted by FalkeEins at 07:35 No comments: 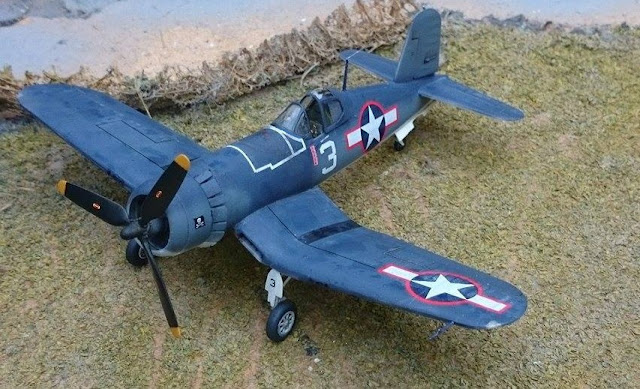 well, it was a new-tool when I first started this build in January 2015 - I guess no longer, now that I've just finished it in November 2016! ..another one rescued from the 'shelf of doom'..a neat kit, one or two little inaccuracies but nothing too major to worry about and apart from the nine-part wing went together quite well. finished in the markings of 'ace' Jim Streig of VF-17 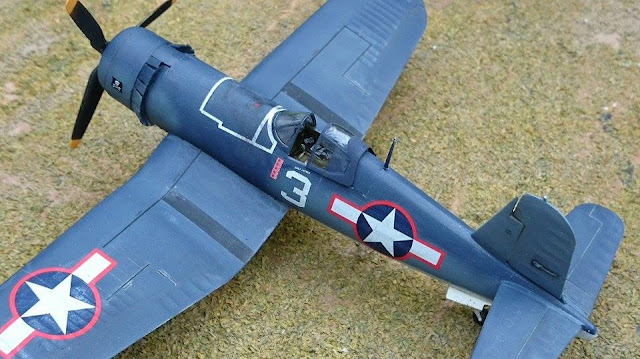 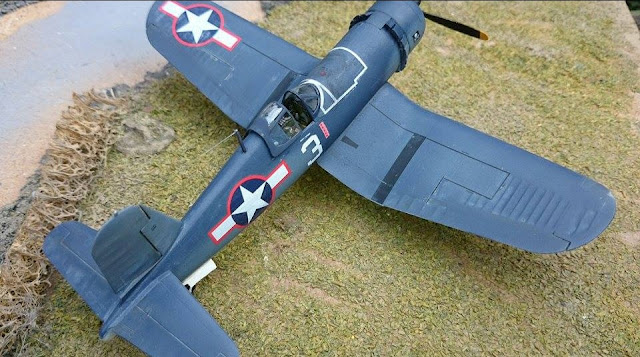 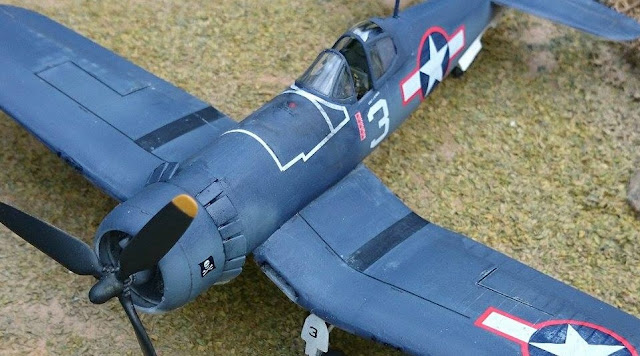 As usual I've missed something out before proceeding to the 'photo-shoot' (prop stencils)  but still. I'm not much of a 'weatherer'  - this has been finished with some light oil washes ...especially to tone down the decals. 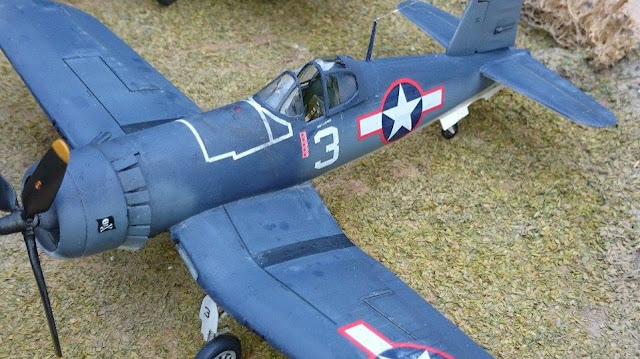 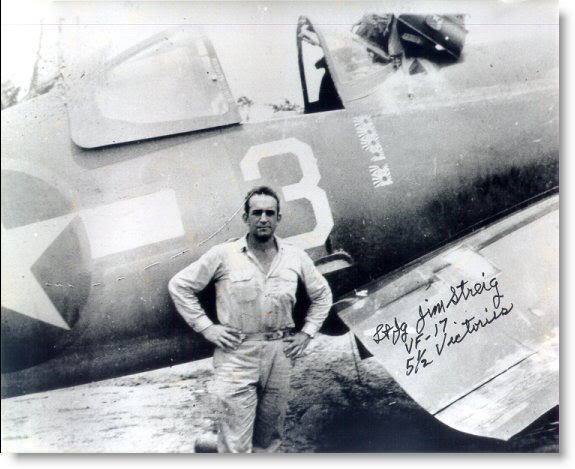 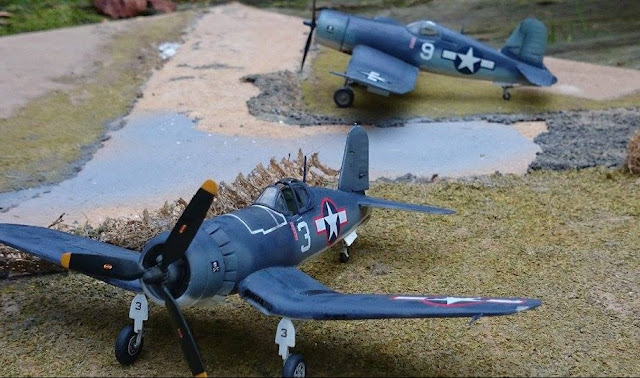 Part I of this build including the box/sprue shots is here If you want to watch a 'pro' modeller build and finish this kit then watch Dusan's video below, a single click to view here..

Airfix in latest 2017 announcement shock, the 1:72 Scale McDonnell Douglas FG.1 Phantom II. " Seen here as a 3D CAD render and also as our first Stereo lithography sample..We announced this new addition to the Airfix 2017 range Live at the IPMS Scale Model Work show at Telford on 12/11/2016..." 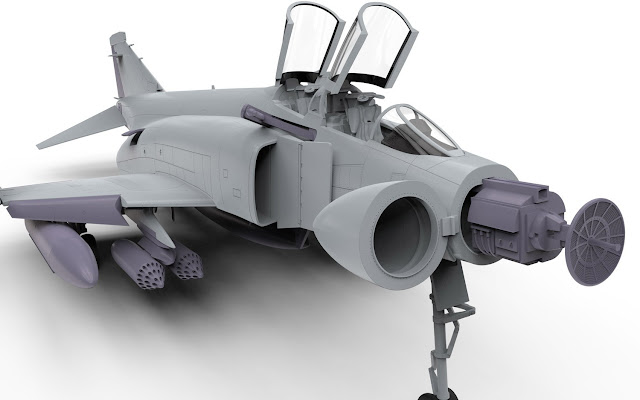 Great to see details like the separate leading edge flaps and open radome along with a great load of rocket pods! From BM forum, " ...a quick chat with the designer earlier confirms they are designing with a view to several releases. Mock up on stand had both types of tail planes, RAF specific load out and rounded tail fin. Expect all variants of Spey phantom at some point.." 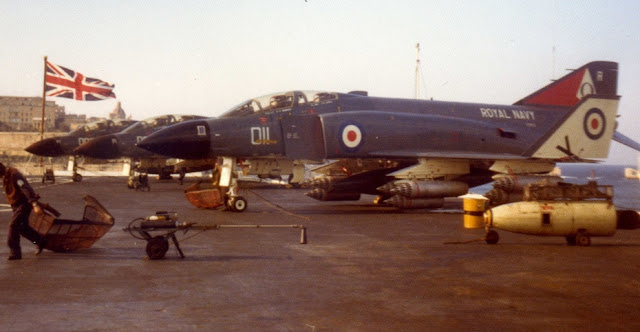 Phantom FGR 1 XV 567 892 Naval Air Squadron, Malta 1973. Fantastic load-out of rocket pods. Rare to see anything other than tanks on the outer pylons. Photos by David's World on Flickr 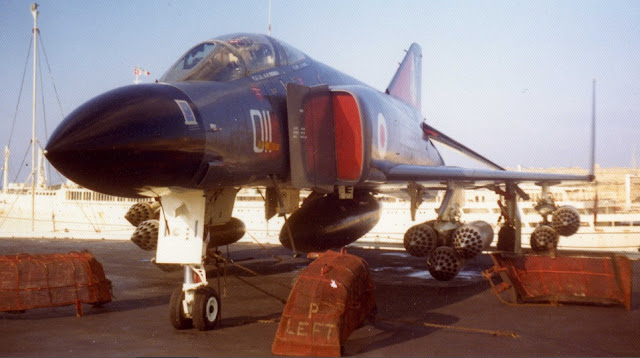 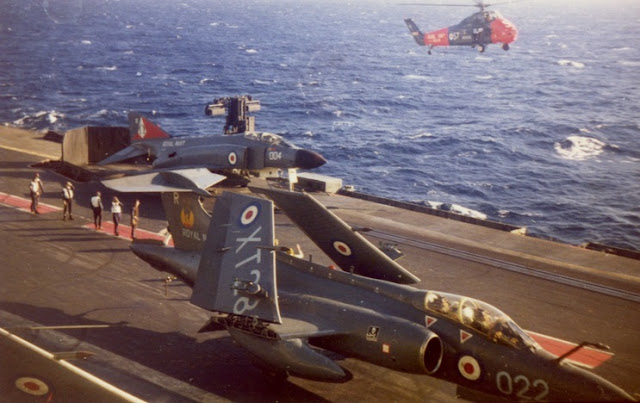 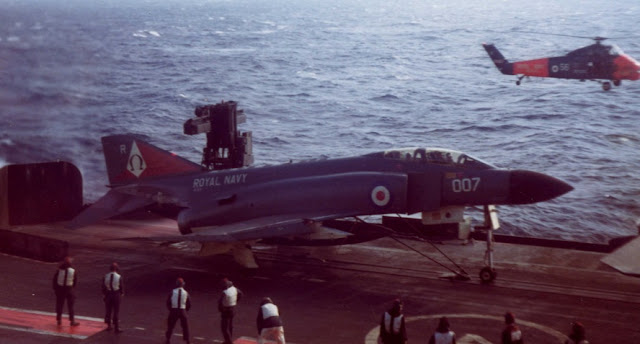 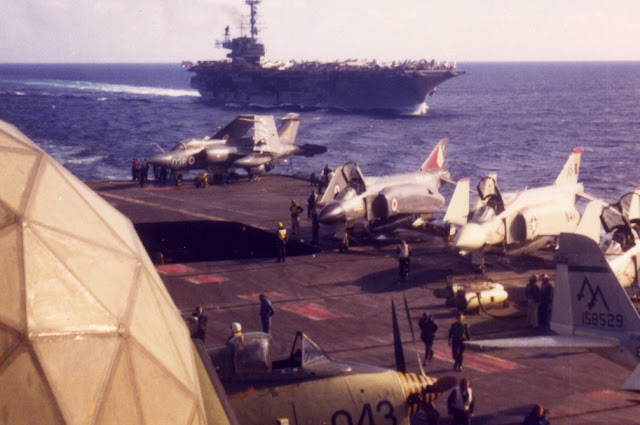 Posted by FalkeEins at 03:51 No comments: