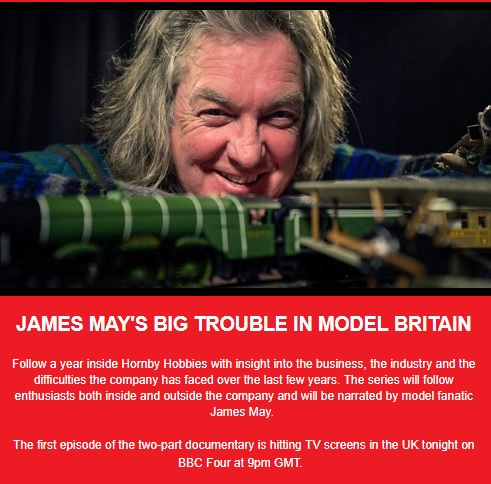 " ...Two-part documentary, introduced and narrated by model train enthusiast James May, that follows a year inside Hornby Hobbies - an iconic British toymaker on the brink of collapse. But this is no ordinary business series - this is a series about model train and plane obsessives, both inside and outside the company, all of whom desperately need the company to survive.

A new boss, Lyndon Davies, has been appointed to turn the company’s dismal fortunes around and he has brought back some company veterans to help in the fight for survival.

Simon Kohler, known affectionately as ‘Mr Hornby’ has been brought back after a four-year absence. He assesses the decline of his beloved company and attempts to reconnect with Hornby’s dissatisfied customer base and retailers.

Meanwhile, in a bid to revitalise Airfix, Lyndon tasks a master amateur model builder, Jim Bren, with the biggest build of his model-making life – the largest reconstruction of the Hellcat plane ever attempted by the company..." 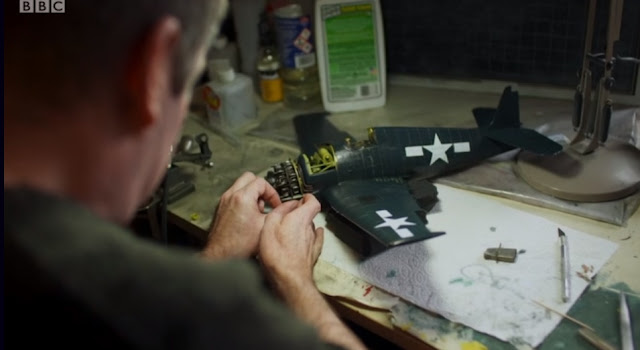 A quick heads-up on a BBC 4 'documentary' on the recent trials and tribulations of the Hornby Hobbies Group from the £30 million loss over the past five years and the production move to China to the relocation of the Head Offices from Margate to Sandwich and a tour around the Visitor Centre at Margate. Here's the link to part 1 of the programme, available in certain regions on the iplayer for the next month - sorry if it's not available in your region.

Amongst other things the programme features Jim 'KitKruncher' Bren building a test shot of the Airfix 1/24 Hellcat for unveiling at Telford - though Jim "whole-heartedly rejects any notion" that he is in any way a "master modeller" as the hyperbole suggests! (he's a retired local government officer as it happens..) Modelling content aside the programme is an interesting and light-hearted insight into the recent fortunes of the Hornby Group which you may feel is worth a look. The second part is on the telly next week.. 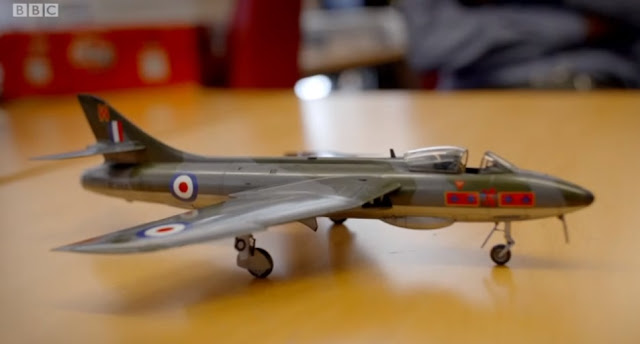 There is drama as the Telford deadline approaches and on day 52 of the build, Jim has fallen way behind his schedule. We see him struggling with fit problems around the Hellcat engine cowl - a test shot build remember... 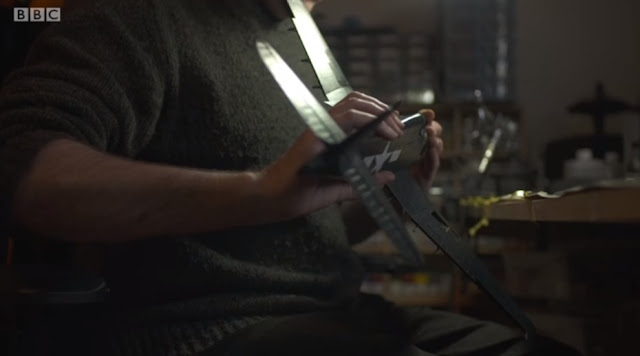 James May provides a slightly sardonic commentary, whilst gently affectionate and enthusiastic throughout. The camera crew also visit Jim's model club - "for some reason our cameraman missed the other table full of young women..." 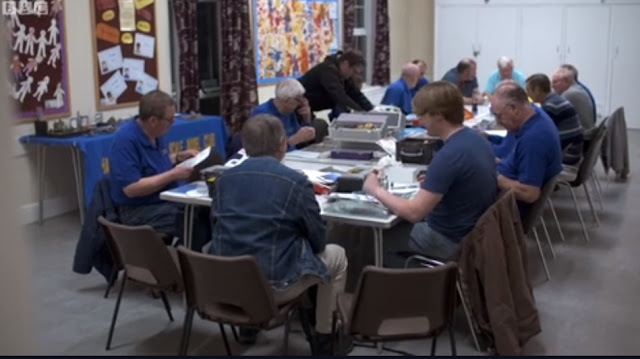 .. and there is a look a Jim's 'stash' and we learn what SABLE means.. ('Stash acquired beyond life expectancy'.. )

" Finally after more than two years of design and development, tooling that cost over £100,000 and hundreds of hours of Jim's time assembling more than 600 intricate component parts, the 24th scale F-6F Hellcat is a secret no more...the first run of 5,000 models sold out inside one month, the fastest-selling new Airfix kit in five years.." 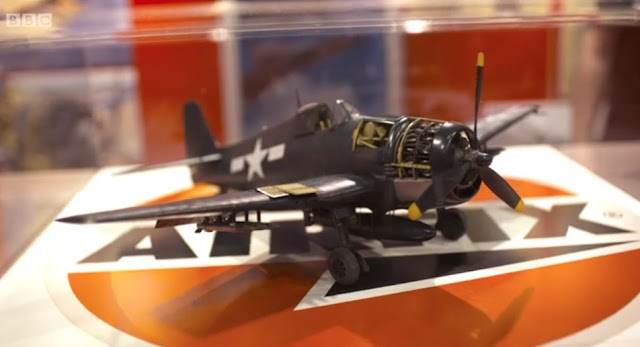 ..note the faces of the youngsters standing in the front of the crowd for the Airfix Telford unveiling were blurred out - ".. so they stand a chance of maybe getting a girlfriend later on in life.." 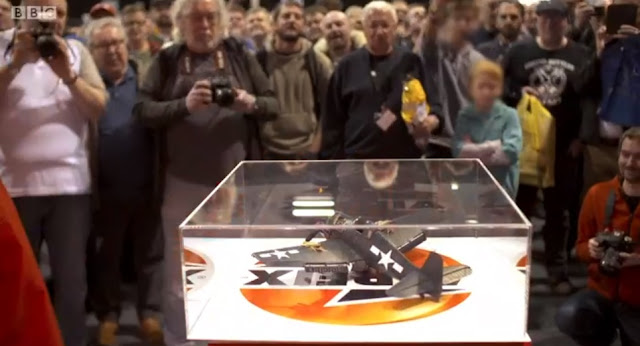 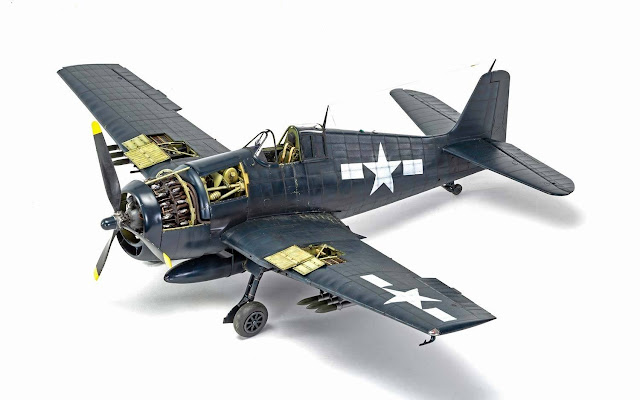 Elsewhere Airfix's own video presentation of their forthcoming 24th scale Hellcat is well worth watching too. At the time of writing the kit is on pre-order at £119