In the absence of much new from me I'm sure you'd be interested in taking a look at some of the highlights of this weekend's Euromilitaire show held in Folkestone, Kent, England, now in its 27th year. Euromilitaire is the premier show for armour and figure modellers, no doubt about it, and the models on display are usually on another level altogether. However it did seem that the number of competition entries and general attendance were well down this year - perhaps the organisers will blame the sunny weather for today's poor turn-out. Or perhaps the 10 quid (GBP) entry fee has something to do with it!.. Enjoy the pics and apologies for their quality - as usual the main competition hall was particularly dark with the models being displayed well away from the large bay windows in Folkestone's leading exhibition venue over-looking the English Channel.  Personal fave was the 32nd scale crash-landed Heinkel He 111 with wounded crew..brilliant work. I'm sure much better pics of these models will be appearing in some magazine or other soon..I'll be putting up more pics over the course of the coming week... You can click on the images to move in close and/or see the full picture !

First up, 'Best in Show' 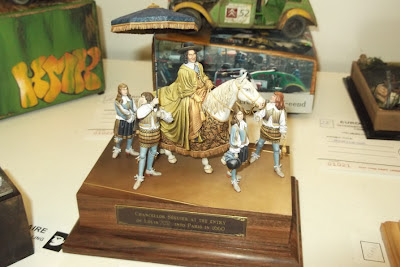 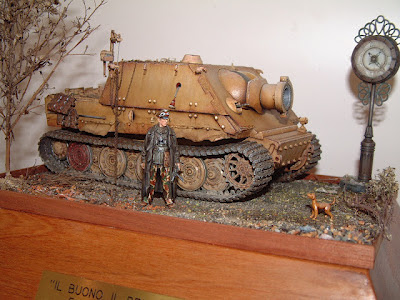 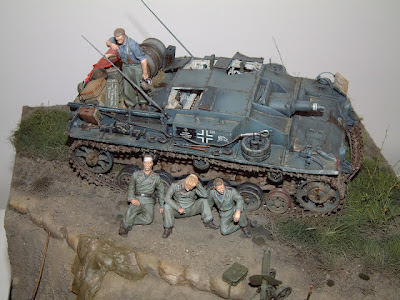 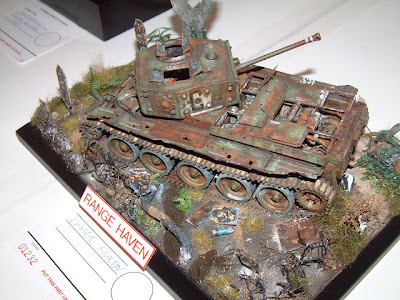 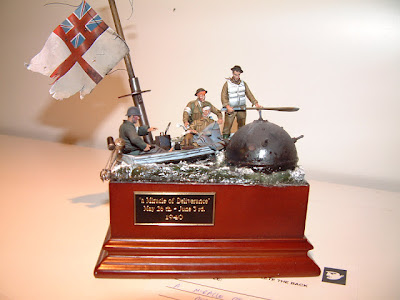 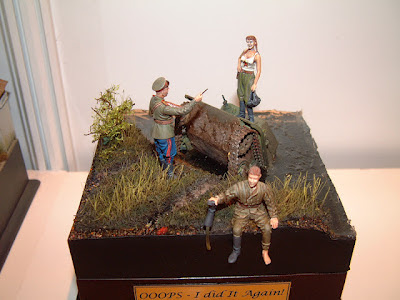 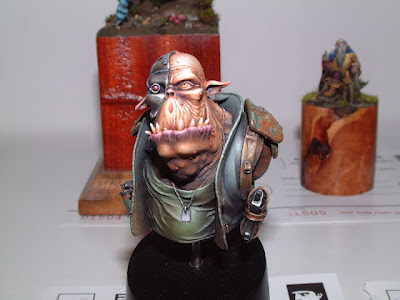 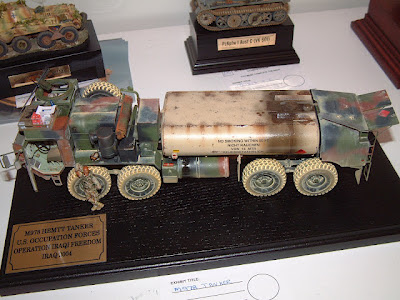 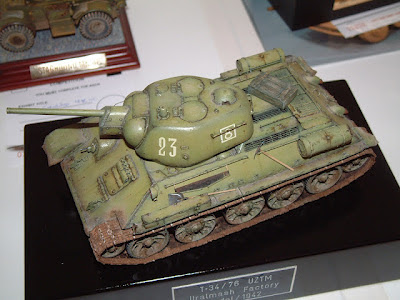 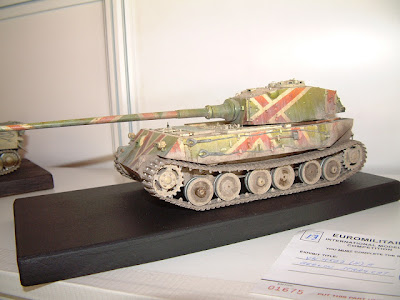 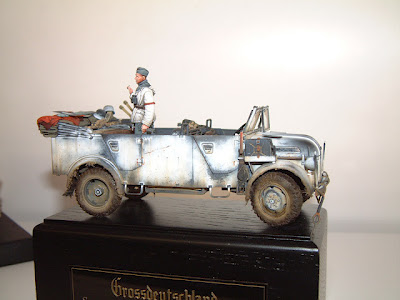 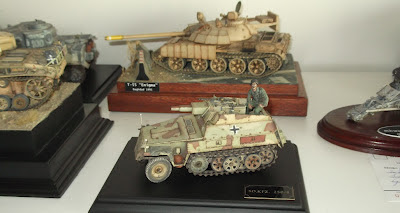 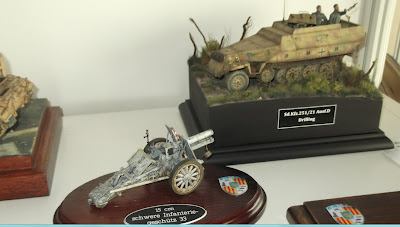 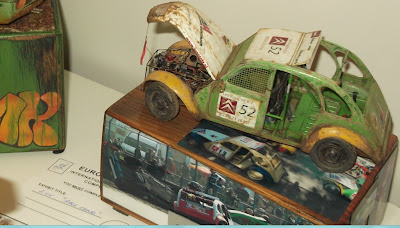 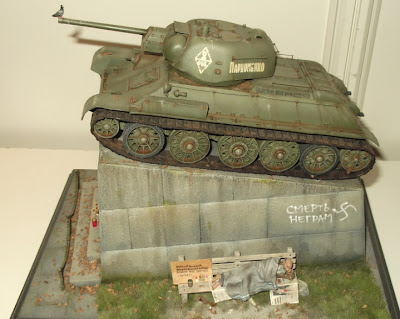 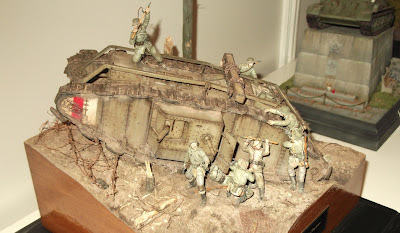 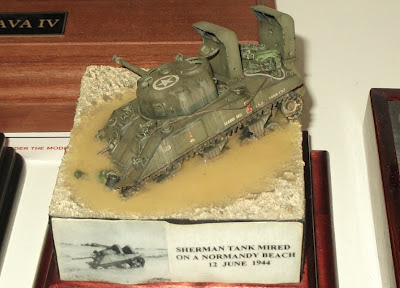 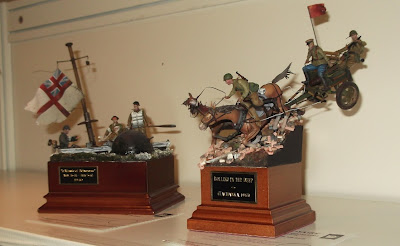 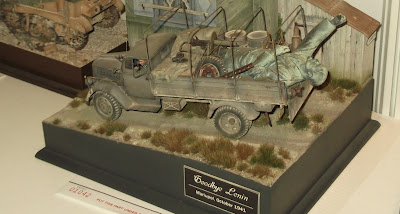 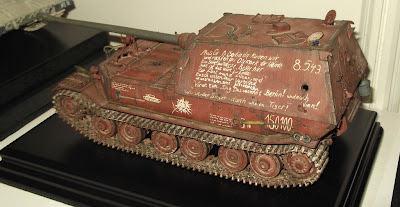 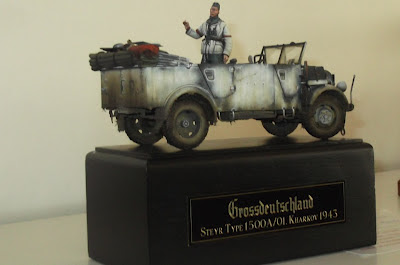 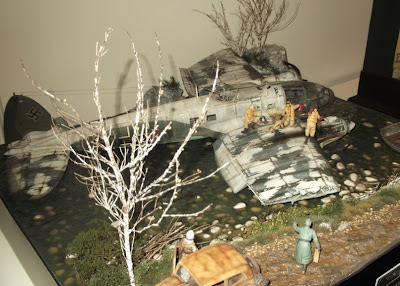 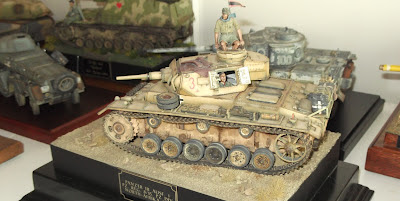 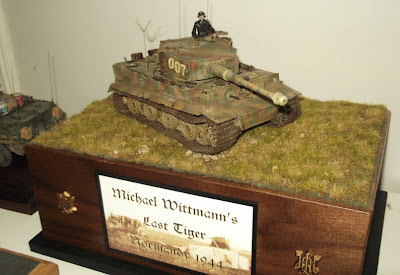 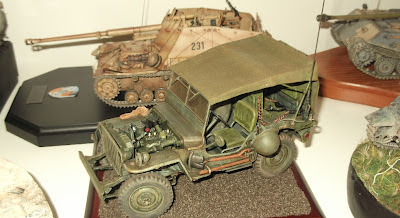