Academy's 1/72 scale Junkers Ju 87G-2 features the longer-span wing and two 37mm anti-tank guns slung under the wings. The kit looks impressive in the box with its very crisp, finely engraved panel lines, thin clear parts (two canopies included, one multi-part) and decent detail, especially in the cockpit which includes a nicely rendered radio set. The underwing 37mm cannon pods are especially well done. As might be expected in this scale, some of the more subtle elements are oversimplified. These include the "Zwilling" twin machine -guns in the rear of the cockpit and the hinge arrangement for the flaps/ailerons. Cockpit straight out of the box with the addition of some etch rudder pedals.
The finished model is here 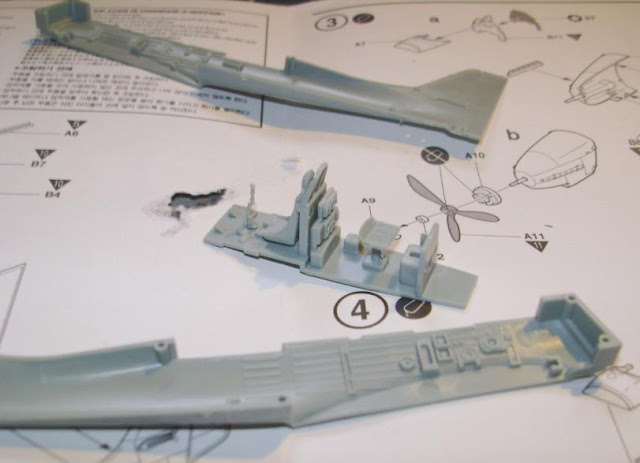 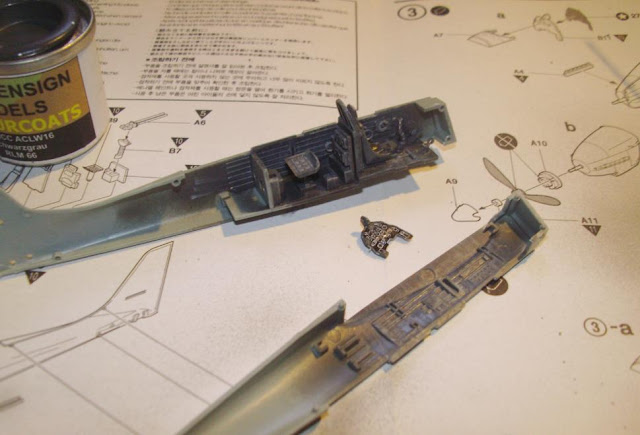 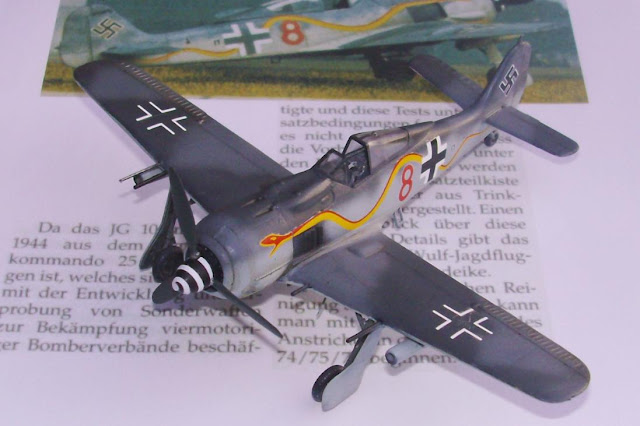 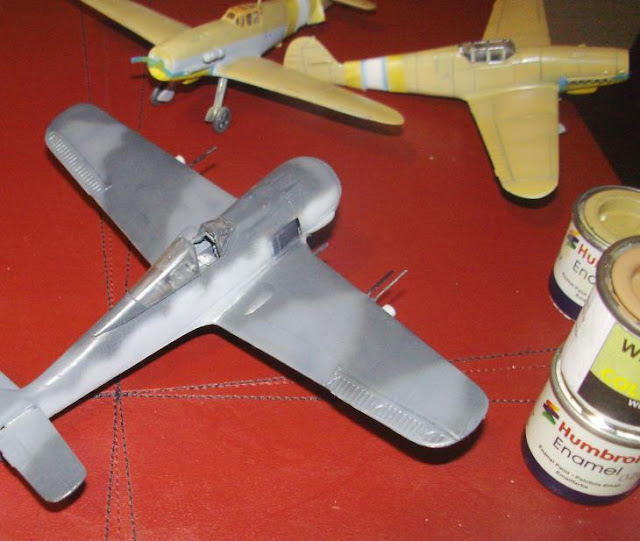 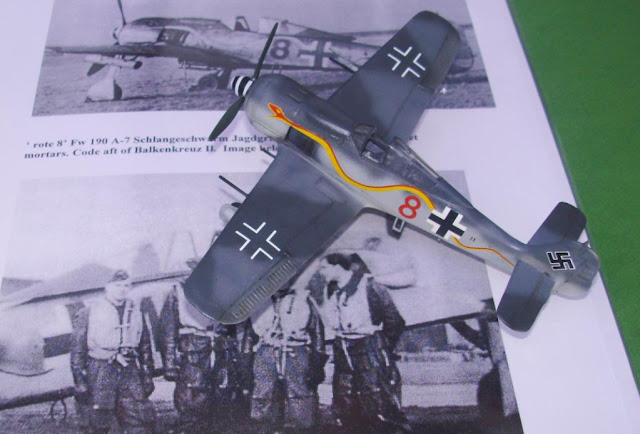 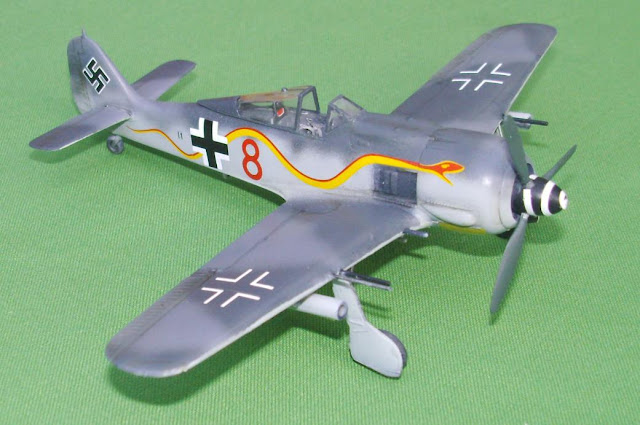 Posted by FalkeEins at 02:52 No comments: 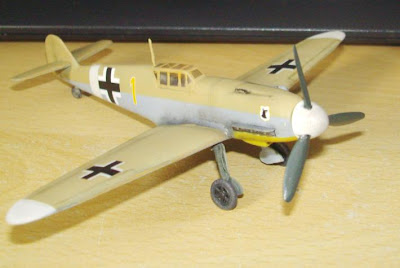 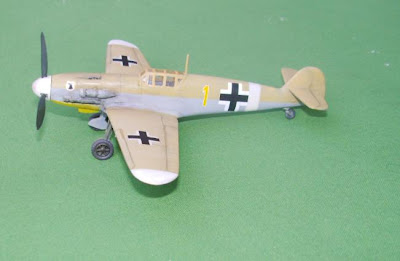 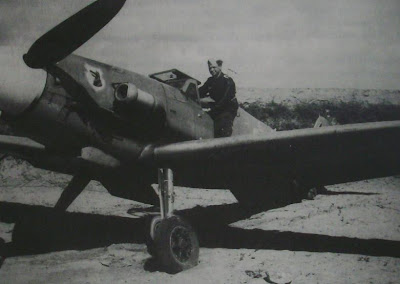 Putting the finishing touches to some more small scale fighters before tackling bigger projects. Here the 'new-tool' Bf 109 G-6 is finished as a Bf 109 G-2 Trop in the markings of a 2./JG77 machine as seen in Tunisia in late 1942. Note the 2. Staffel emblem aft of the fuselage cross - Kagero decals. The Airfix G-6 is  back-dated to a G-2 by removing the cowl and wing bulges and replacing the solid hub main wheels with the spoked variety. Meander/squiggle camo finished using a 0.3 mm nozzle - too big I think. By way of comparison, an Intech Bf 109 G-2 also of  JG77 as flown by Werner Killer (photo above), again decals from the Kagero 'Air Battles' 'Luftwaffe over Tunisia' book. 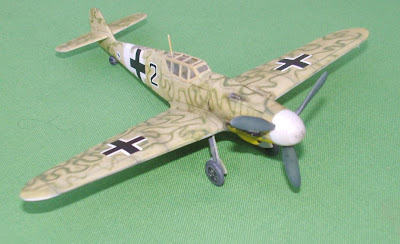 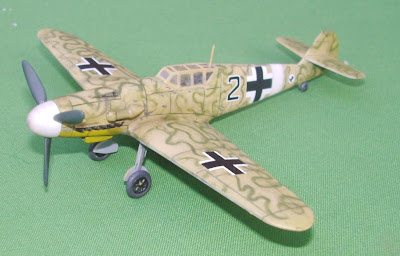 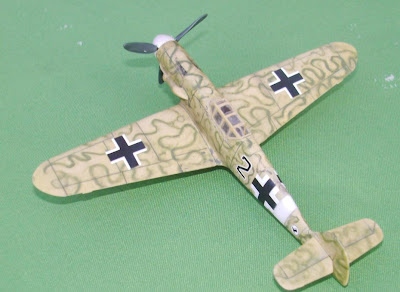 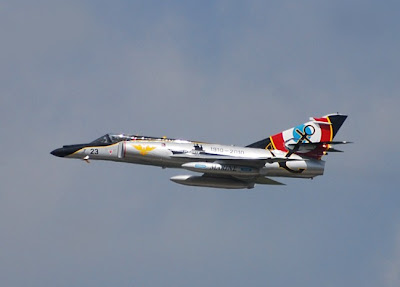 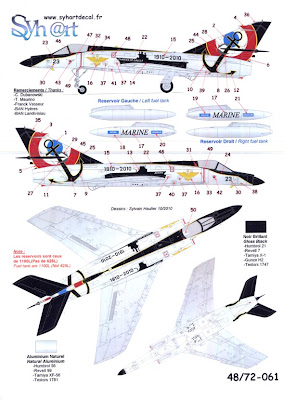 continuing with the carrier aviation theme, my latest purchase ! decal sheet from Syhart Decal, reference 72-024/48-024, depicting the special markings worn by Dassault Super Etendard Modified - SEM (n° 23) of the flotille 11F of the French naval air arm based at the BAN Landivisiau for the commemorations of the  "100 years of French Naval Aviation (1910-2010)" show at Hyères during June 2010. The sheet is also available in 1/72 scale from Kitsworld. 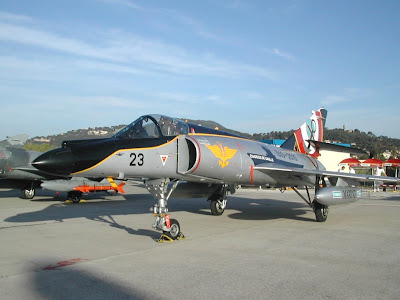 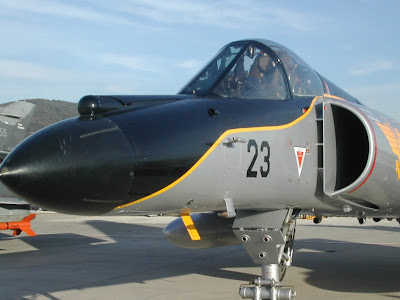 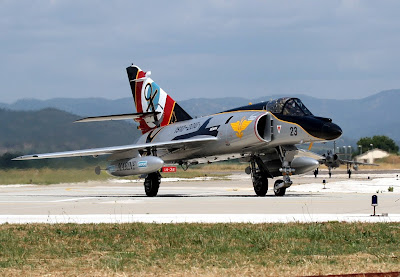 Posted by FalkeEins at 03:53 No comments: 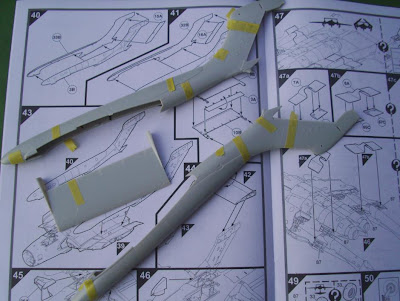 Its not often you go to stage 40 to start a new model ..but I thought I'd ease myself in gently ..by cutting out and sticking together the tail booms. And then it occurred to me that it might be interesting to check the fit of the major parts and stick the whole together to get some idea of how this is going to look when finished. I wonder if anybody will have a resin radar ready soon to fit in that lovely space under the nose radome..Lovely fit and feel to all the parts, excellent engraved lines  -  it was hard work though getting the parts off the sprues and then trimming them up. Click on the pics if you feel like taking a closer look 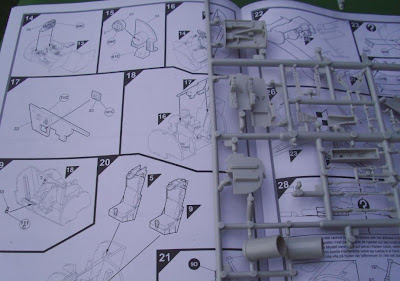 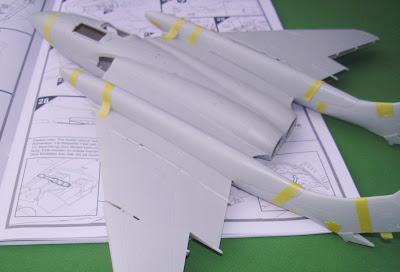 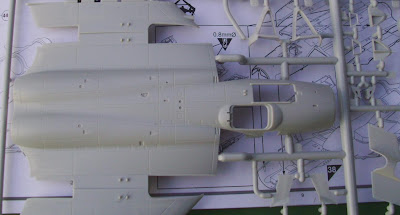 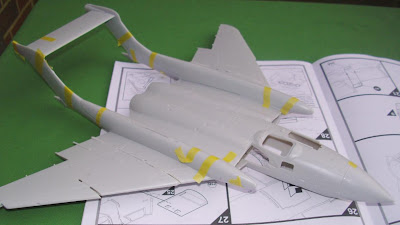 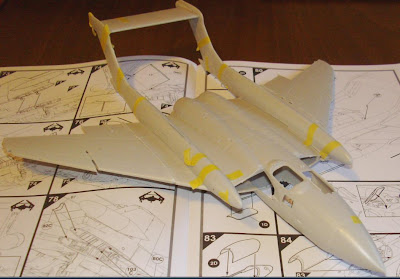 Posted by FalkeEins at 06:32 No comments:

...huge box arrived today courtesy of my local arts & craft shop, RRP £29  - what a bargain. A quick look inside the very large box before getting down to work. Decal sheet is huge, instructions comprise over 80 stages, with notes covering realistic configurations for the airbrake, wheel doors and flaps. The kit includes the parts for the intake trunking, panel lines are very finely engraved and there is a choice of weighted and un-weighted wheels and a full set of underwing stores. The consensus -even among the Airfix detractors- is that  this is a really fine looking kit. Click on the images etc ... 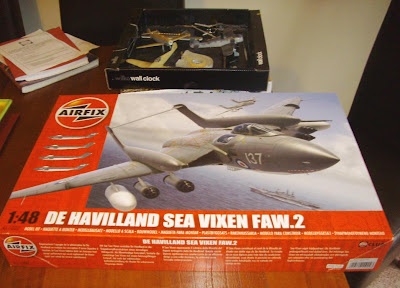 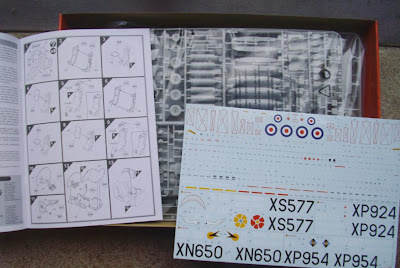 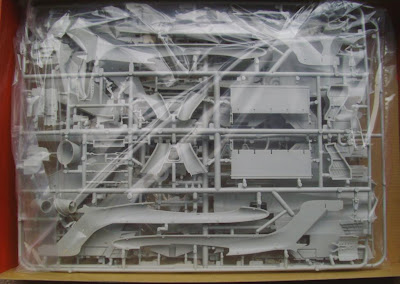 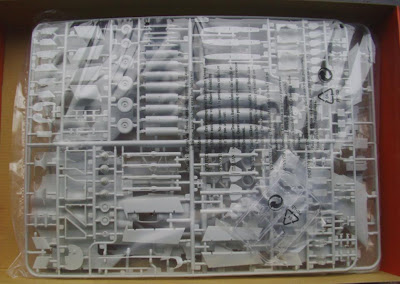 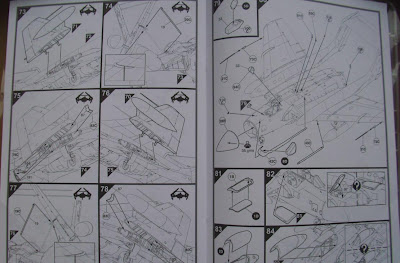 Posted by FalkeEins at 04:51 No comments: