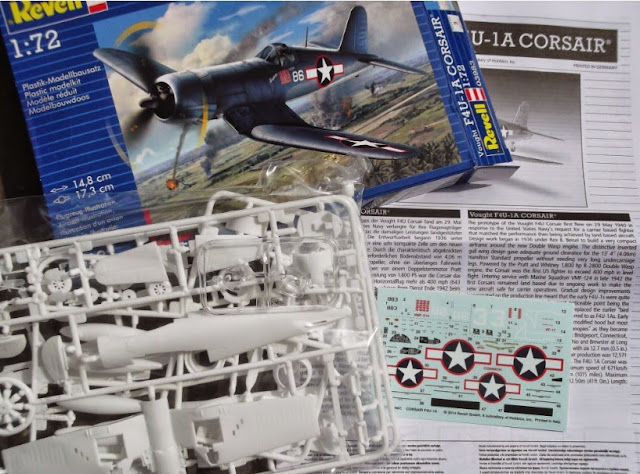 ...so following a pretty ordinary if not downright disappointing 2014 (in modelling terms) this is my first build of 2015- the new-tool Revell FU-1 Corsair. I was really looking forward to this kit, but, oh my, that terrible white plastic!

first up, the plus points; fine surface detail, a detailed engine / cowling and cockpit, nice decals, a semi-reasonable fit and a sensible price tag. Negatives; unfortunately the kit has the two inner wing pylons of the F4U-1D, not the centre line pylon of the F4U-1A. There is a tear-drop shaped recess in the rear of the oil cooler inserts to take the pylons which are a little tricky to fill. The propeller blades have a 'cricket bat' shaped profile, instead of a 'baseball-bat' shape. I've seen some comments about fuselage length issues; compared especially to the plans in the Detail and Scale books. 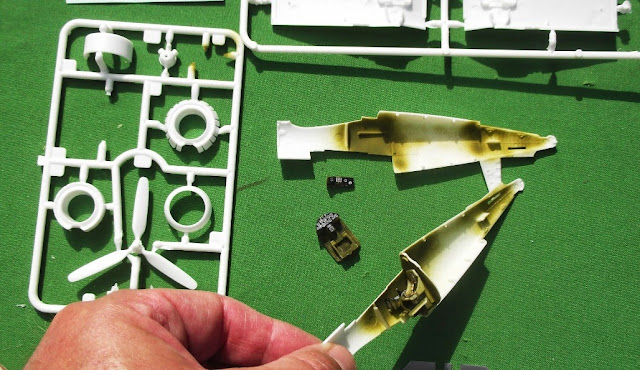 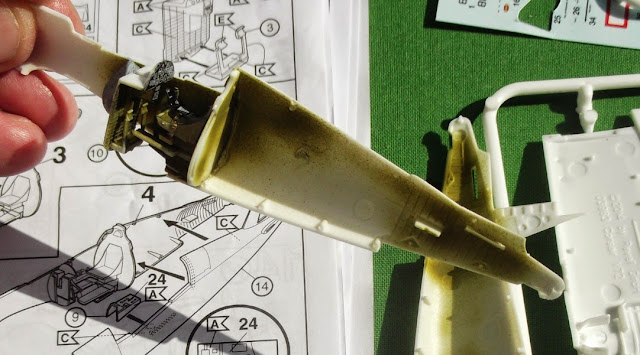 The build is a little tricky in some areas - 9 parts for the wing and some awkward joins are the result. Also the wingtip joint forms the outer edge of the aileron hinge. The cowling ring match up with the two cowling sides is a little tricky too, leading to some more filling and sanding. The main gear has no positive placement for the strut support which was a problem, particularly as these are added 'blind' with the wings together. I could not find a position in which, when they were mated with the gear legs, gave the correct 90 degree alignment for the latter.

As I said above, a pretty ordinary kit, which was a little disappointing. Even if you aren't really worried by any potential shape issues - it certainly looks like a Corsair - a straight-forward build would have been nice. This certainly isn't really one of those. Conversely, the Corsair enthusiast will probably not worry overly if he has to put a bit of care in, but he is likely to be concerned at any possible dimensional inaccuracies. So to some extent  this Revell new-tool falls between two stools a bit. Probably only a 7/10 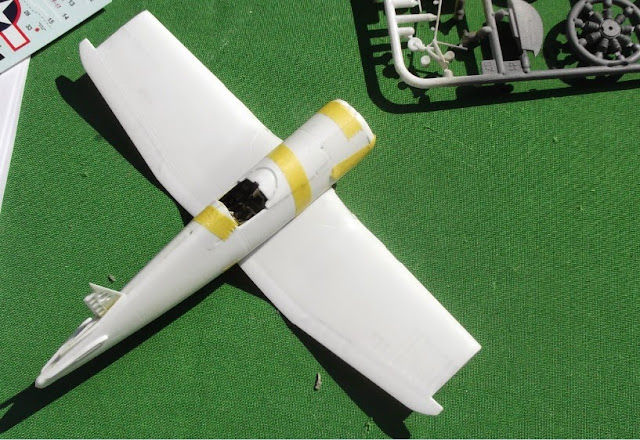