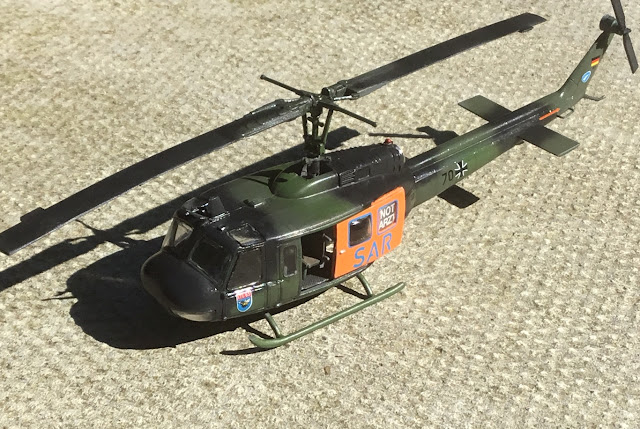 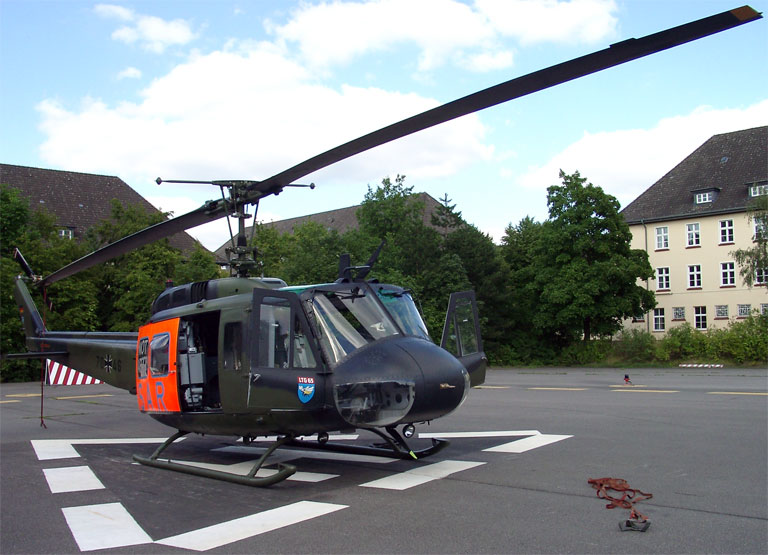 Dornier-built Luftwaffe Search-and-rescue (SAR or 'Suche-und-Rettung' in the German) Bell UH-1D Huey helicopter. This particular machine was constructed in 1969 - some 350 Hueys served with the German Bundeswehr and are only now just starting to be replaced by the Airbus Helicopters H145 after some fifty years service. This Huey is now a 'memorial' and was stationed at the Wandsbek Military hospital (Bundeswehrkrankenhaus) in Hamburg.. 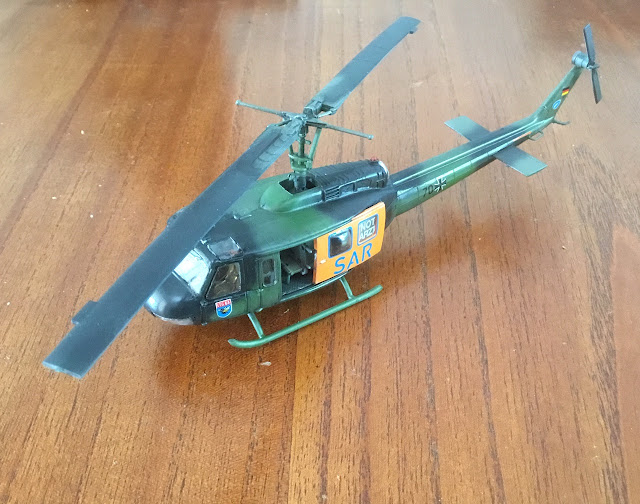 Monument of a Bell UH-1D helicopter honoring the decades-lasting participation of the German Armed Forces in Hamburg's pre-hospital air ambulance care. Located at the military hospital; taken on August 30, 2008, just prior to the inauguration. 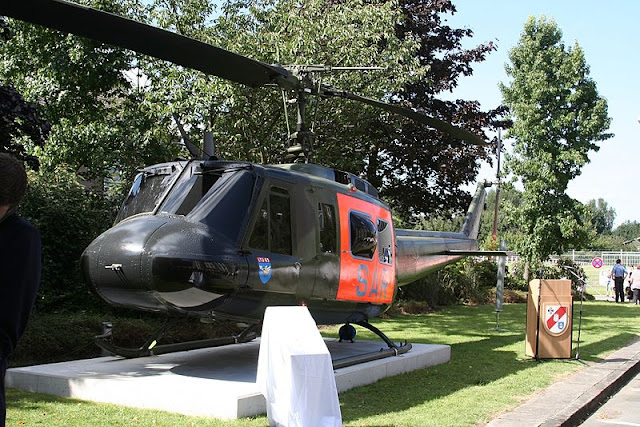 This model is another 'save' from the 'shelf of doom'. It was a build that ran out of steam way back when I realised that the two fuselage halves did not fit together. Relatively neat interior but not much can be seen through the overly thick clear parts. Problems really started when I got some thinner on these -  reacting with the plastic they quickly became opaque and no amount of polishing could get them clear again. The fluorescent finish on the doors was another trial - even over primer. I started to put the decals on early in the build - but they were stuck fast to the backing sheet and had to be carefully pulled off  the sheet with the edge of a scapel blade. The fuselage codes on one side promptly folded over themselves. Still, it is another completion..and an interesting subject. 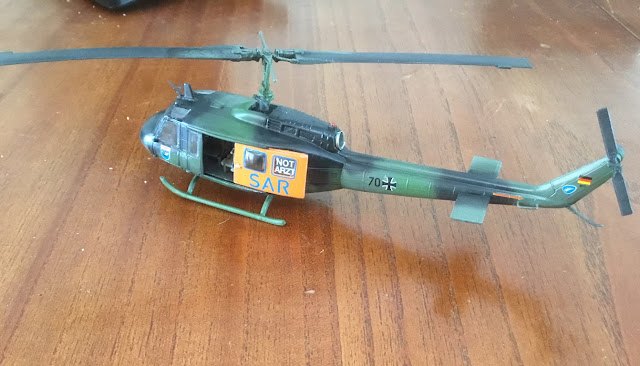 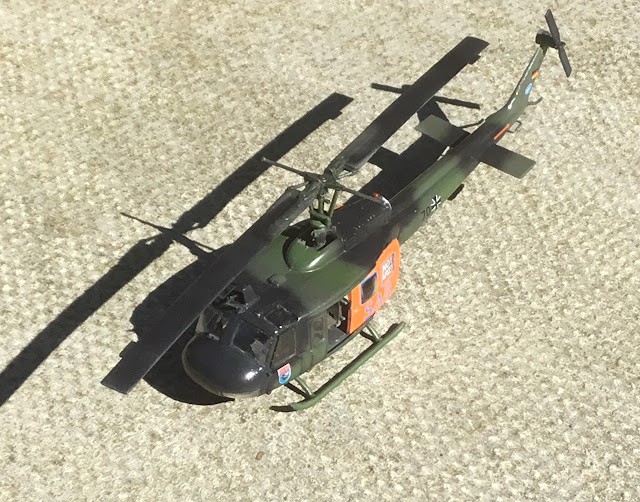 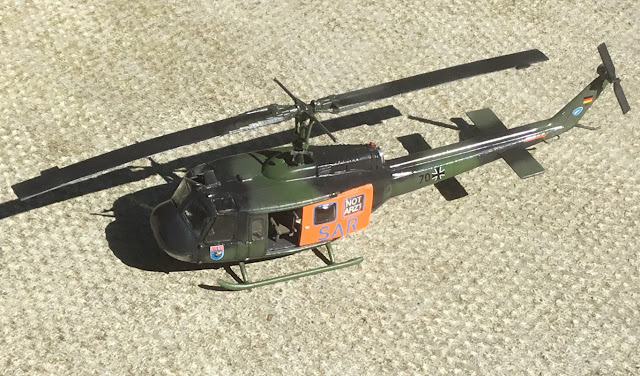 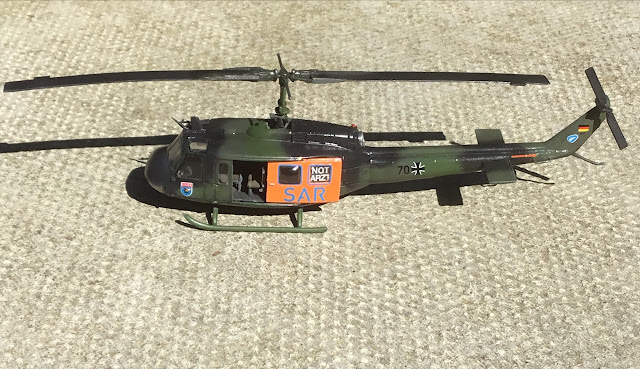 Rotary aircraft from the German Air Force and Army Aviation were great supporters of Northolt events. In 2006 multiple examples of the Bo105 were joined by a UH-1D Iroquois #avgeek pic.twitter.com/ERR3KWfk0A 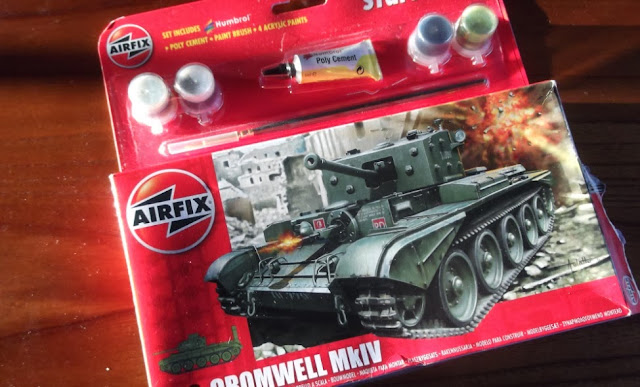 New-tool Cromwell (back in 2014) which I had never got around to finishing back then. Finished by brush with the acrylic pots in the ‘Gift Set’. The wheels have been given a very diluted wash of sand/earth and the hull has received a 'black' wash to highlight a bit of the detail.
Still a few items such as the stowed tools etc to detail paint and a burnt umber oil wash away from completion..
Now to finish that Zvezda Panther... 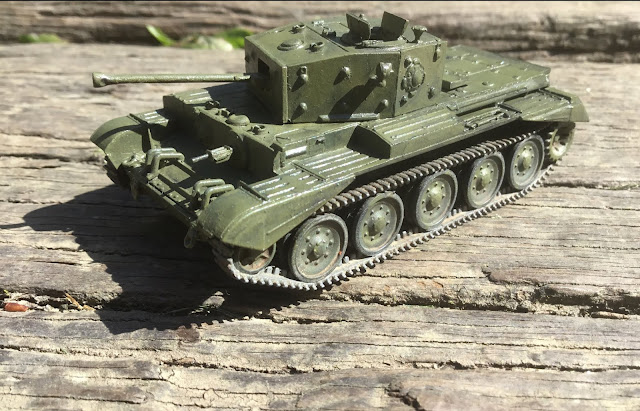 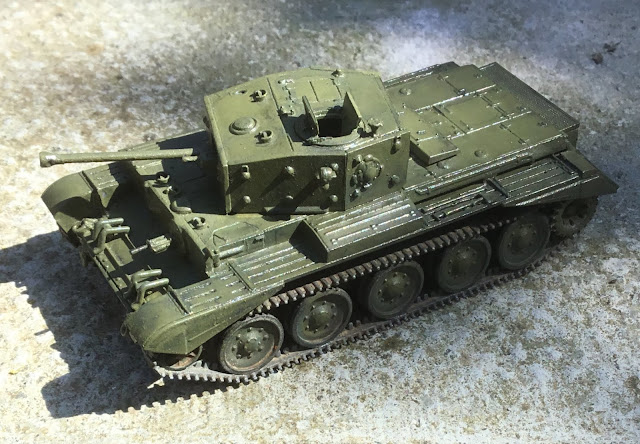 a few detail views of Bovington's Cromwell from "World of tanks - inside the tanks" vid... 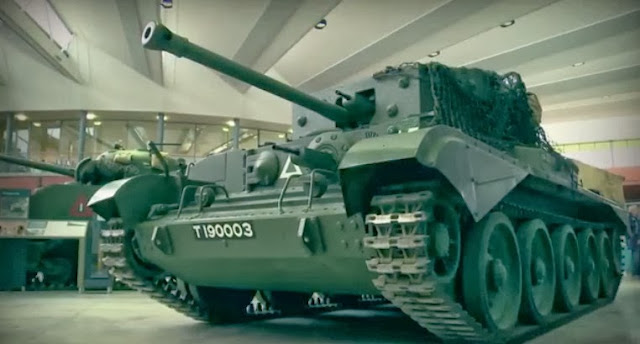 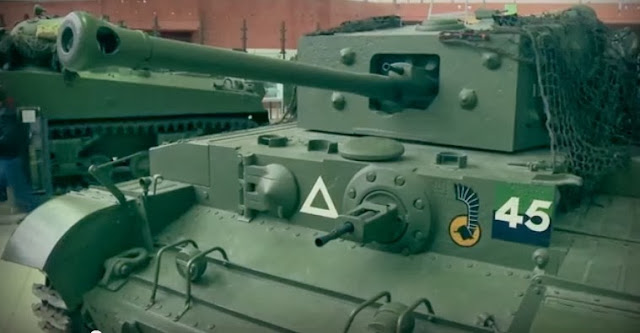 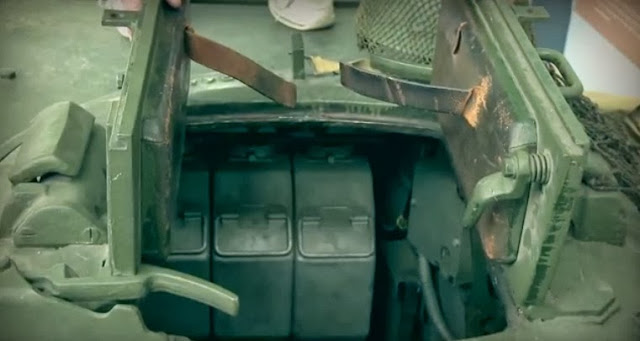 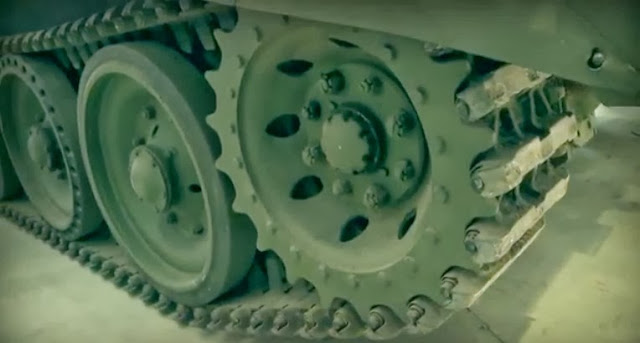 
First of a few 'shelf of doom' builds to get a finish during the current lock-down which will be posted here over the course of the next few weeks....’old’ Hase Hellcat finished with Kagero decals, including swastika ‘kill’ markings...

Grumman F6F-5 Hellcat from the USN VOF-1 'White 8' and operating from CVE-72 USS Tulagi during the landings in the south of France, Operation Anvil-Dragoon 1944. Flown by Ens. Alfred R Wood and Ens. Edward W Olszewski 15th August 1944, ‘ white 8’ intercepted and shot down four Ju
52s attempting to fly into Marseille... 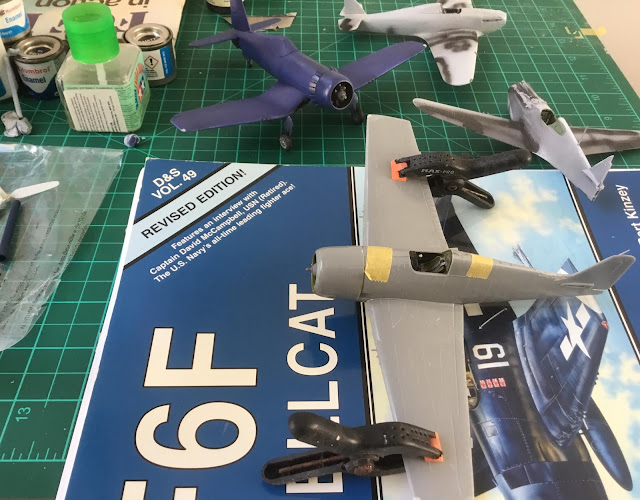 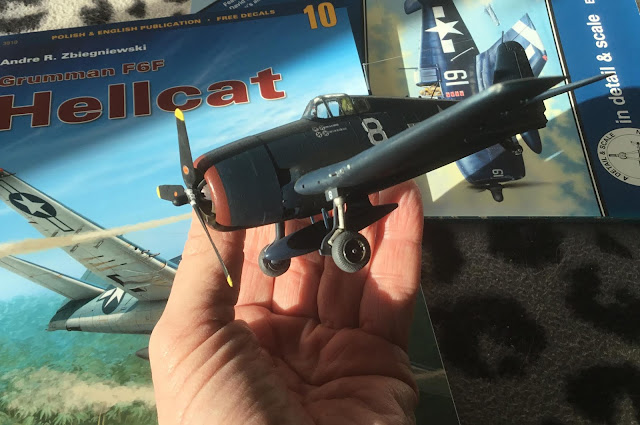 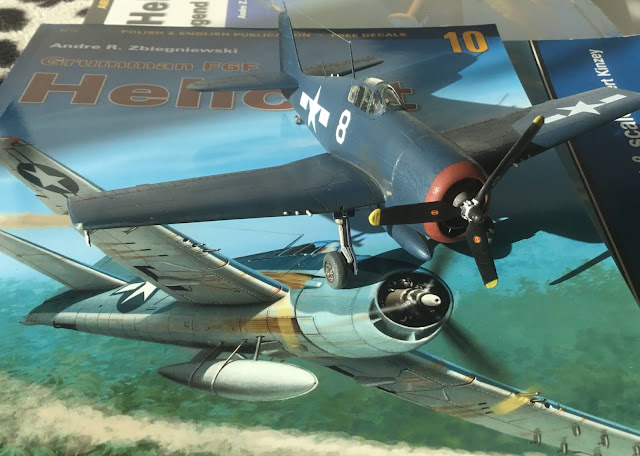 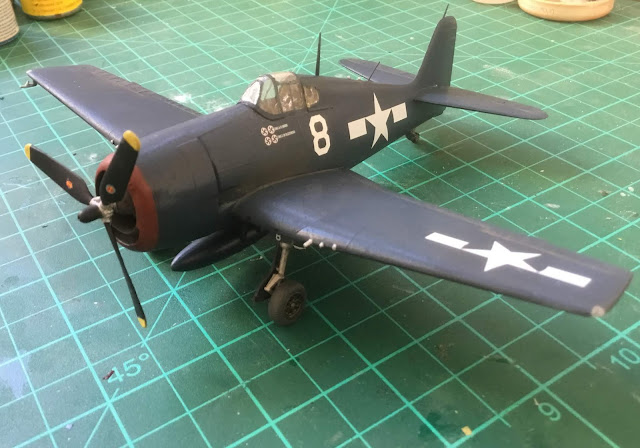