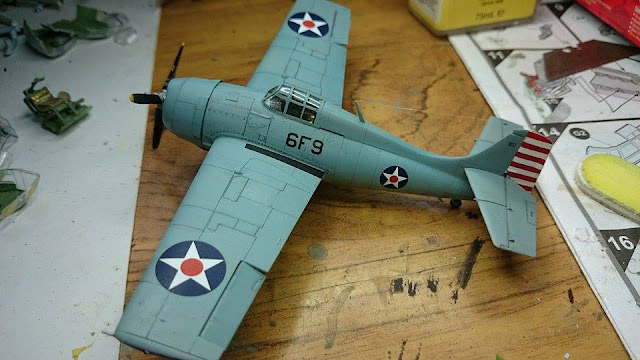 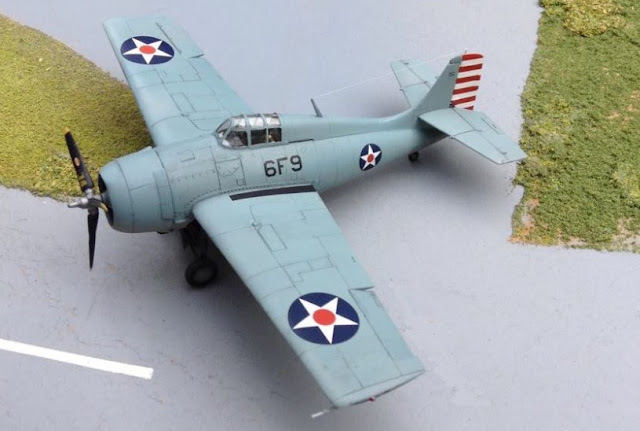 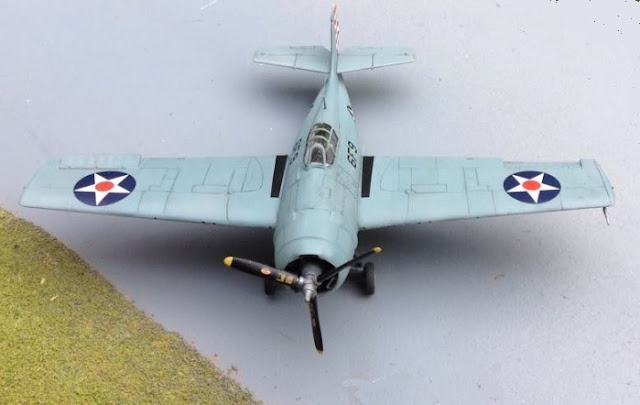 Meant to be a four day build during December, I finally finished the Wildcat after nearly two months. Not Airfix's fault this time I hasten to add - this is a neat and nicely detailed little kit, with a folding wing option and open or closed canopies also in the box. Ailerons and rudder are also separate parts. The rudder markings are decals, rather large too as well, but if you lay them over the part and let them dry, it is relatively easy to simply cut away the excess. The only real 'problem' was the finish - I used the recommended Humbrol enamel in the new formulation/tins - it was rubbish !  I can usually spray enamels straight onto the plastic; here I had to wipe off the first coat and apply a coat of primer before re-spraying.. 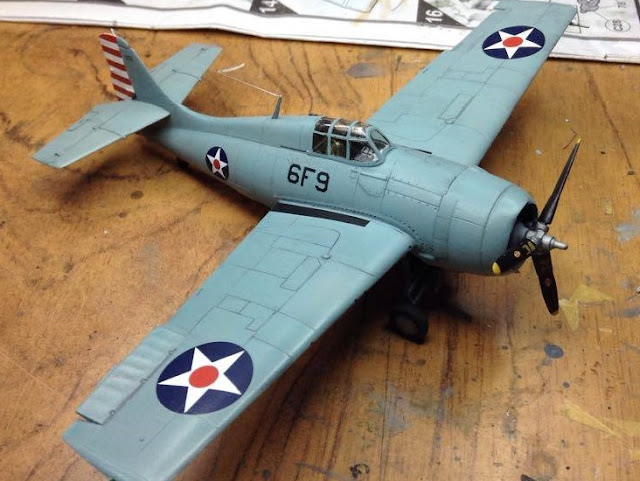 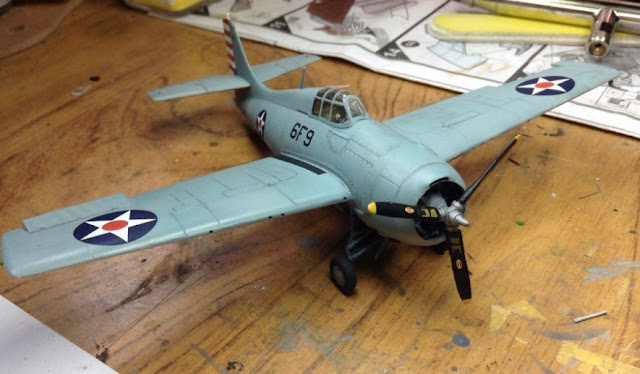 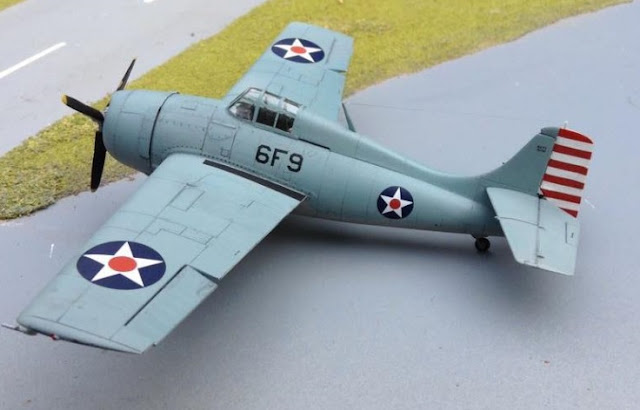 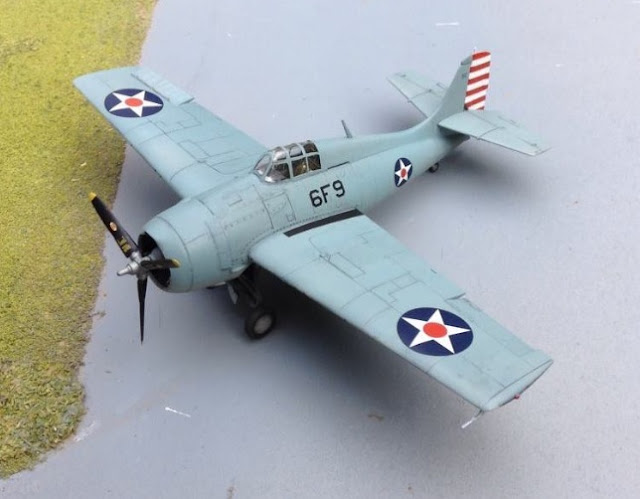 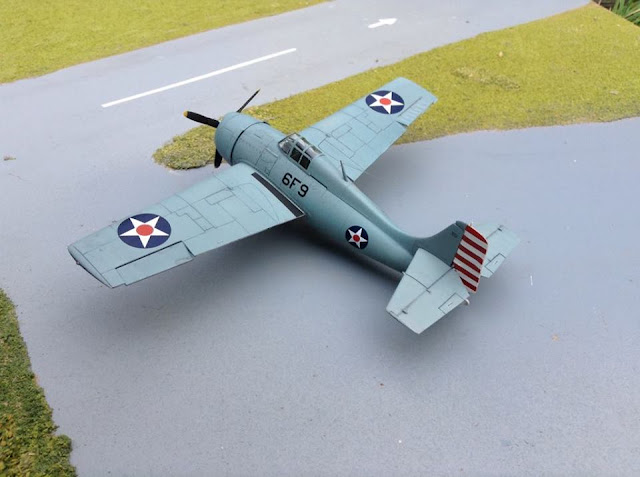