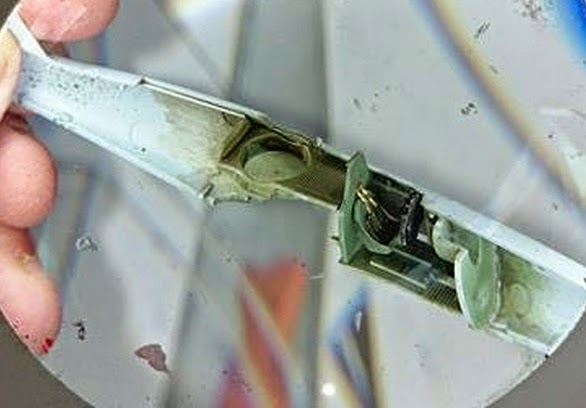 cockpit is reasonably detailed including stick, rudder pedals and a coloured decal for the instrument panel, The wheel well insert is nicely detailed too.  All I've done here is added some foil belts. I have acquired an Airwaves etch set designed for the 'old' Defiant, but see no need to use it here. Parts fit well, no filing or fettling required. I'll probably need a smidge of filler along the wing root and just under the nose at the wing join..Next job will be to cut out the wingtip lights and replace with a lump of clear sprue sanded to shape and probably add from sprue or wire the prominent bracing struts behind the pilot's head armour. Not much else to report.. 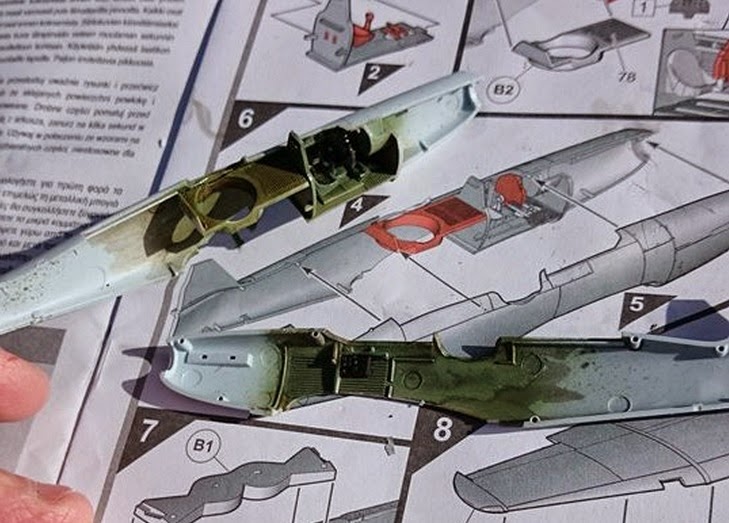 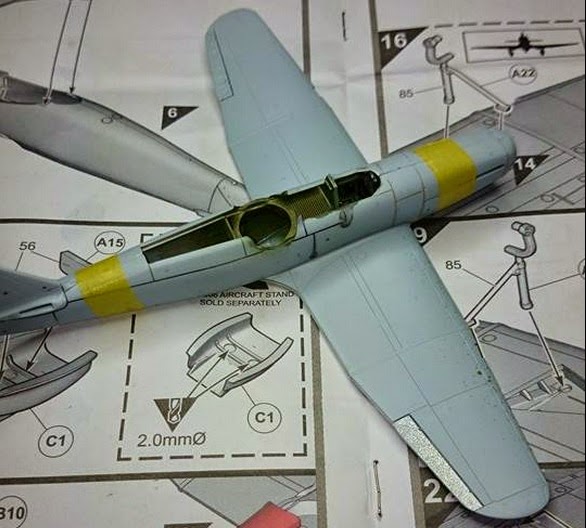 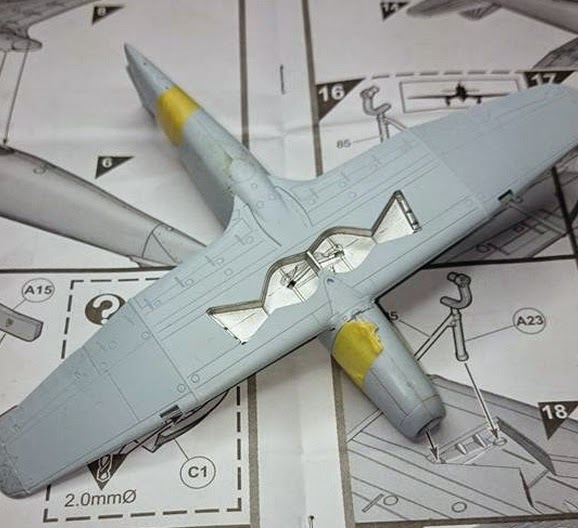 Posted by FalkeEins at 03:00 No comments: 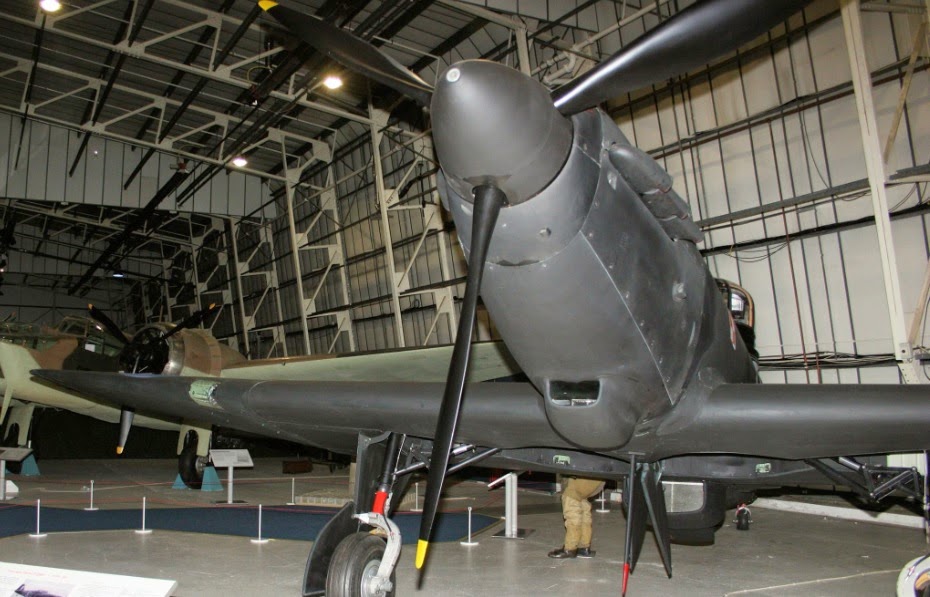 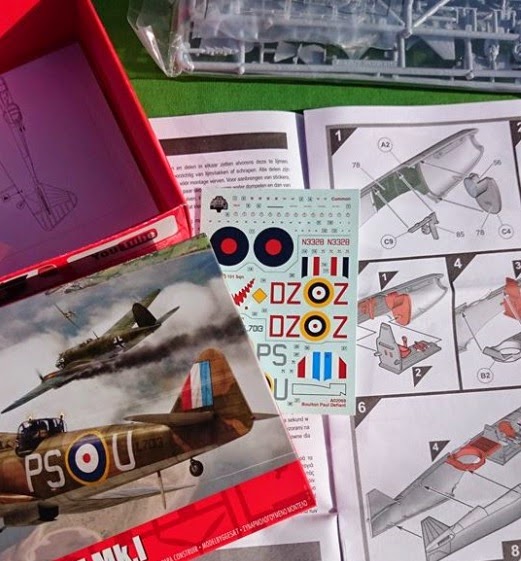 A few days off to restore the 'mojo' and make a start on a couple of the new Airfix Defiants. The Defiant holds a unique place in the history of the RAF being the only 'turret' fighter to see service. The 'old' Airfix Defiant must have sold thousands over the years but is a pretty dreadful and rather elderly kit, with its misshapen nose, short tail and generally poor fit of parts. 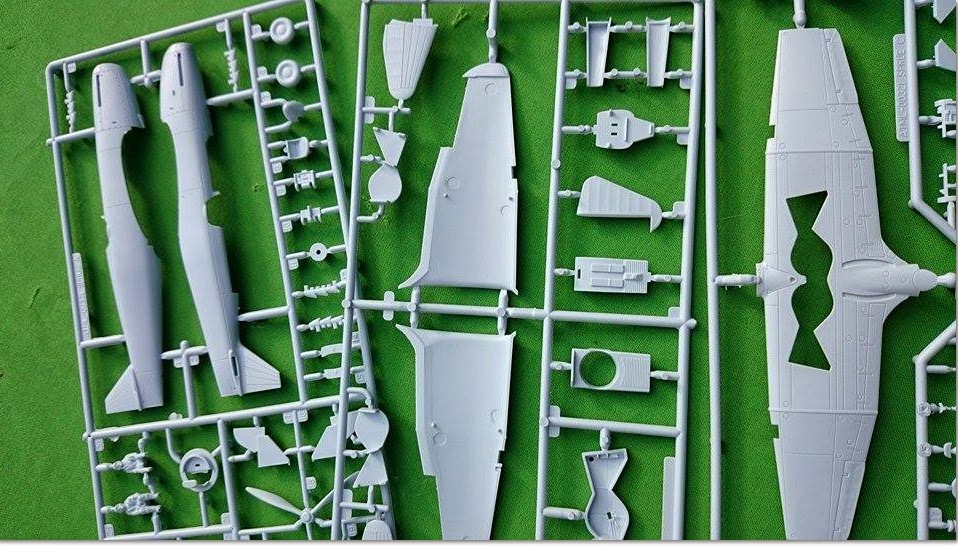 The new-tool Defiant from Airfix (main sprues above top) seems to have captured the imaginations of many modellers on this side of the pond..the kit presents lots of options - open/closed canopies, rear fuselage decking raised or lowered etc - and is well detailed and molded. Panel lines are engraved and not too deep. I've made a start on the nicely detailed cockpit, above, although in reality the aperture is so small not much will be seen..Elsewhere Rob 'basic modeller' has a concise and pretty neat review of what's in the box which you can view here - just one click ..


References for the build are pretty thin on the ground, although Alec Brew's Crowood title "Turret Fighters" and the Mushroom 'Defiant' books are well worth hunting down for this build. Here I've grabbed some stills from a wartime training film and the video is also available to watch here with a single click. 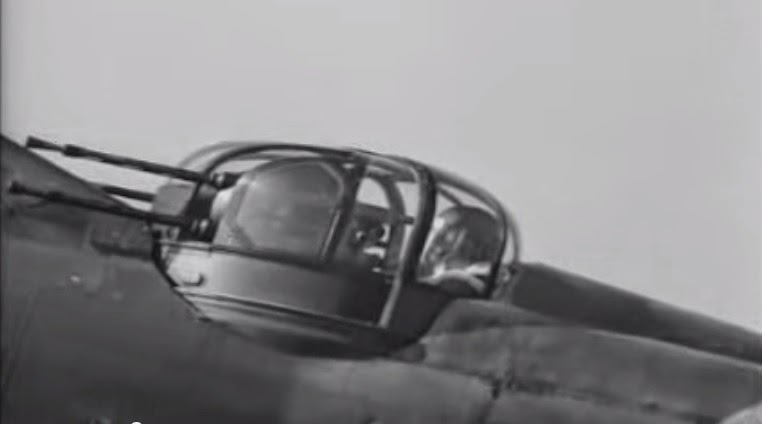 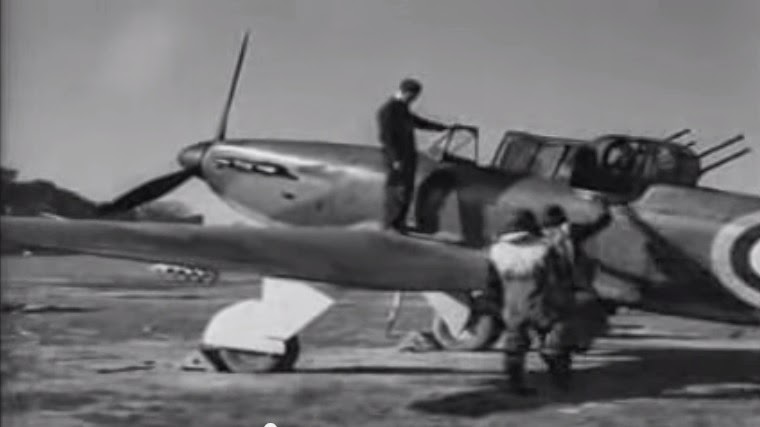 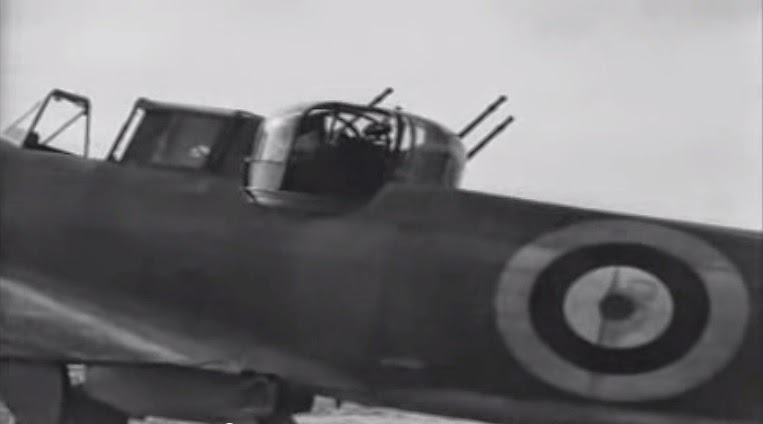 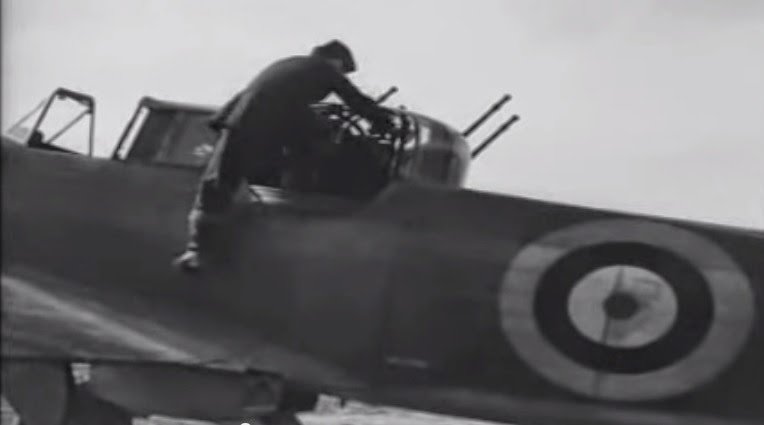 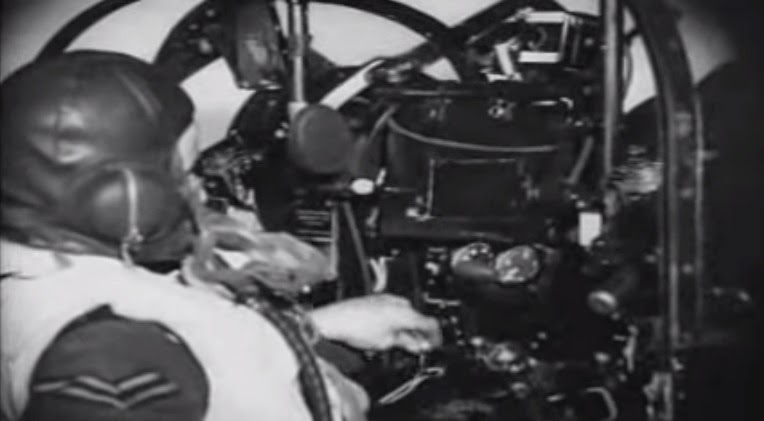 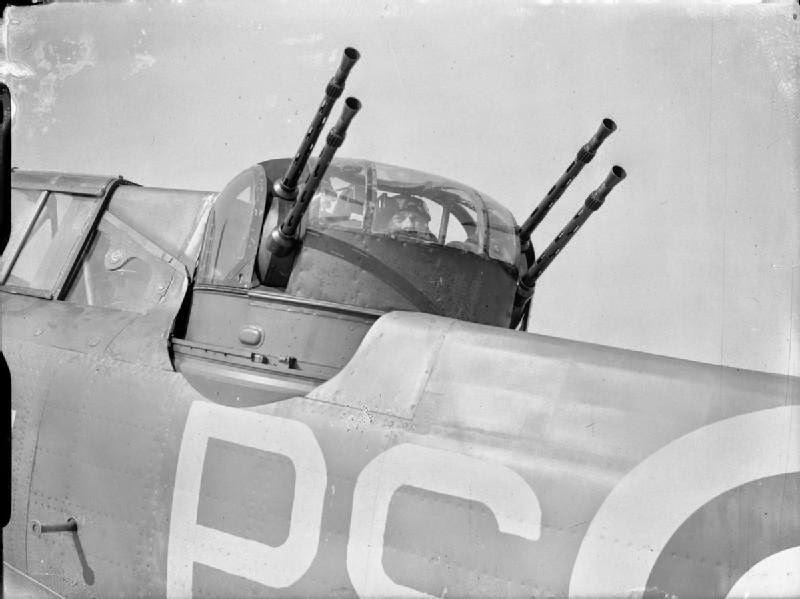 There have been a good number of questions concerning internal colours and turret details for example. For example, the turret framing appears to be in black even on the camouflaged DE/DG Defiants. Only the base of the turret appears to have received any camouflage although even here that is not obviously evident. Photographic evidence (such as it is) indicates early Defiants had aluminium painted wheel wells with the insides of the doors (and the undercarriage legs) being either night or white depending on the lower surfaces colours. There are indications that the door colour carried over when the undersides were repainted Sky.

There is some suggestion that the wells should in theory be some sort of internal green colour, while a number of images show the insides of gear doors to be black. Note the black upper gear legs and actuators in the images below. The lower unsprung portion of the undercarriage would be aluminium, as would the wheel hubs. The RAF Museum Hendon example featured a totally black finish on every part of the airframe - as seen in the walkaround pics in the Mushroom Defiant publication - but was almost certainly over-sprayed at some point in the past while being prepared for display. Following a two year repaint and restoration, certain details - such as the gear legs - have been restored and repainted to what one assumes was their original configuration. A brief look at the Hendon machine in a short walkaround vid. A single click to view here.. 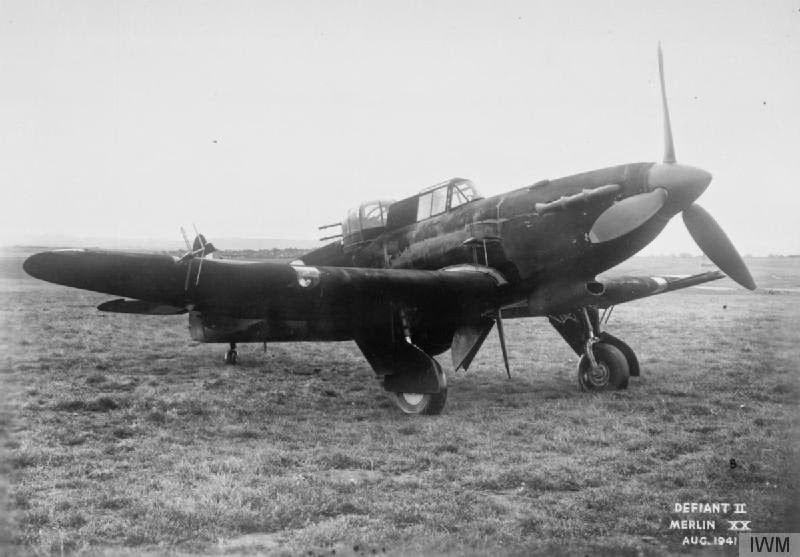 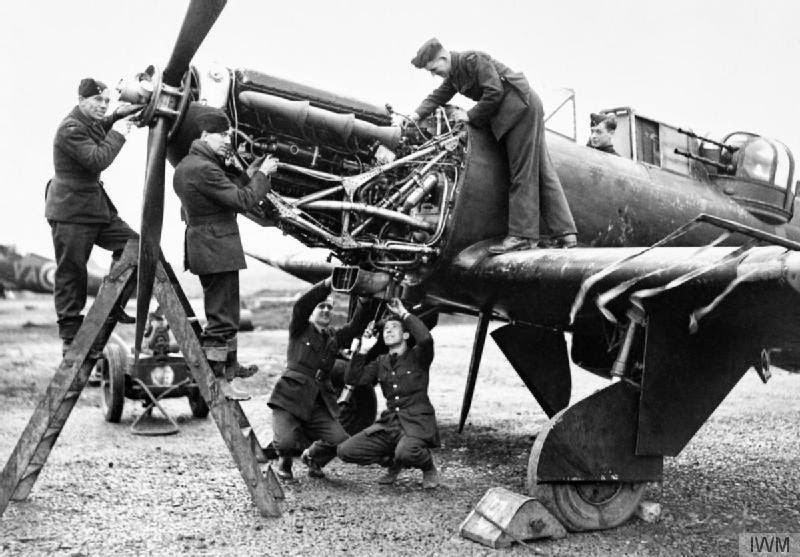 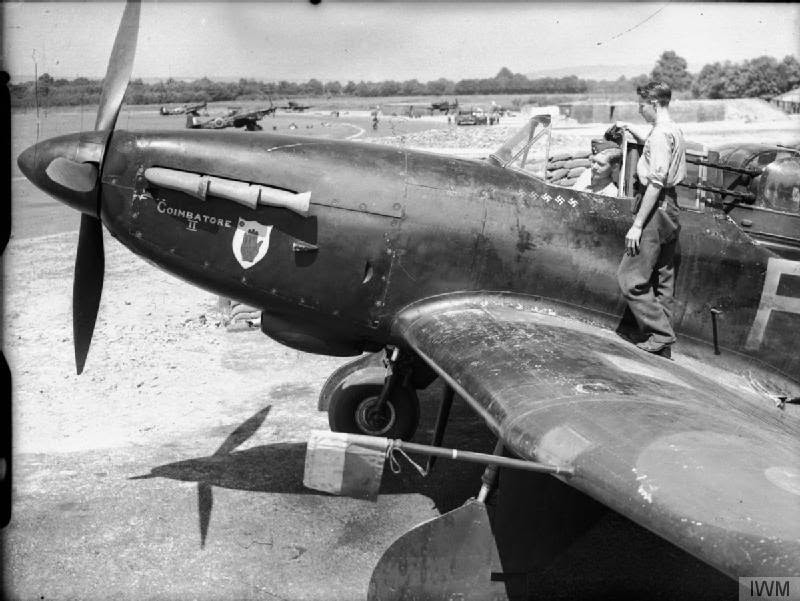