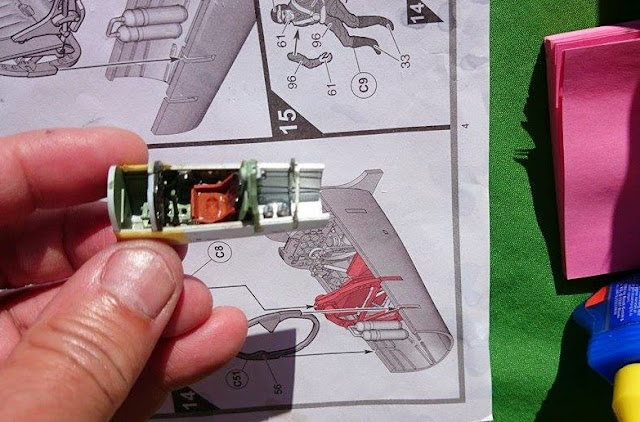 ..assembling the cockpit and fuselage on my first new-tool Spitfire Mk 1.. So far so good. Lovely kit, no real problems with fit - just a couple of parts snapped where the large sprue flexes. A bit of fettling is required to get the frames (?) to 'sit' properly in the tub. I don't think the instructions are explicit enough in some areas. The cockpit walls (C1/C2) are not meant to fit 100% flush to the fuselage bulkhead (C52) as they 'overlap' to then lock into the fuselage halves, but no- where is that indicated. Bit of trial and error there. Note the pilot's door can be easily cut out - the open door is supplied as a separate part and there are a choice of forward cowls with reinforced frame mount -or not - depending on the variant being built. 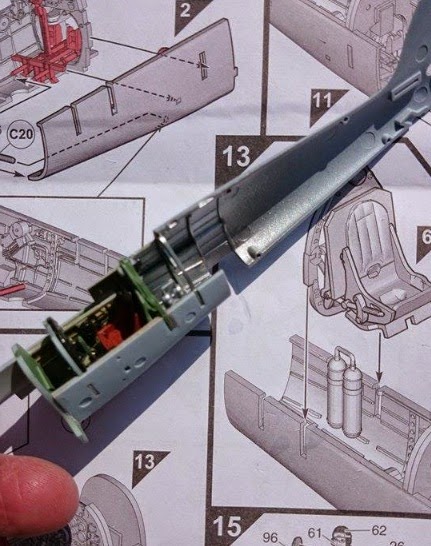 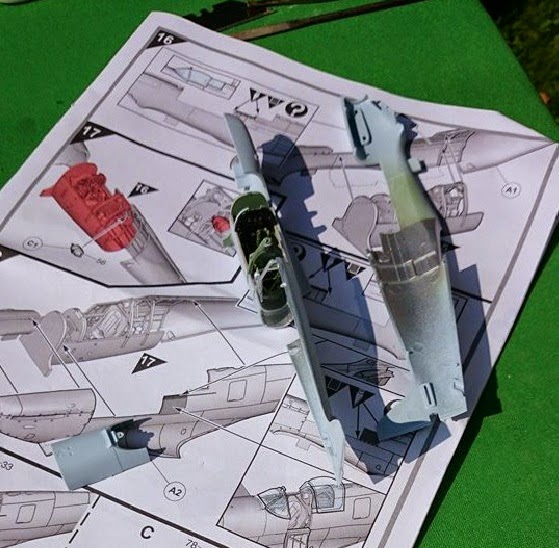 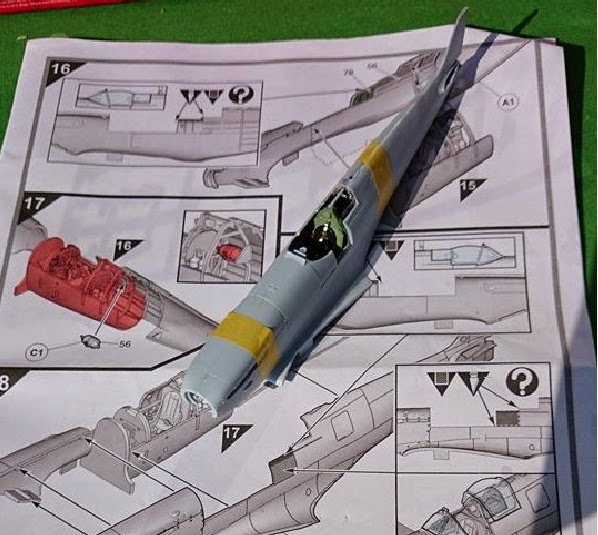 ..cutting out the gun bay covers, both upper and lower wing surfaces. 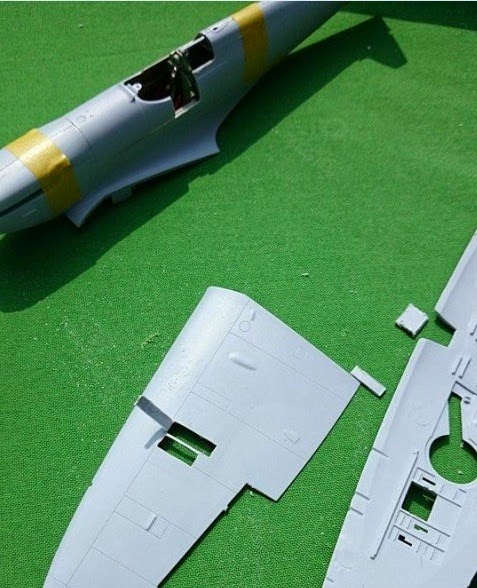 Posted by FalkeEins at 23:59 No comments: 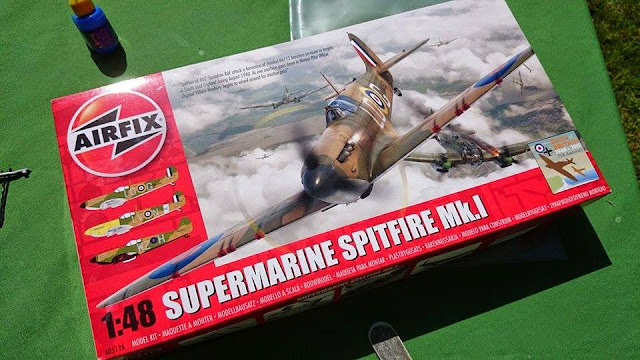 ..another new tool from Airfix, Battle of Britain Spitfire Mk I in 48th scale - lovely kit with lots of options.  There are three different props and canopies, optional cockpit side walls and separate cockpit entrance doors. In addition you'll find both types of undercarriage pump, different gun sights, regulators and even armour plate fits. Excellent early exhausts are also provided. Its possible to build an accurate representation of almost any Mk1 from this kit, including pre-war minus the cockpit armour. The striking box art depicts the 602 Sqn a/c LD* G flown by PO Osgood Villiers Hanbury who shot down his first Dornier on 15 September 1940. A local Kent boy as well, attending boarding school in Broadstairs before Eton and study periods in France and Germany before a job in a City with Shell, where he made the acquaintance of one Douglas Bader as detailed in Roderick-Jones nice Grub St. bio " Pedro.."

.. another nice sunny day in the garden so this is the result of an afternoon's work. Note the rather nice instrument panel (decal), which compares very favourably with some Eduard pre-painted etch. You can click on the images for a closer view. 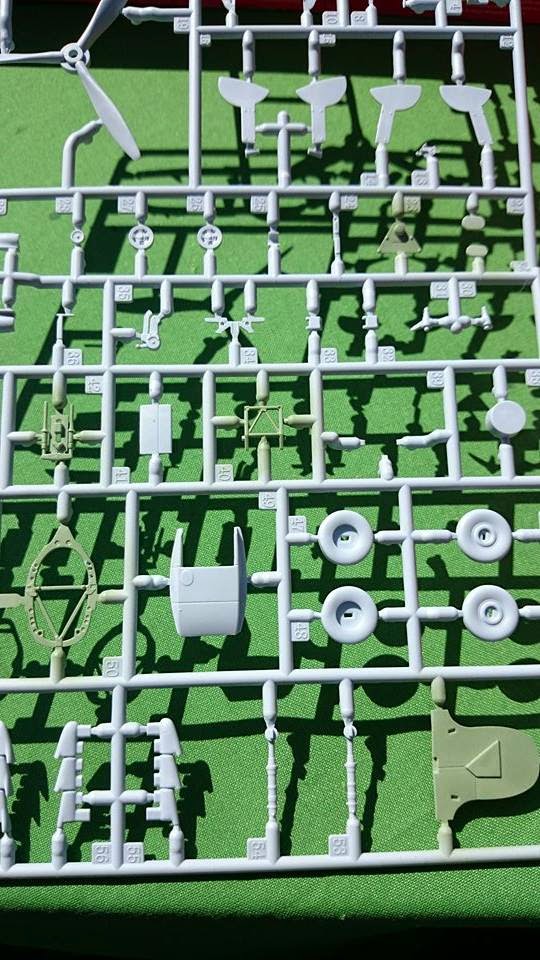 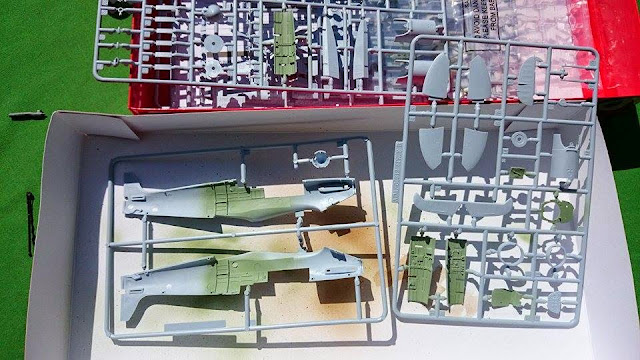 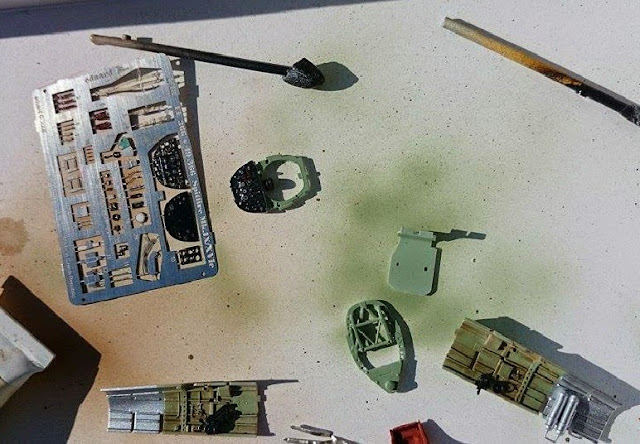 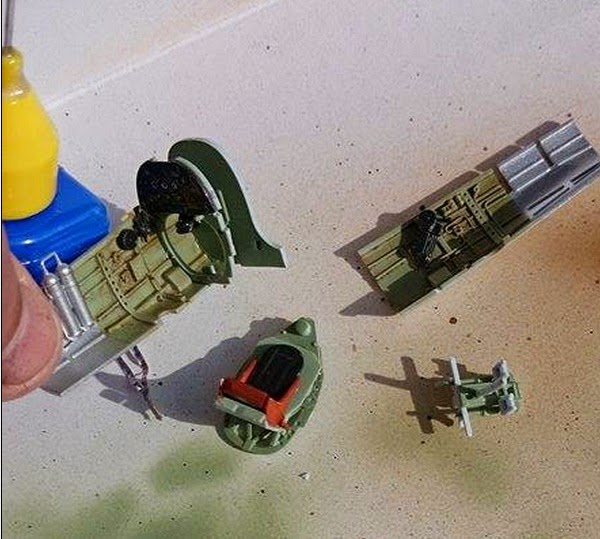 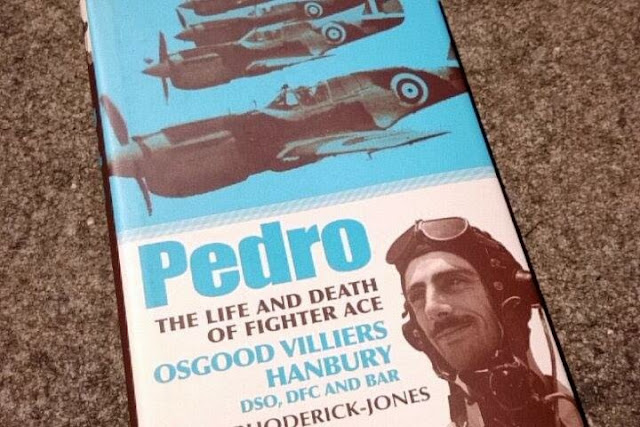 Posted by FalkeEins at 04:03 No comments: