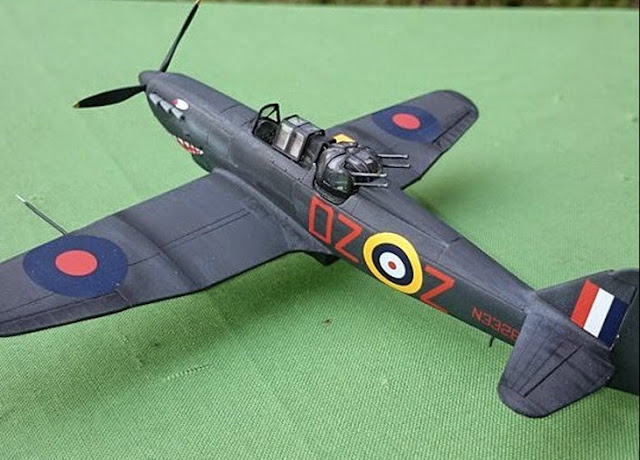 A few shots of my finished Defiant  night fighter using my phone camera.The model represents an RAF 151 Sq machine as seen early in February 1941 at RAF Wittering. Pretty pleased with the way the model turned out..the 'Night' finish I achieved more by good fortune than planning - Humbrol 33 on its own looks a bit too 'black' so I 'misted' some schwarzgrau 66 and then some light grey over the airframe until I was reasonably happy with the effect! An overspray of Windsor and Newton Galeria matt varnish really helps achieve that typical 'sooty' Defiant nightfighter look..

This new tool is another neat Airfix kit with no particular problems and plenty of detail. Scroll down the page for the build log. All the major components go together without any difficulty - the cockpit fits into the fuselage perfectly, although beware to get all the bulkheads aligned correctly as tolerances are tight. The wing root and undercarriage fit is perfect. The placement of the undercarriage doors is a little vague though and the head armour needs filing down a little to enable the canopy to sit over it properly. The decals are very good, but one of my serials rolled up on me; fortunately I bought two kits and am about to finish the second in the day fighter Battle of Britain scheme.. 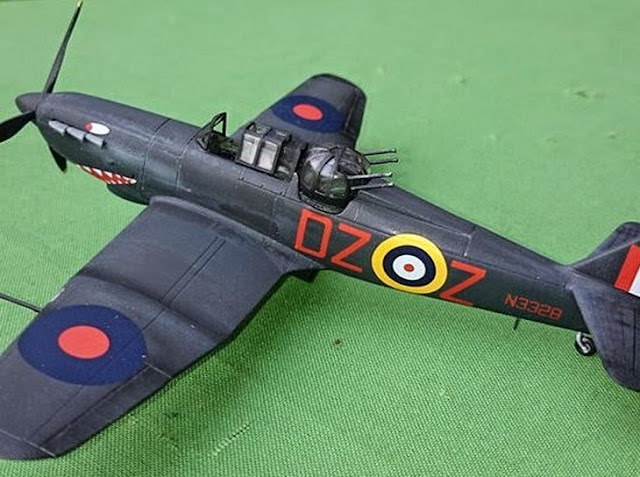 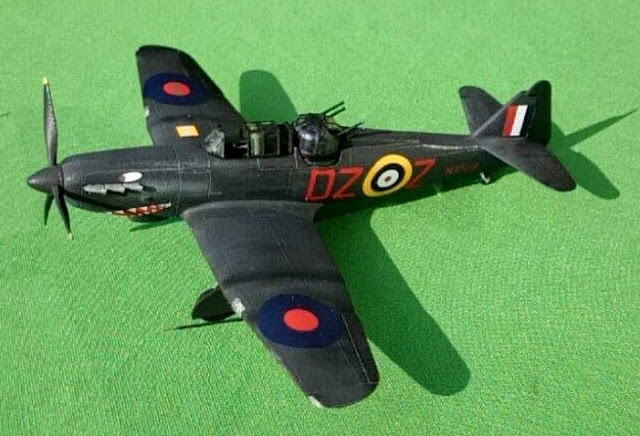 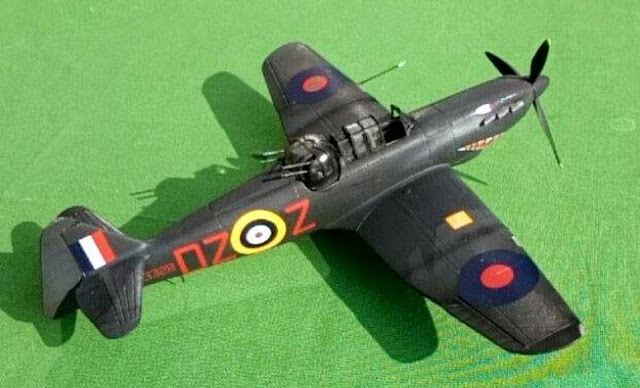 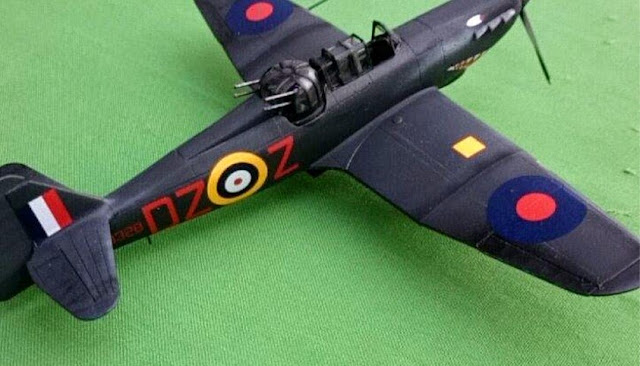 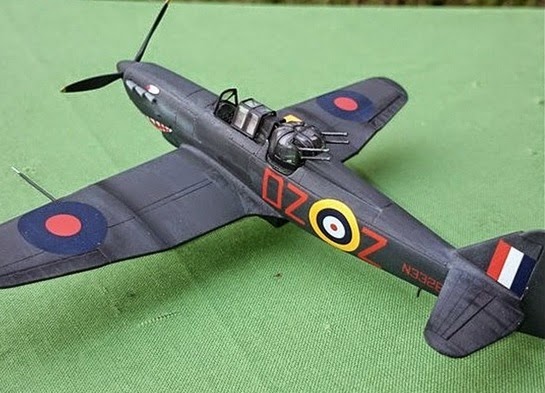 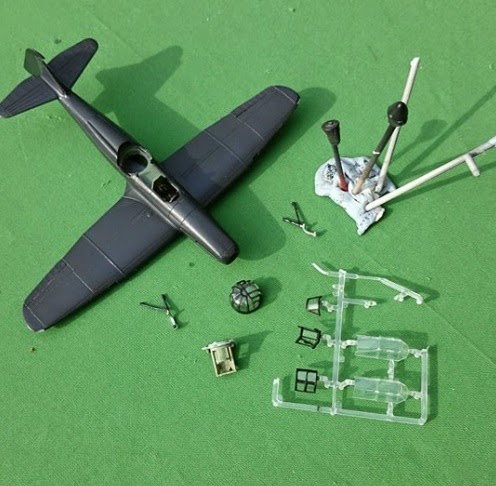 " ....All things considered the Airfix Defiant is the best all round kit I've seen in this scale..."
" ..Apparently the new one is even better. LOL.."

.. the first of my two coming along nicely - canopy and turret framing a real chore though! that, and trying to get a decent finish in black..here I've gone over the black with some schwartzgrau 66 to give it a little faded and worn look..three or four different canopy options on the sprue as well.. 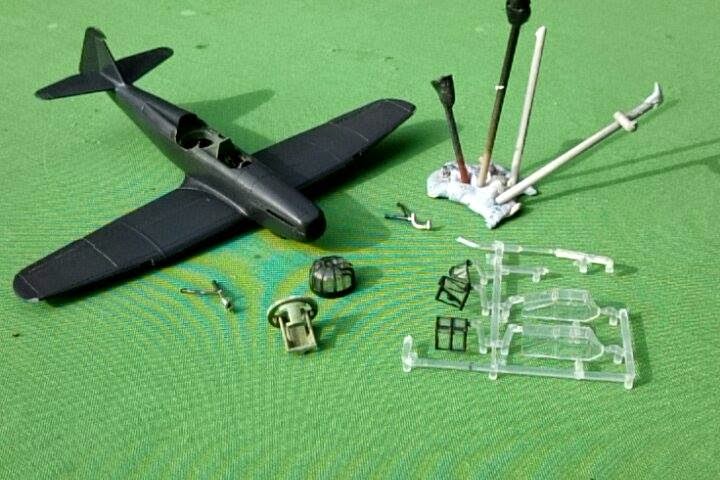 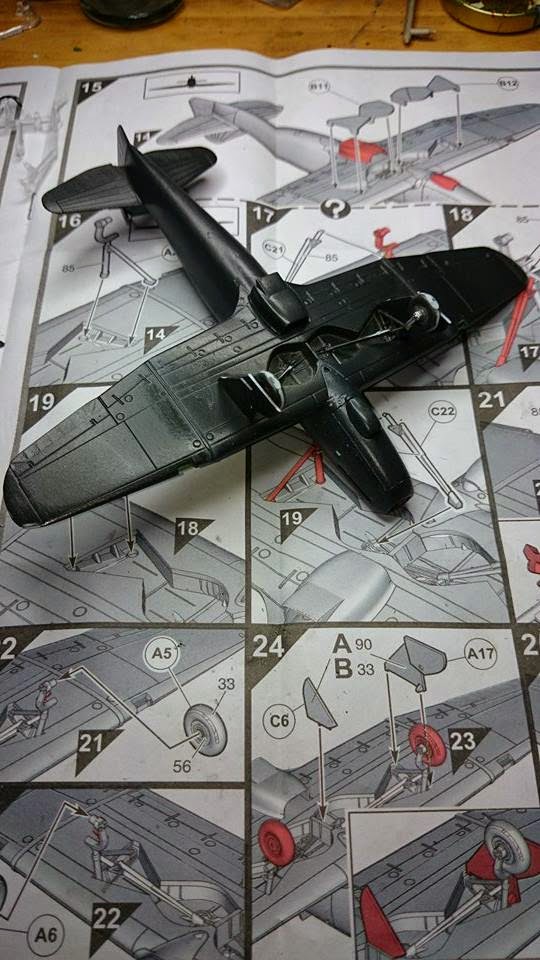 left ; gear on and drying; gear door fit/location is a little haphazard. The small curved triangular lumps at the front of the door are the hinges and can be clearly seen in the front view of the Hendon machine in the first Defiant post below..scroll down 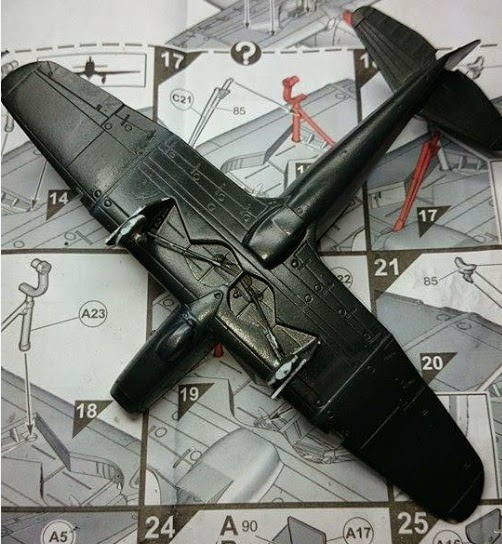 ...the (phone) camera flash makes the streaky effects I've added to break up the solid black look a little stark; hopefully should look okay-ish under a coat of varnish 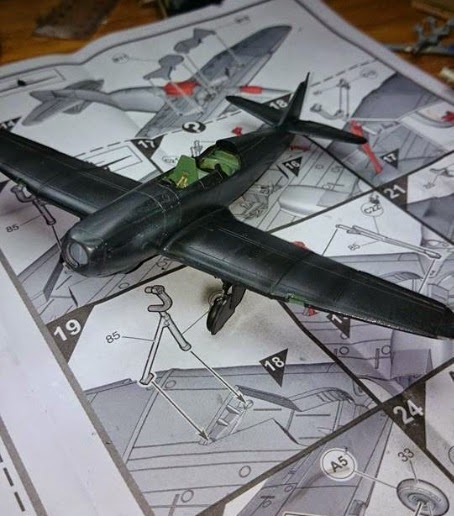 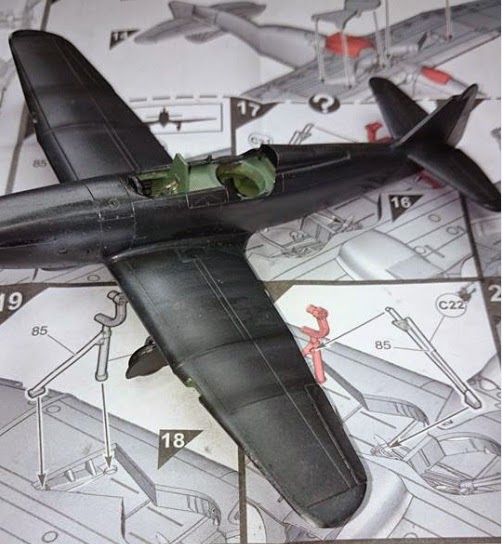