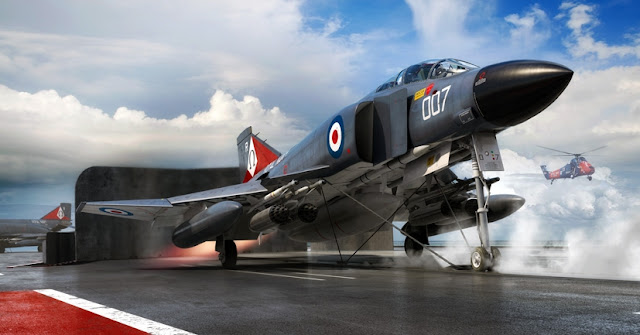 Here at last...but of course you know that. Far from rushing out to buy one or several I must admit to having had my potential enthusiasm for this kit somewhat 'dampened' by the first initial appraisals that appeared on various forum sites. Basically this new-tool Airfix has been compared a little unfavourably with the relatively ancient but good Fujimi kit. 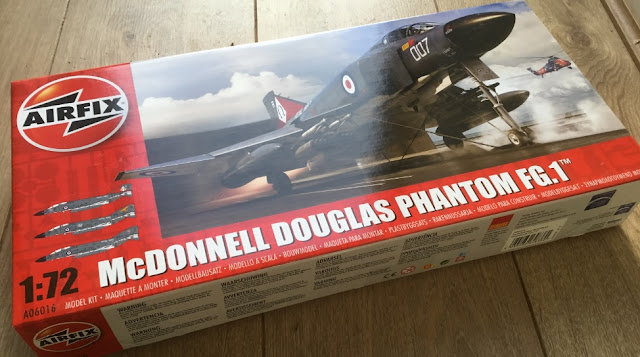 However I shouldn't have worried. This new-tool Airfix FG.1 looks spectacular in the box - loads of options - radome, radar, refueling probe, wing folds etc etc and the biggest decal sheet possibly ever on a 72nd scale jet. Not to mention the deepest panel lines ever..... 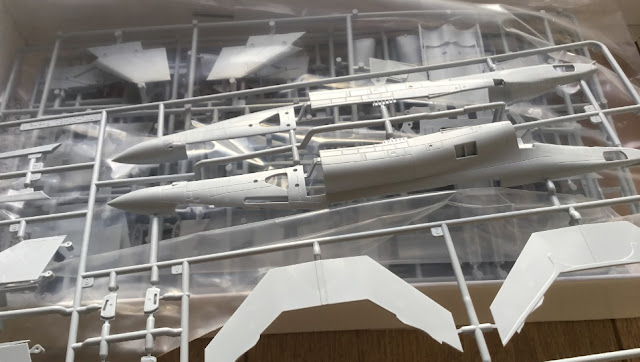 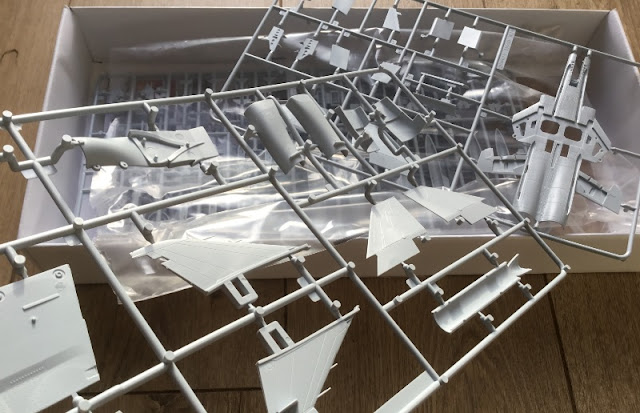 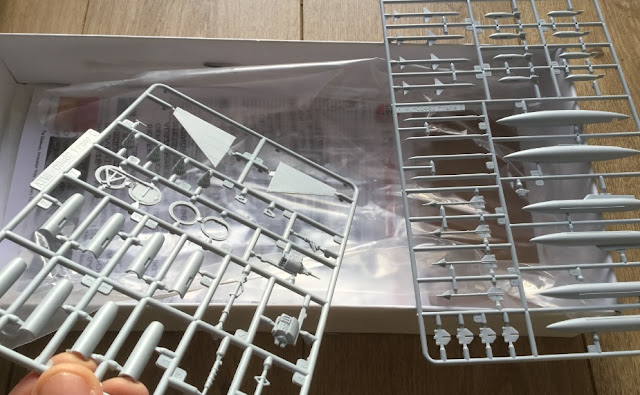 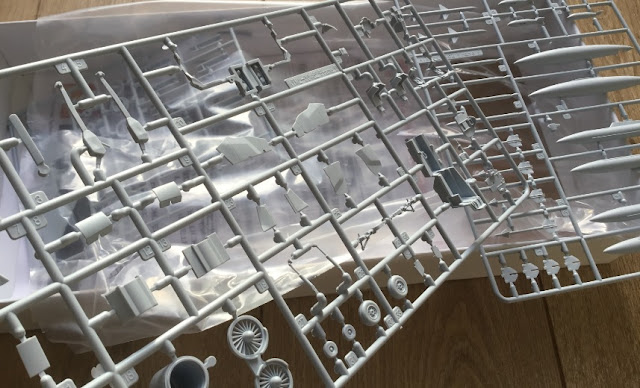 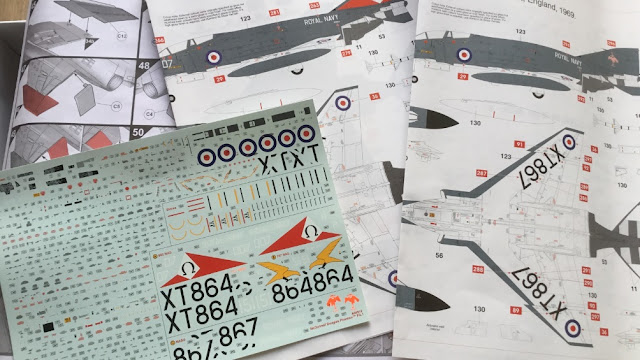 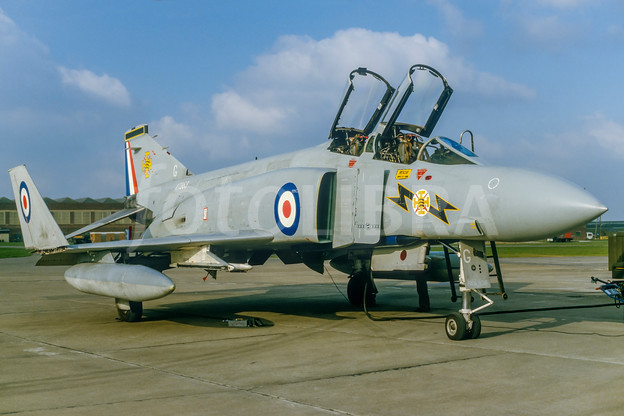 And via the F-4 SIG leader;  " Most of the available info suggests XT863 had a single colour grey overall, which looks to me to be Light Aircraft Grey. This includes the colour of the missiles. As is usual with photos, the only true reference is the guy who painted it. I have heard a story this was an experimental scheme, though the stonger evidence is that it was one of 111's many special schemes.." 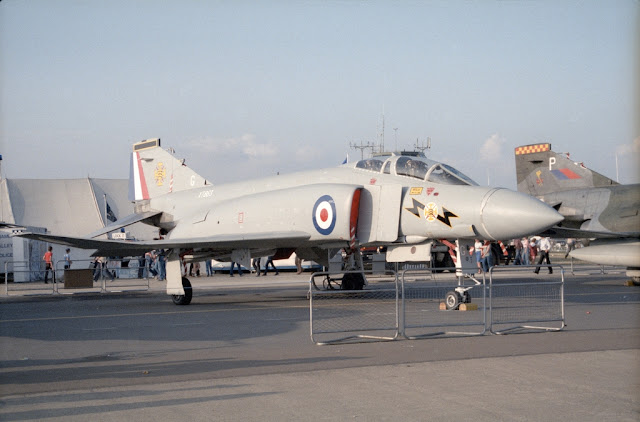 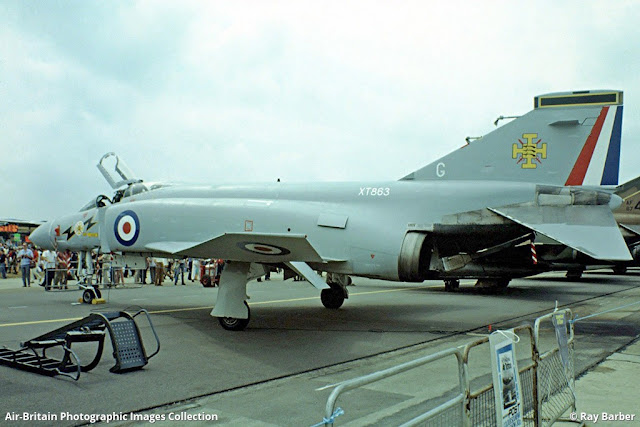 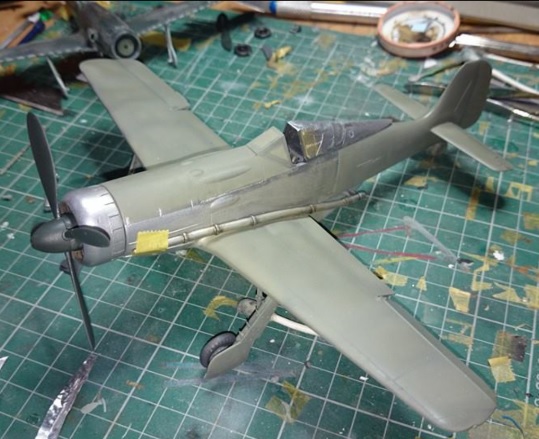 Despite my gross 'hamfistedness' in a number of areas my Hobbyboss Fw 190 V-18 is almost at the decaling stage...nice kit, albeit somewhat inaccurate in a number of areas, especially the cockpit which appears to be a little over-size and rather toy-like.. 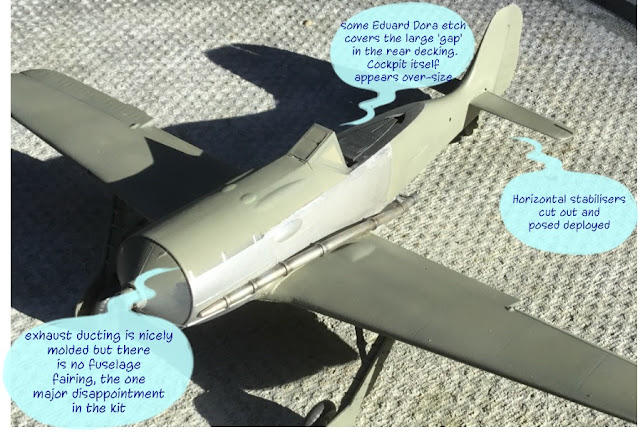 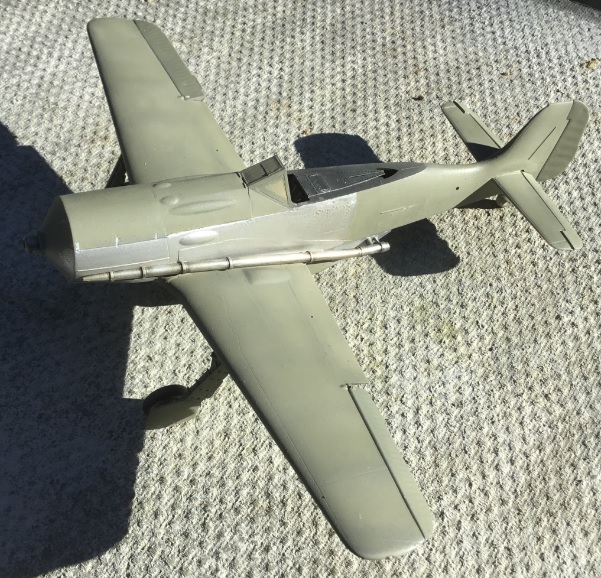 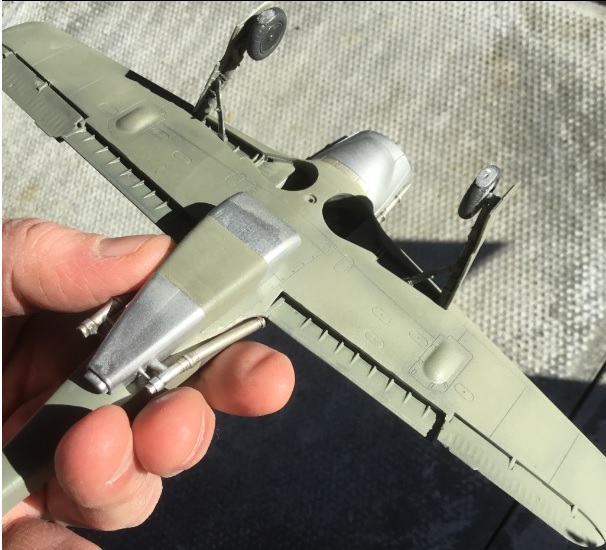 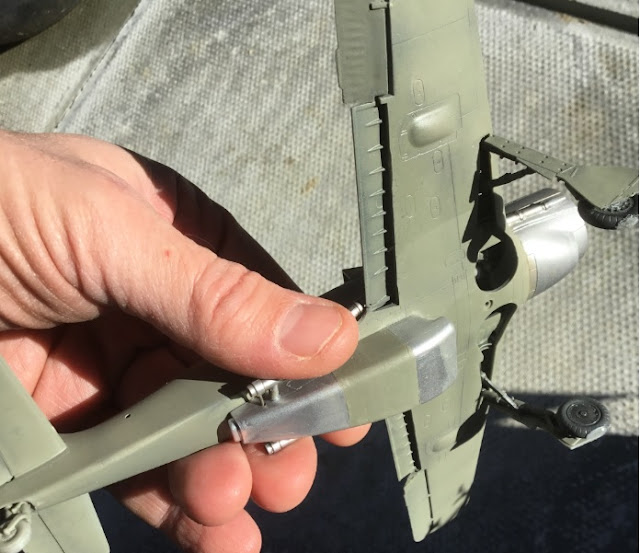 ..and Gary 'old Sarge' - if you're reading this, thanks very much for the comments, really appreciate you dropping in here regularly. I'm writing this here since I don't seem to be able to comment on your excellent blog posts on your blog. Unfortunately I don't know why, but rest assured I always drop in and would suggest anyone else reading this and not familiar with Gary's 'old sarges aircraft' go straight over to his bit of the internet here 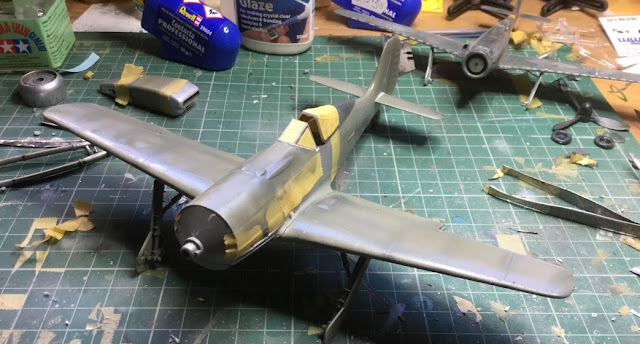 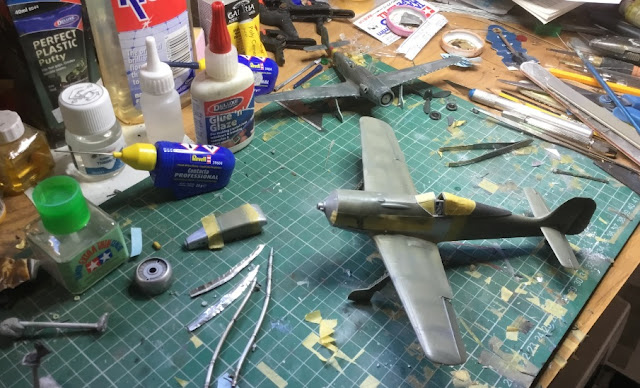 Still not really convinced by the Hobbyboss V-18, but it has assembled easily enough and finishing is underway. First coat of Humbrol's 'new' RLM 02 - very thin poor coverage, needs a second coat. And while I had the RLM 66 in the airbrush I started painting the cockpit parts of two fantastic new additions to the stash - the Eduard Royal Class Fw 190 'early versions' and the Tamiya Bf 109 G-6. 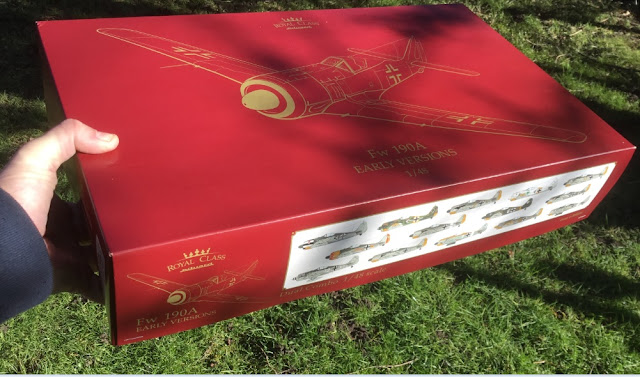 Yes, the new Tamiya Bf 109 G-6 was about twice the price of an Eduard 48th 109, but then the pound sterling isn't worth much against any of these currencies nowadays! Worth getting though - it really does appear to be on another level in terms of plastic kit 'engineering' as you can see from the youtube build below (via 'Andy's hobby Shop') 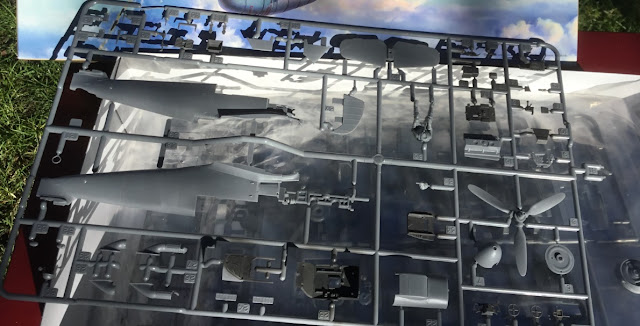 Yes that bid is mine, so if I fail to win the above auction and you have one to dispose of please do get it touch! But seriously, have you noticed how scarce this kit has suddenly become ? I guess that always happens just when you want one. For a relatively recent new tool I was surprised to not see it in the latest Airfix catalogue and as a result ebay prices are going through the roof, averaging anywhere between £80 to £90. Even 'partially' built examples (more like 90% completed..) are going for large sums - I bid £34 on the example below ..and still didn't win. Of course circumstances like this  more than justify the large stash. Just a shame I hadn't added one of these to it! 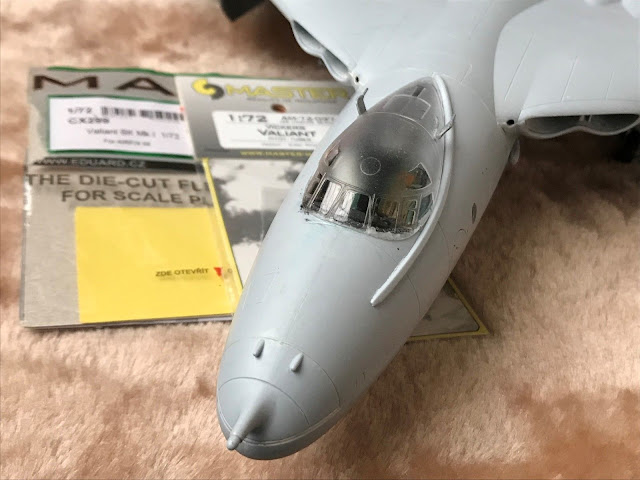 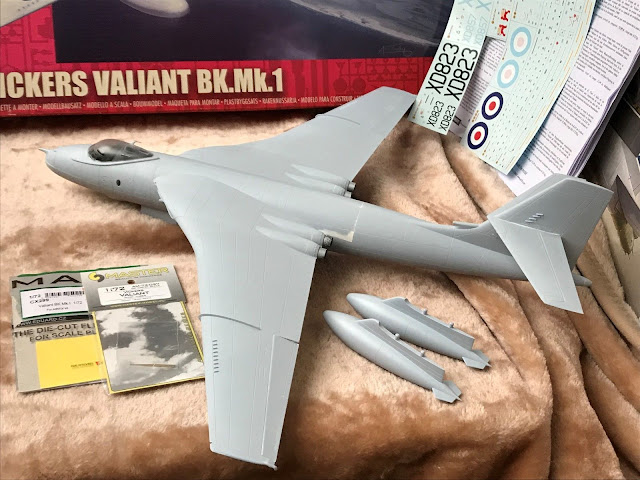 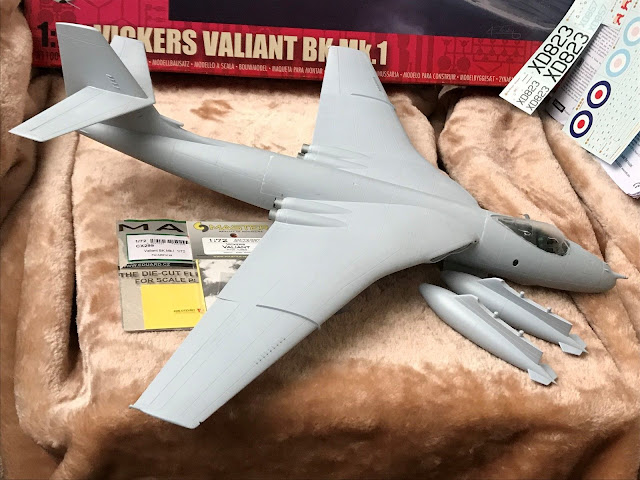 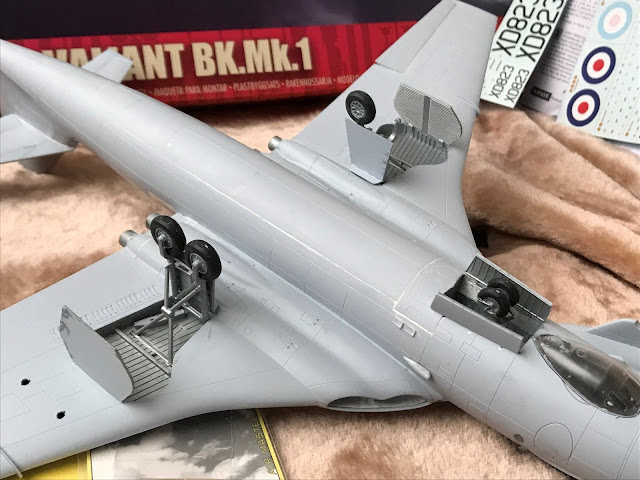 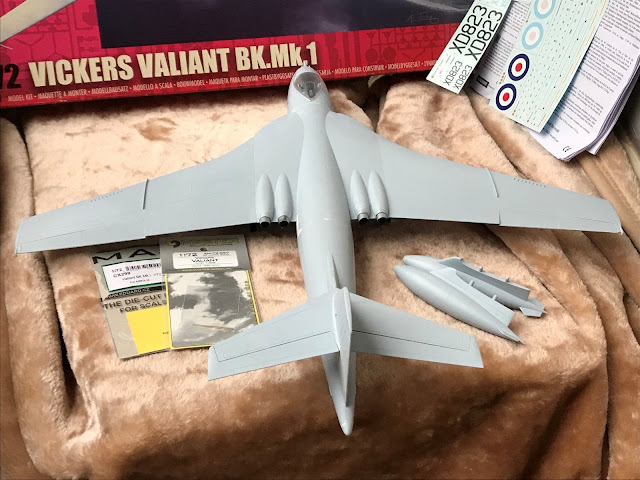 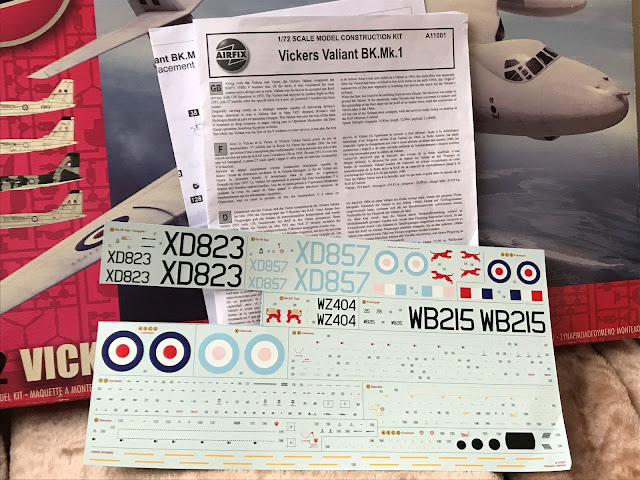