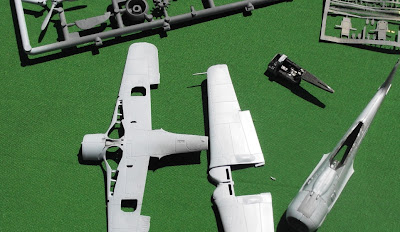 Is the fit any good ? some-one asked on the Airfix Tribute forum. I'm currently building mine and like most of these nice new Airfix tools, sorry to say, no it's not ! The two fuselage halves are very thin in the windscreen/coaming area and its difficult to stick them together, certainly around the instrument panel. Needless to say the instrument panel needs a fair bit of trimming/sanding, in fact IMHO best to put the fuselage halves together first, then add the upper cowl and engine ring for strength and to ensure fit. I then removed the locating lugs for the cockpit and slipped it in from underneath...much less hassle all round. Of course you'll have to leave out the gun sight if you do it this way and add it later.

I'm finding that the wing join along the leading edges - as with the Typhoon - is less than satisfactory - having to put the MGs in at this stage doesn't help. The wing root join isn't too bad but its the lower front cowl I had a big problem with, lots of sanding and trimming and then the wing will have to be glued and taped up in two stages, front and back so that it holds. Still, surface detail is excellent, the wheel wells are superbly rendered, I like the separate lower wing MG covers and I'm sure the finished model will look the part when done.. 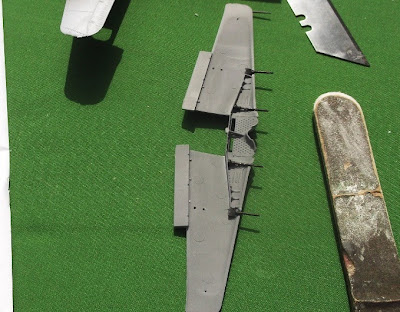 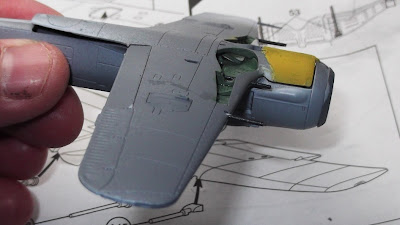 Having said that the end result can look quite nice.  Pics of one of my finished builds here
http://falkeeinsmodel.blogspot.co.uk/2016/10/night-fighting-porcupines-lt-klaus_22.html