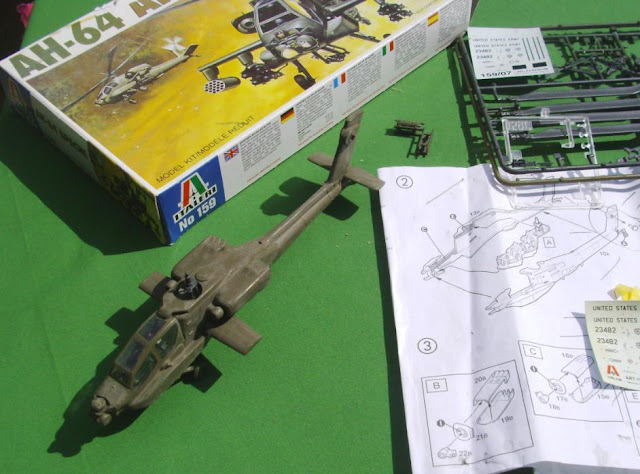 This Italeri Apache has been stalled and on the 'shelf of doom' since August 2010; until I picked it up about a month ago. The tail wheel had broken off and has had to be re-pinned. The model is now virtually complete, except for one or two decals. As with most Italeri kits I attempt, I found the parts fit was appalling. If you're looking for a model that will take roughly six years of sanding and filing and filling to complete and where you are guaranteed to break off all the detail parts while handling it, then this is the kit for you! It has been painted and re-painted at least twice and 'dusted' with pastels. 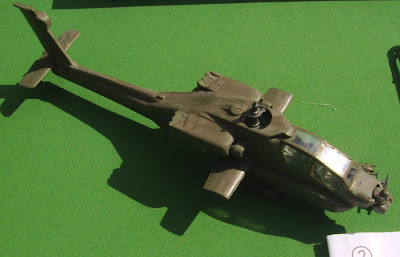 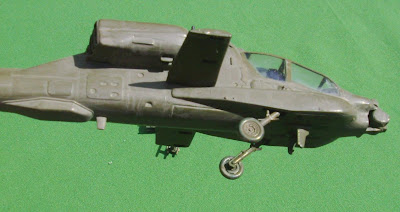 I've added some extra details including coloured wing-tip navigation lights, a belt of 'etch' ammo to the chain gun and various grab handles from wire. The nose-mounted target designator was given a 'metallic' finish with some 'gold' craft paper..