Two models finished during August, even if they were a couple of small fighters..I can't seem to make any progress on the bigger kits currently underway, and even dealing with two 1:72 WWII fighters at the same time posed a challenge. I used the 3D kits MK II conversion decals and Rotol prop on my Mk.1 to depict a 54 Squadron machine as based at Hornchurch during early 1940. Decals silvered despite coats of Klear and then bubbled under a coat of matt varnish - not terribly impressed.. 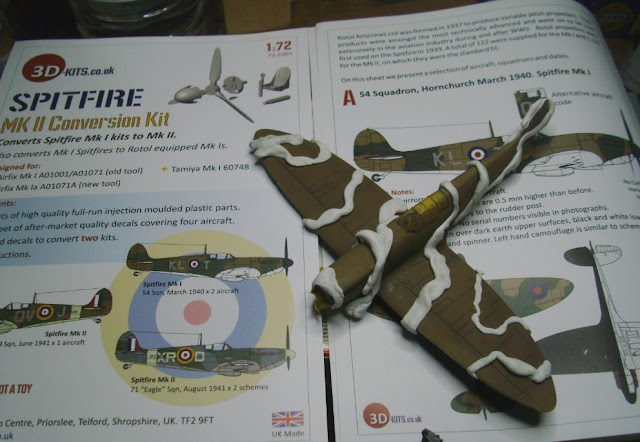 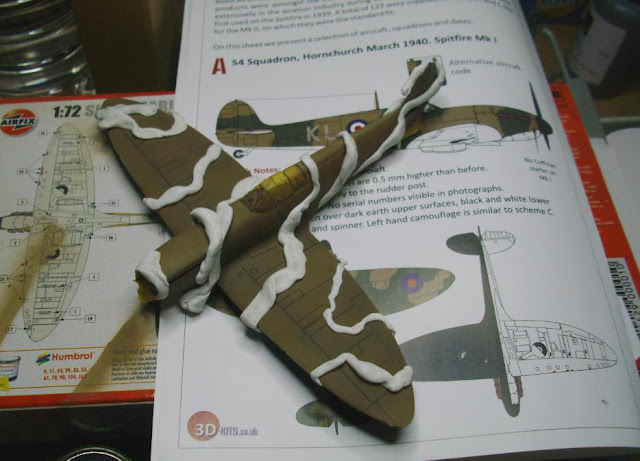 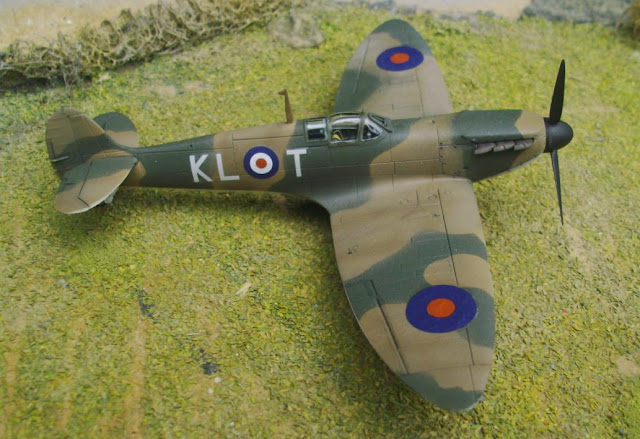 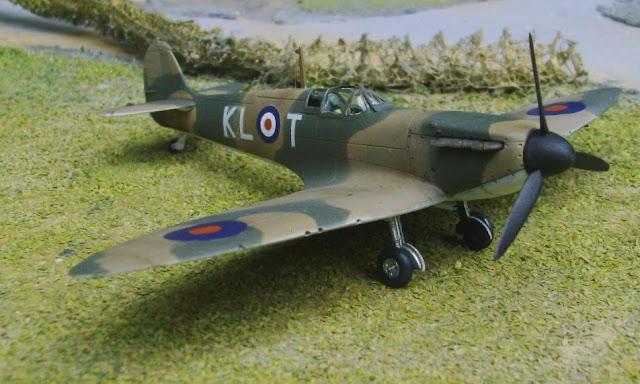 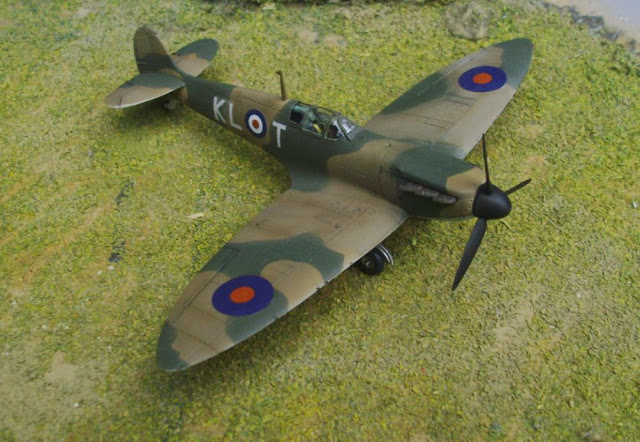 54 Sqn machine KL-T was flown by Colin Gray and is shown "somewhere in Essex, 1940". The camouflage and marking scheme, along with the condition of the aircraft, date the photographs sometime between March and May 1940.

Colin Gray was a New Zealander with Grey flying as wingman to Deere and his KL-B. Both were Mk.I's with the Black/White underside markings. Gray went on to be NZ's highest scoring ace with 27 1/2 victories & only retired from the RAF in 1961.


The Revell Fw 190 A was finished as Klaus Bretschneider's 'Red 1' from September 1944 when Bretschneider was Staffelkapitän of 5.(Sturm)/JG 300, decals from the Aeromaster 'Rammjäger' set. I've added plastic card 'armour plate' to the cockpit sides, faired in the upper cowl MGs and fabricated some 30 mm cannon in the outboard wing stations from sprue! Bretschneider did in fact 'ram' a B-17 in this aircraft, or more probably just collided with it, since he was able to land 'Red 1' safely - full story in the Eagle Editions JG 300 history. It is getting to be very difficult to get a decent result out of this kit - flash everywhere, some parts misshapen and the clear parts just aren't clear any more.. 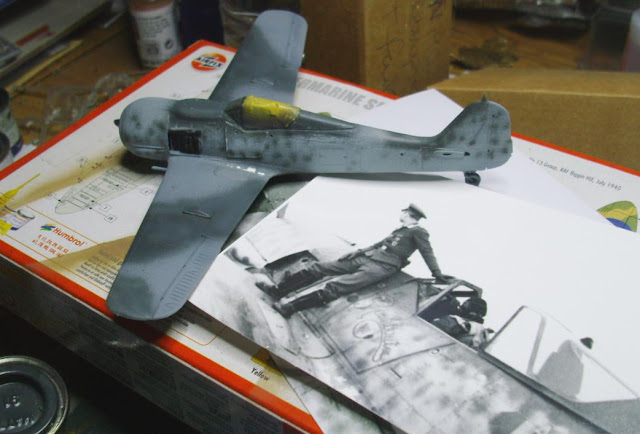 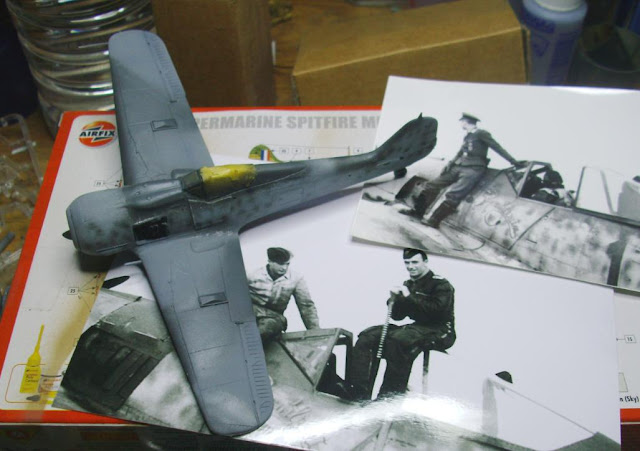 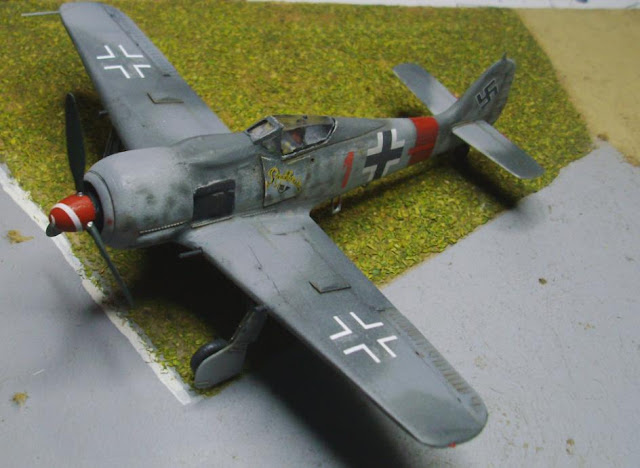 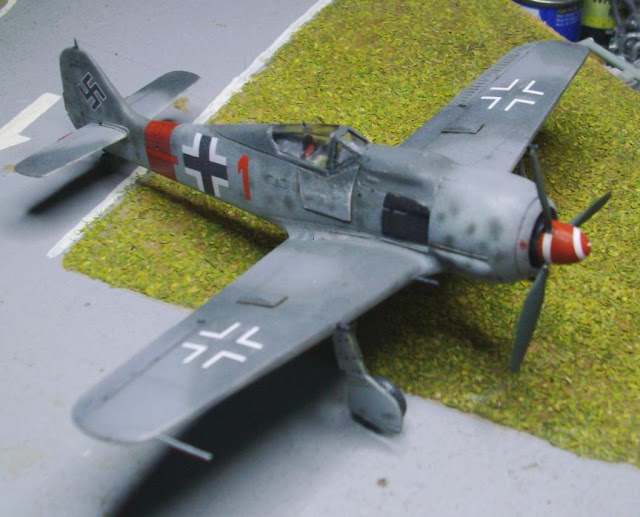 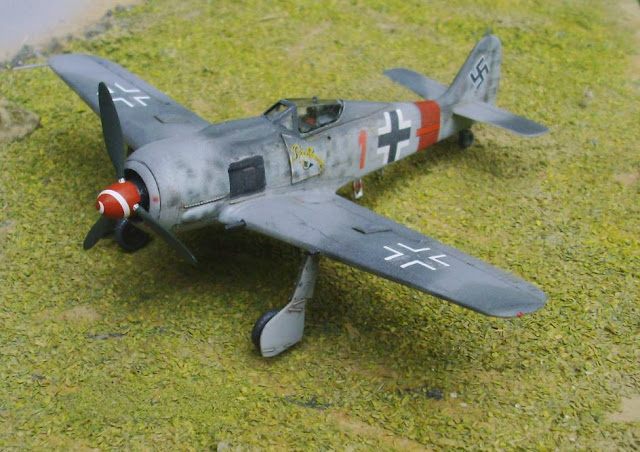 
Check out Atty's blog and some of his great builds..here's a very talented modeller who deserves loads more followers !

Scale Model Blog "Build what you love, love what you build": The Display Case: "Hi this page is for all my completed builds, to see a gallery of the model click on the title below the picture. 1/48 B-58 Hustler ......" 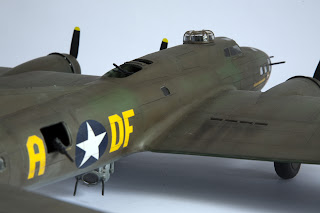 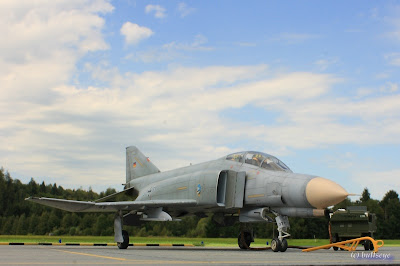 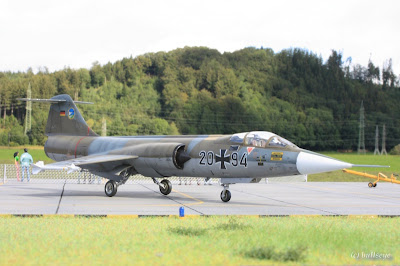 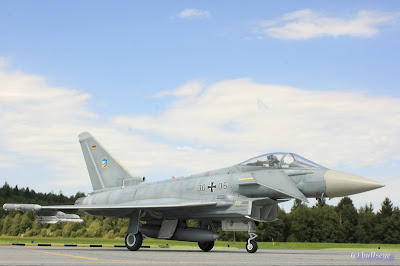 Posted by FalkeEins at 13:18 No comments: