new-tool Airfix Blenheim Mk I build on the bench (1) 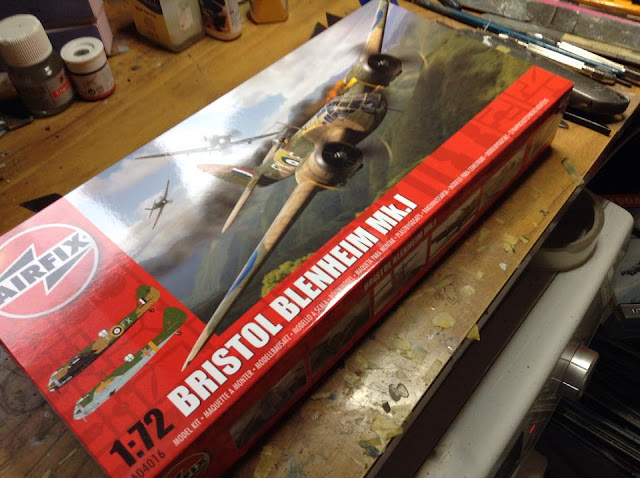 New tool Airfix Blenheim is also on the bench. Another very impressive looking new kit - at least in the box. Having done some reading and dry-fitting there may be a few fit issues around the nose which attaches directly to the fuselage - to enable the MK IV to be modelled easily ! So the fuselage will be harder to do than it should be. There is no gun pack for a fighter version, that's in the Mk IV F boxing.The canopy looks a little toy-like too and all that glazing may require an investment in canopy masks. I can't see myself bothering to do that at nearly £7 a pop! 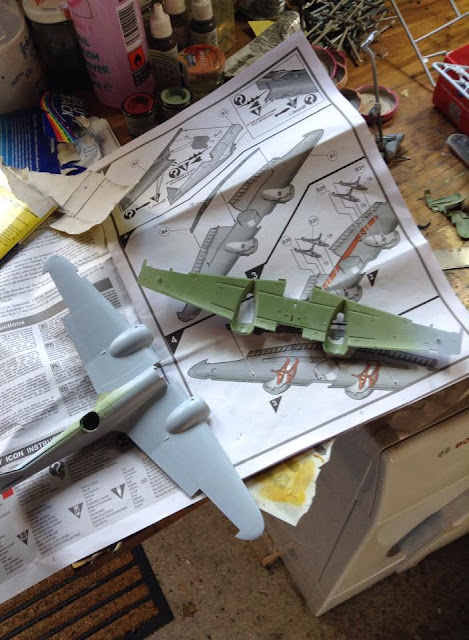 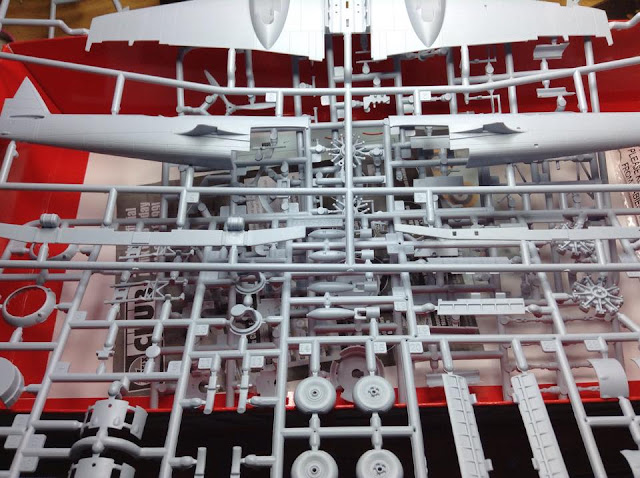 The finished model can be seen on this blog here

Posted by FalkeEins at 11:01 No comments: 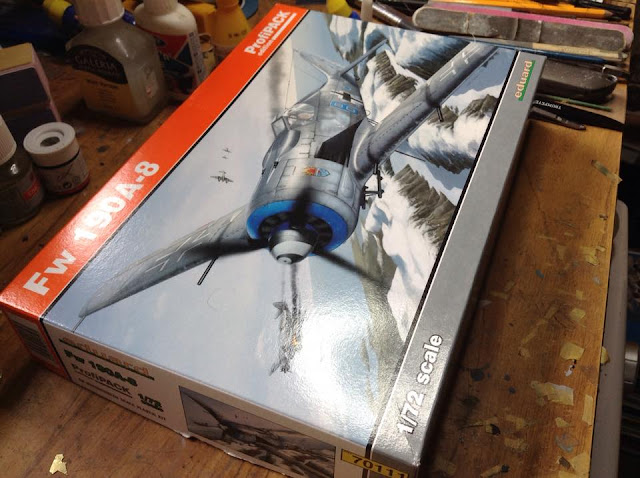 On the bench - the new Eduard Fw 190 A-8 in 1:72. Looks very nice, lots of options and spare parts. Comes at a price though - in fact twice the price of a new-tool Airfix Fw 190! I can't say that I feel a new tool Fw 190 is going to be twice as good as another new kit, certainly not for modellers intending to build more than one...but we'll see.. 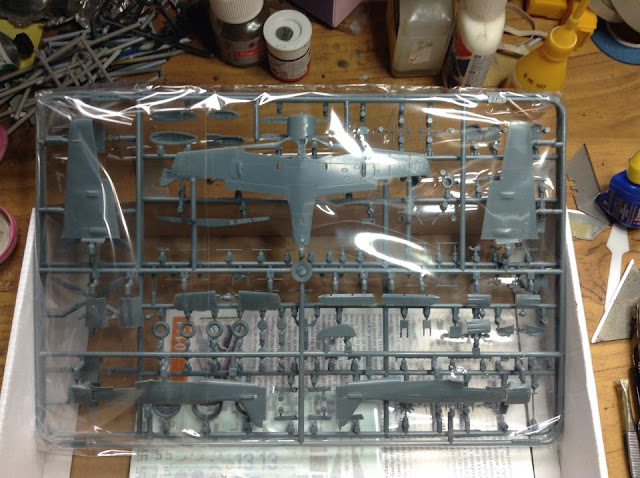 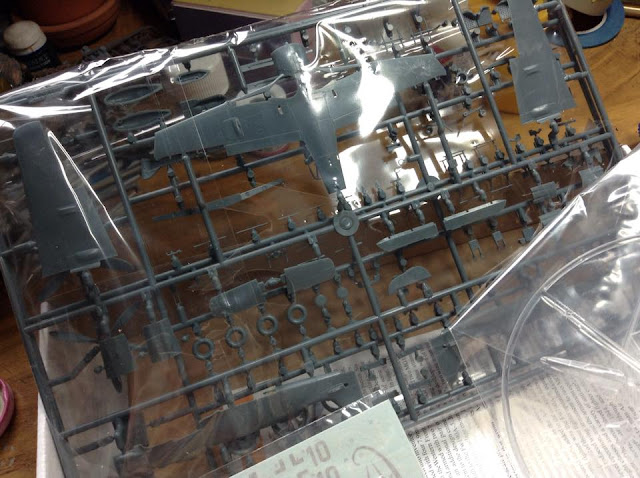 Posted by FalkeEins at 05:10 No comments: 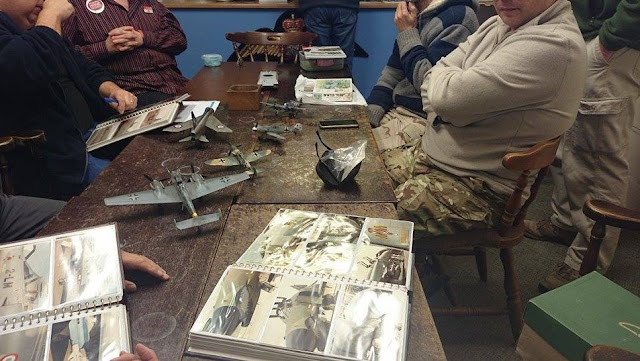 Second Tuesday of the month is club night for the East Kent Scale modellers group. The group meets at the RAF Manston history museum. Only my second visit. The recent finishes and/or current builds go on the table along with photo albums, books and magazines. A chance to look at the latest museum exhibits and rummage around the shop, enjoy some modelling chat and pick up hints and tips of all sorts! 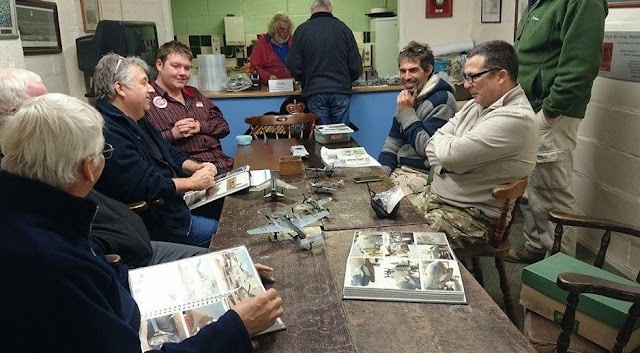 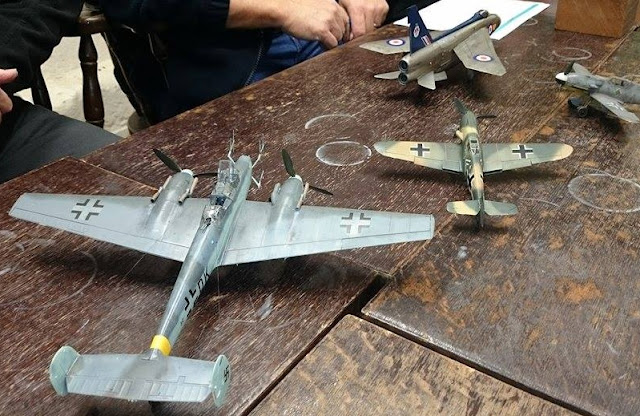 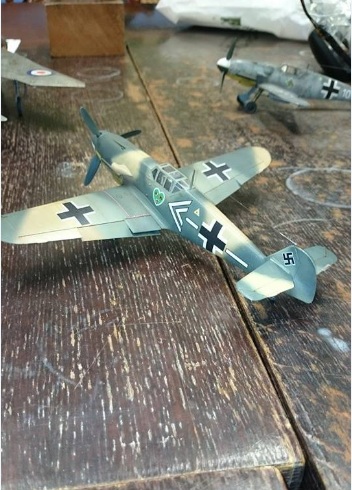 The new Airfix Shackleton in and out of the box ... 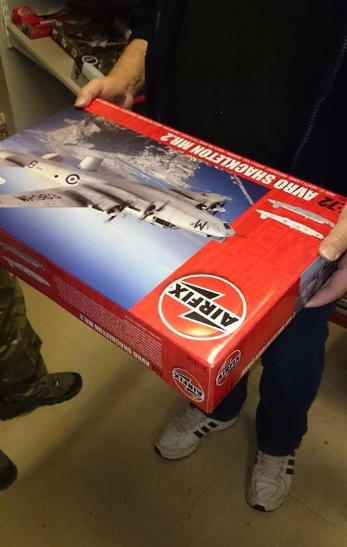 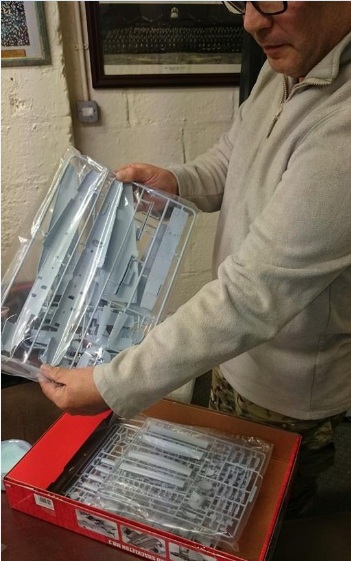 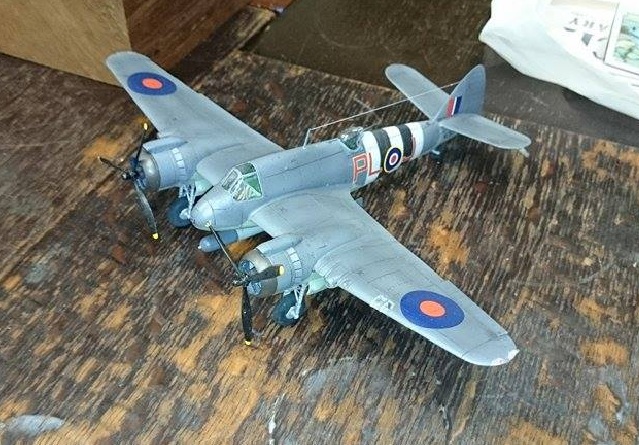 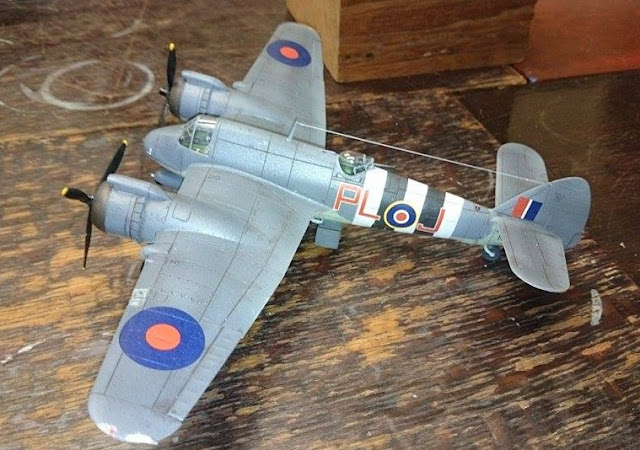 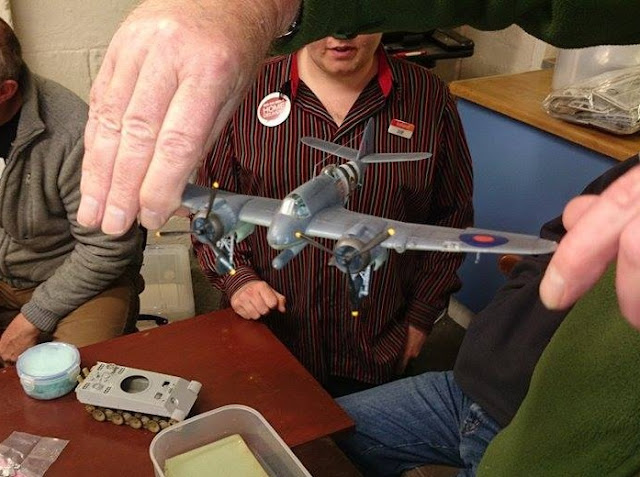 Posted by FalkeEins at 07:41 No comments: 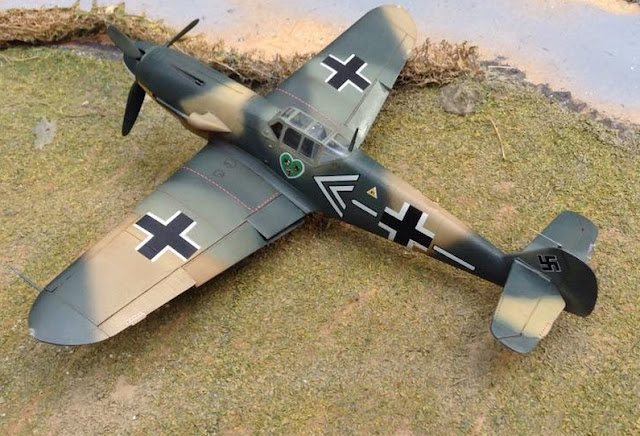 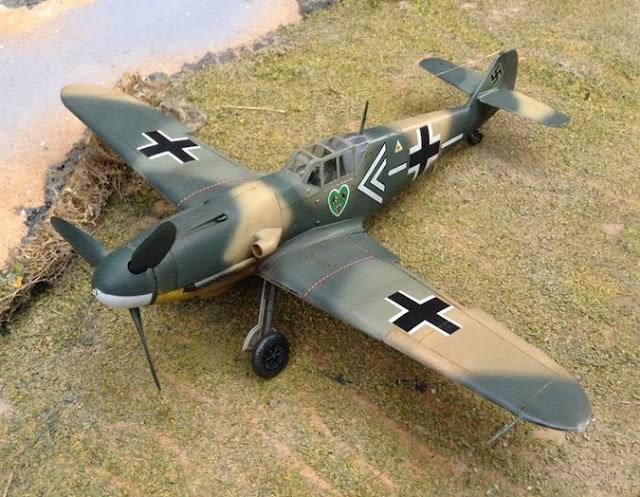 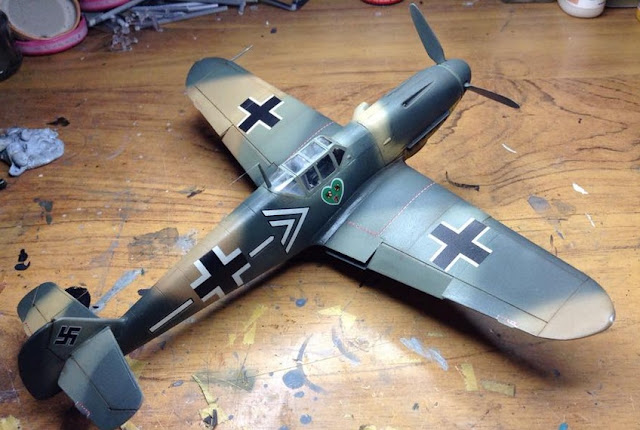 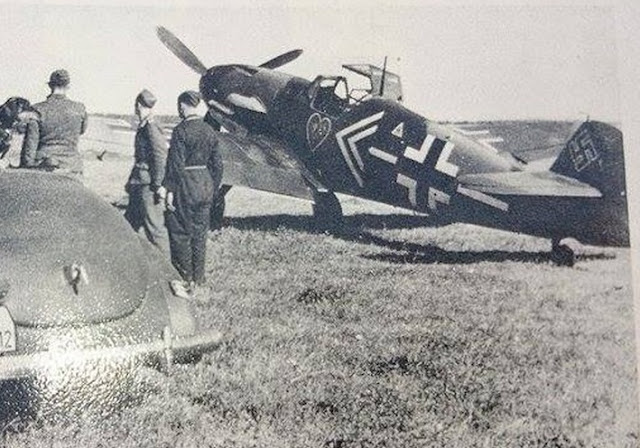 
Having finished the Eduard Gustav, I picked up the Hasegawa G-2 that I last touched back in October 2013. Painting well under way and I'm hoping to get this finished for Tuesday night's model club meet at Manston (East Kent Modellers) 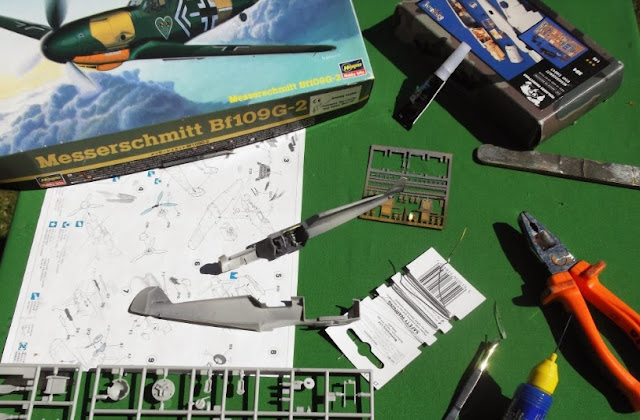 finishing this one as per the box-top; the machine of  JG 54 Gruppenkommandeur Trautloft wearing large white chevrons and painted in various greens and browns 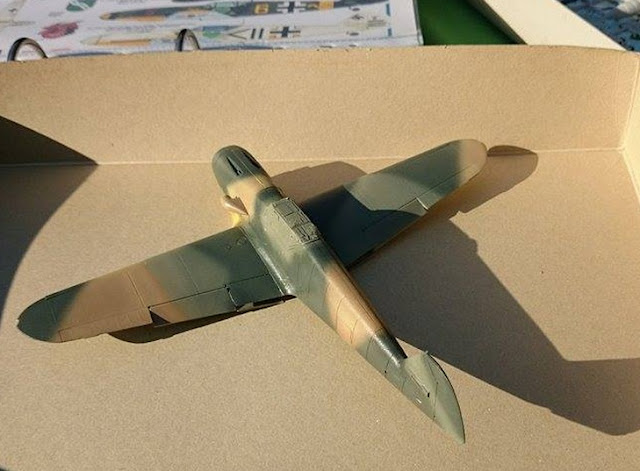 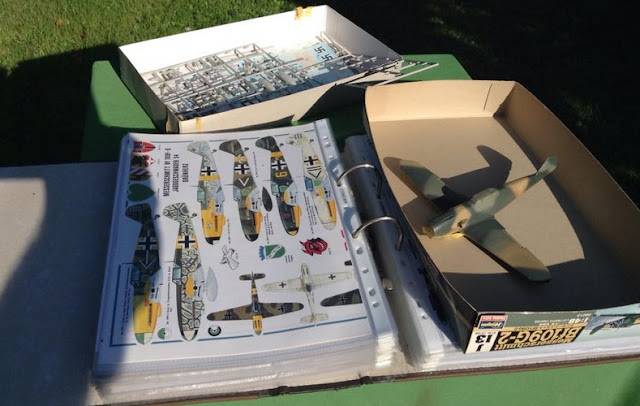 ..and then popped up to the Battle of Britain memorial this afternoon to see the Vulcan on her last farewell flight 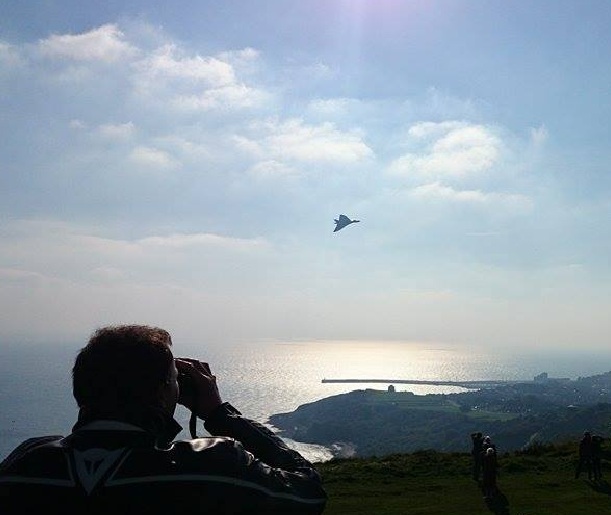 Posted by FalkeEins at 08:12 No comments:

first look in the box new-tool KP Mustang P-51 B/C and early P-51s in 1:72nd scale and the trouble with wing kinks 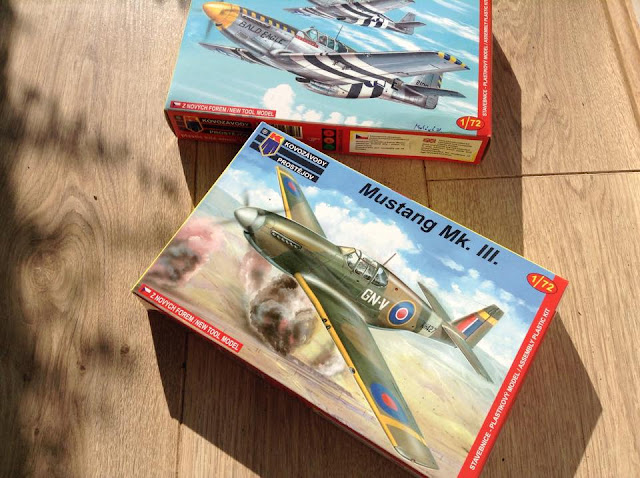 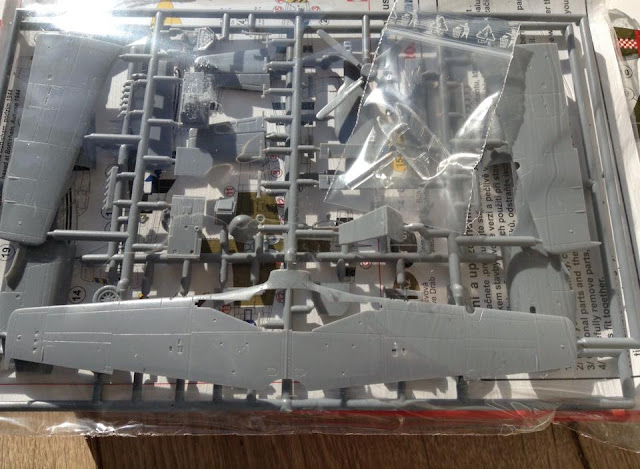 As a general rule most 72nd scale early P-51s are pretty inaccurate and a bit of a minefield. The Hasagawa kit - although probably the best looking model in this scale - had a number of errors; a cowling that flattened out over the exhausts, a P-51 D wing and a very shallow wheel well. Academy, although beautifully moulded, features an overly long windscreen which makes the canopy a little short along with the shallow style wheel well. Revell P-51 B/Cs apparently look good overall but the kit is let down by a very narrow seat and very poorly moulded clear parts and again a shallow wheel well. I am told that both the Academy and Revell wings are still not correct for a P-51 B/C. I haven't actually built the Revell kit yet but here is my Academy B/C (alongside the new-tool Airfix D in 72nd). I have a few of these in the stash and aside from the canopy which doesn't appear to fit too well, they are a decent kit.. 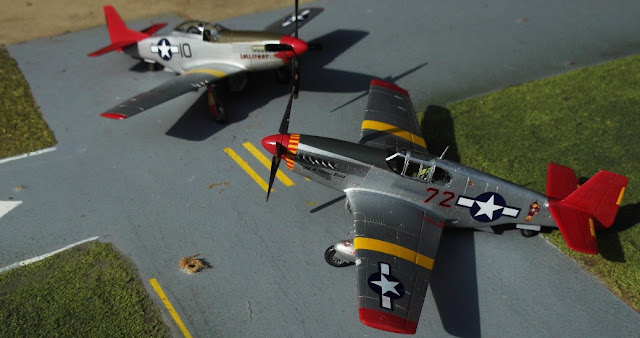 The biggest problem on most 72nd scale P-51 B-Cs is the wing 'kink' but after comparing with the drawing below, the new KP kit looks to have this reproduced this area well. The problem on other kits seems to occur because the 'kink' on the P-51 D starts both further forward on the fuselage and further outboard on the wing than the earlier versions. Hasegawa put the start of the l/e kink at the right place on the wing, but too far forward (P-51 D place) on the fuselage; Revell did exactly the opposite, getting the fuselage location correct, but using the -51D wing starting point. Academy got the kink shape right, but by basically copying the Hasegawa kit fuselage, made the wing too broad.

drawing below by Martin 'Occa' 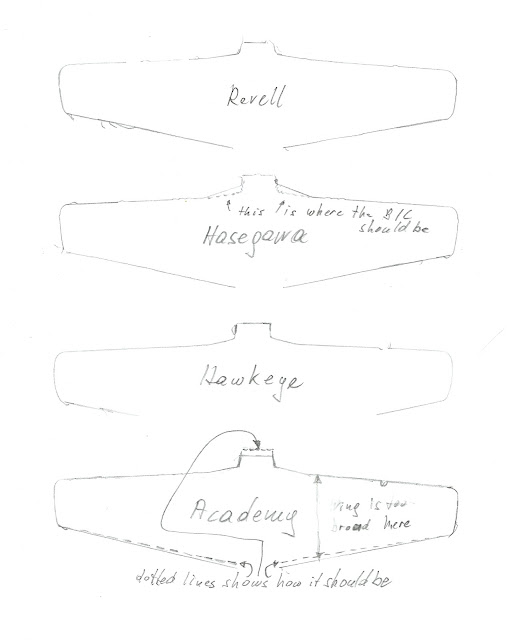 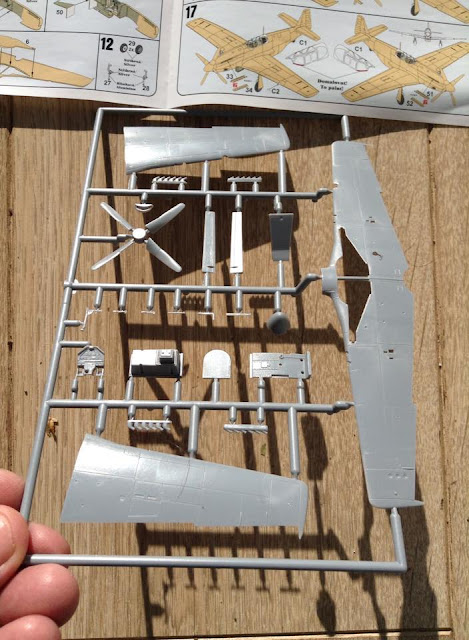 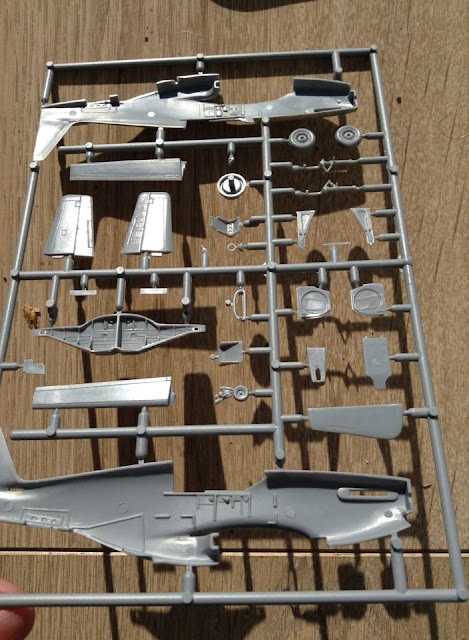 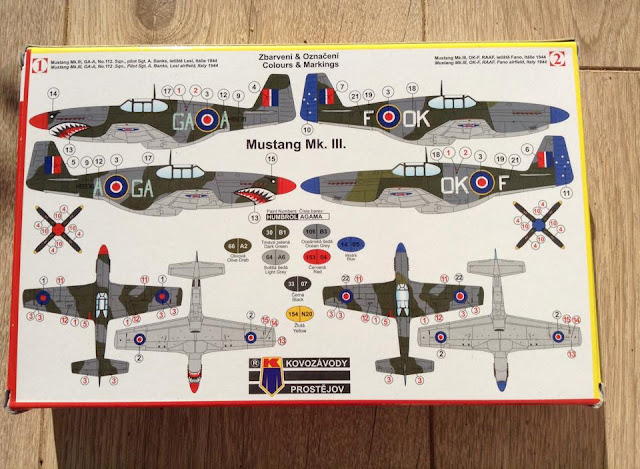