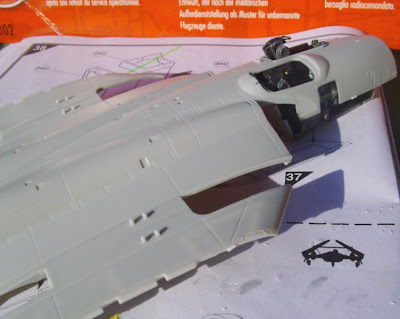 More progress on the Sea Vixen. Cockpit inserted into upper fuselage half﻿ and intake trunking, airbrake bay, wheel wells, jet pipes and arrestor hook located in lower fuselage part. The instructions recommend cutting out the locating holes for the underwing stores racks in the lower wing at this stage, although this is hard to do accurately given the location of some of these right at the edge of the thin plastic on the outer wing join.  Fuselage booms required a smidgen of filler on the upper join. Joining the two fuselage halves is a relatively painless experience although a second pair of hands would have been handy for securing the booms while aligning the horizontal stabiliser.. 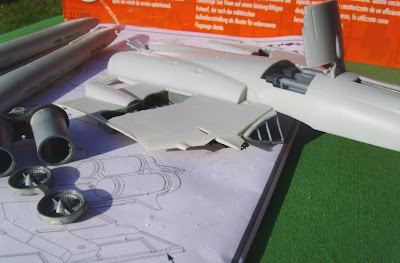 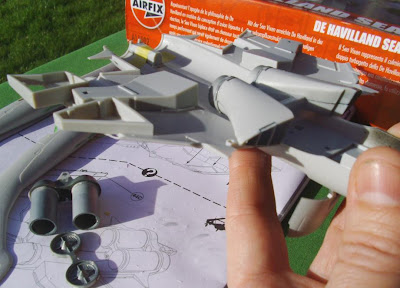 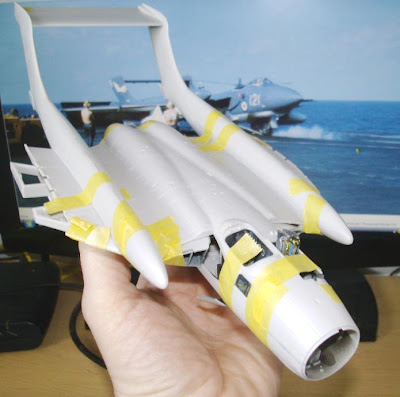 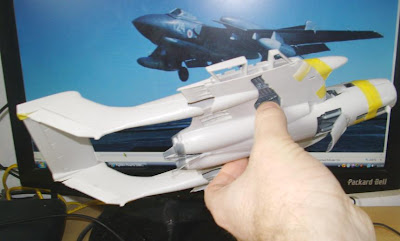 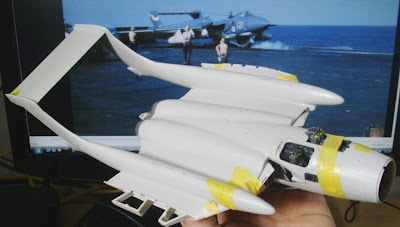 The completed cockpit - well, completed to my satisfaction. Surprisingly enough the cockpit requires 20 of the kit's 84 stages - the seats are each six parts, the ejection handles being particularly small even in this scale. I've added some foil belts, a couple of buckles and the rest is the the best I could do with a brush for the smaller details. As usual not much will be visible when the fuselage is closed up. I've also added a view of the air brake bay and wheel wells installed in the lower fuselage half.  I actually can't see myself doing a full WIP for this one as I shall probably have to put it to one side soon and get on with something I can actually finish...it must be the biggest kit I've tackled since the Airfix 24 scale Harrier back when I was 12 years old ..apart from the 24 scale Fw 190 which is stalled of course.. 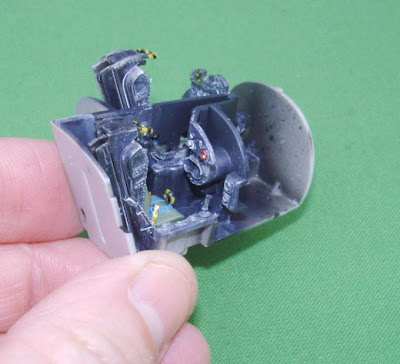 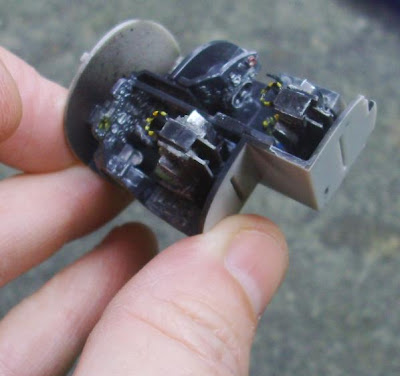 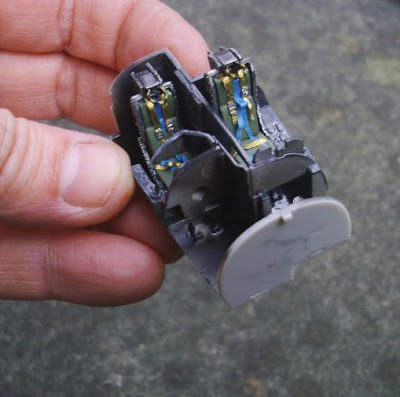 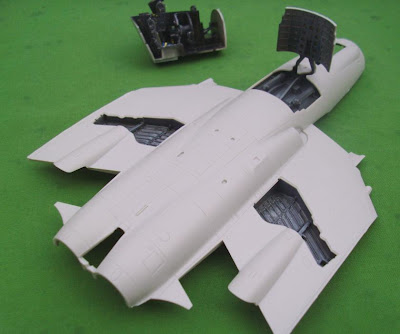 some work on the Sea Vixen's cockpit - as it is painted black overall it is possible to build up this neatly detailed area of the kit prior to getting the paints out. Note the detail of the observer's radar scope. I've left the seats out for the moment, as they can probably be best painted on the sprue. Once painted the cockpit then inserts very easily into the upper fuselage half. Incidentally the colour information in the Airfix instructions is rather unhelpful.Photo background is Chris Clifford's superlative build in issue 1 of the new Airfix magazine.. 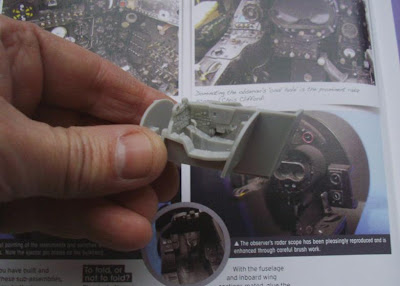 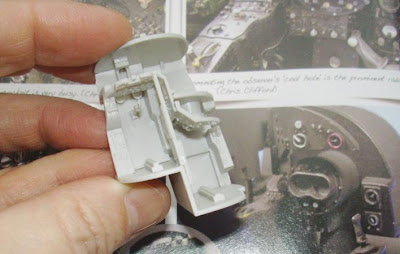 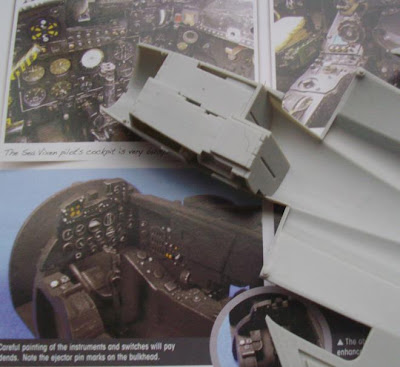