XV 497 was moved to a new home this week arriving at the Flixton museum from the former RAF Bentwaters on Tuesday 28 July and being assembled for display...this video documents the arrival and reassembly in moving and still pictures. A single click to view here.. 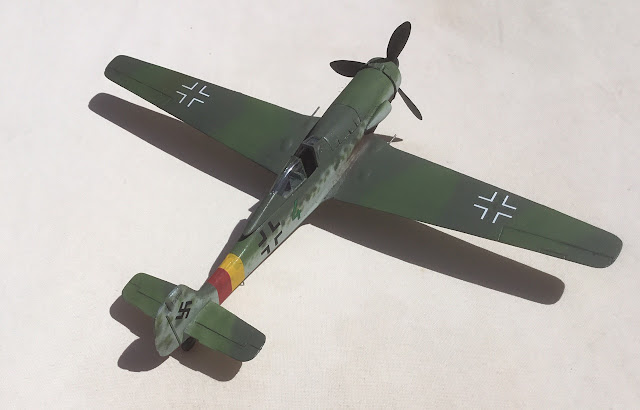 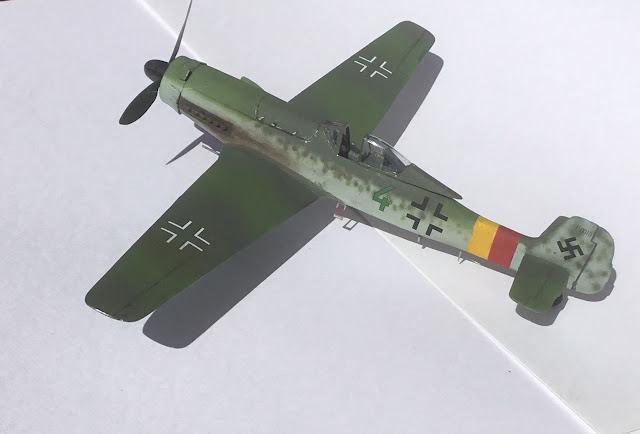 I guess for those of us 'oldies' quite a lot of what we do in modelling nowadays is driven by 'nostalgia'. It has become something of trend on forums everywhere to revisit some of those golden oldies from the 1970s and 1980s; ‘a kit you built as a kid’ group build was running a while back on Britmodeller. I more or less remember tackling all of those kits in their day. Mainly because there wasn’t any internet and whatever the local newsagents or Woolworths had in stock was what you built back then. Although I always remember 'Airfix Magazine' arriving through the letterbox on Saturday morning each month and devoured Alan Hall's and Bryan Philpott's model builds - especially those Ju 88 nightfighter and Bf 109 conversions from Bryan Philpott. Of course parents and relatives were always ready to buy you a model kit since no doubt they saw it as a constructive way for a child to spent his time, same with books. No doubt one of the reasons why I've ended up with a huge collection of books ..and unbuilt models. I well recall building the Airfix 24 scale Harrier in about a fortnight aged twelve years old. I doubt if I could do anything like that today!

Still living the nostalgia. I saw a lovely thread elsewhere on BM where the modeller stated that what he liked doing was simply building what was in the box. No additions or new parts or vacuform canopy or after-market of any description - you just build what is in the box. Just to remind yourself how much fun it is not worrying about washes, detailing and all the other things we now tend to have to have these days in our modelling lives, living in an era of 'super' kits and hi-grade aftermarket.

But Airfix was the staple of those days and in the last couple of years before other interests took me away from the hobby around 1978/79 my passion was building Luftwaffe kits. This coincided with the discovery in the local library of William Green's massive "Warplanes of the Third Reich" book. It was a book full of exotic machines and far too valuable to be loaned out of the library - you were allowed to study it in a special room and I still recall spending at least one set of summer holidays taking copious notes from it into a small notepad - aged about 11 or 12. Well-known author and Classic Publications founder Robert Forsyth told me that his interest in the Luftwaffe was stimulated in similar fashion - but he actually got his mum to buy him a copy of 'Warplanes..' ! Who knew then that this huge tome would be so decried nowadays by the Experten. 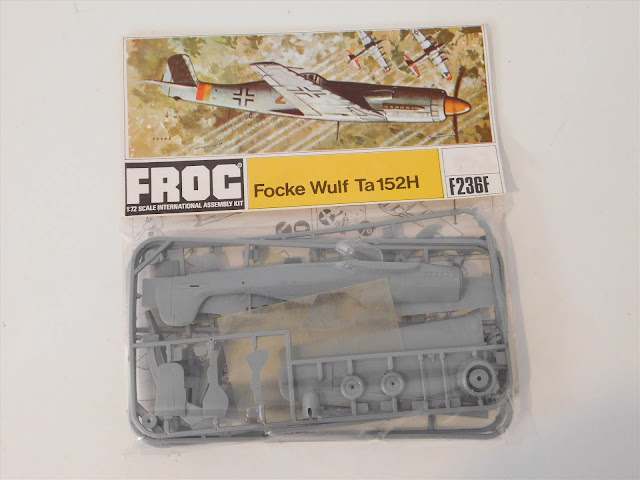 Frog models featured a lot in my youth - their Blackburn Shark and Barracuda kits I remember well. One of the vintage kits I built back then was the 1970-release of the FROG Ta 152. I would have been around 10 or 11 when I first built this kit. Of course this original FROG kit has been re-boxed by Revell and is still easily available. I built mine a while ago but having a box of Eduard Fw 190 spare bits to hand I have been 'inspired' to do up my old FROG model. 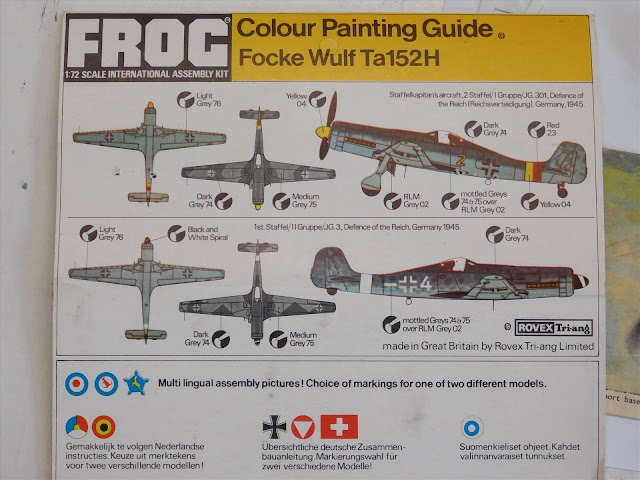 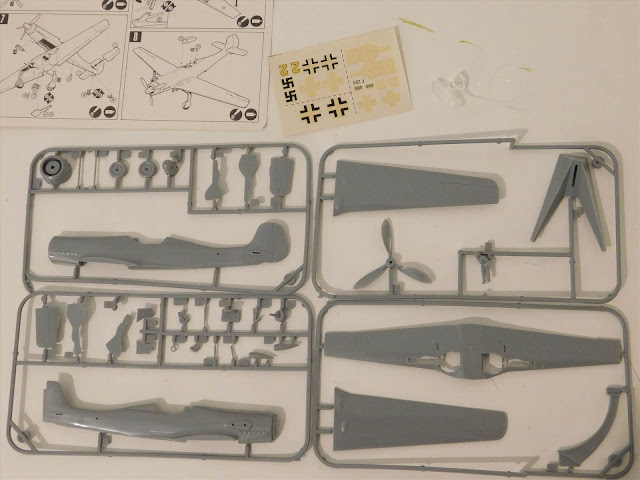 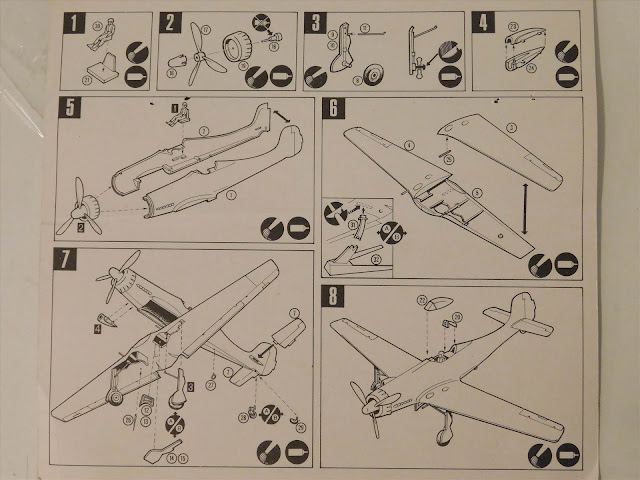 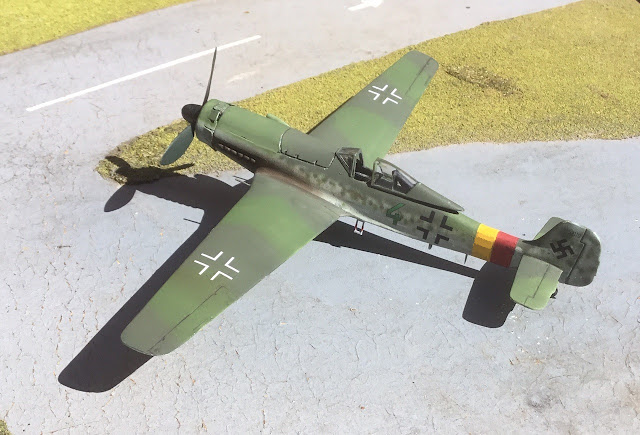 This is the finished model. I've tried to update it a little. The engine cowl has had plastic card gill's added and a etch grille in the top section. The otherwise completely smooth nose and upper fuselage parts have been scribed and the canopy/late war head armour and wheels are Eduard left-overs. A gear bay has been built and gear retraction jacks added. along with foot-step and a FuG aerial. There is even a half-decent cockpit tub with side panels, instrument panel and control column in there. The armament has been replaced with metal rod. Aerial wire from GS-Hypo Cement - a new tube so very fine, barely visible. Decals from the Kagero "JG 301" Air Miniatures book - 'green 4' is the Stab./JG 301 machine supposedly flown by Walter Loos in the last few weeks of the war. Paints are Xtracolor and Colourcoats enamels - reading my reference it would appear that there is no known camouflage 'plan' for the Ta 152, but mine is taken from the Eagle Monarch book on the type, who incidentally don't feature Loos' 'green 4' but do illustrate an all-red machine, which in my view was probably an 'invention' of the vets for a little 'fun' at some-one's expense ... 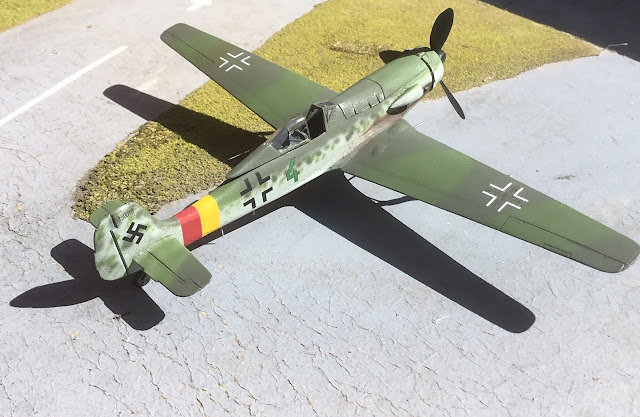 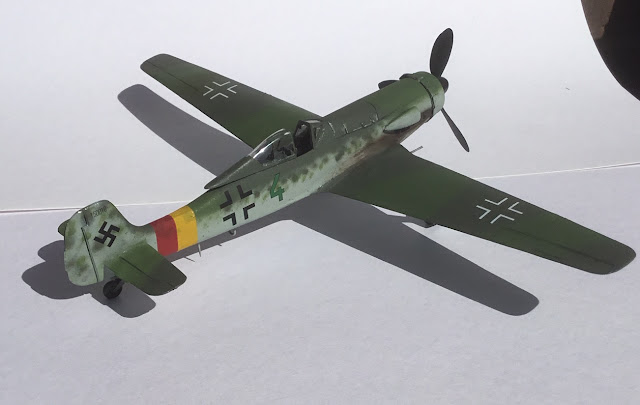 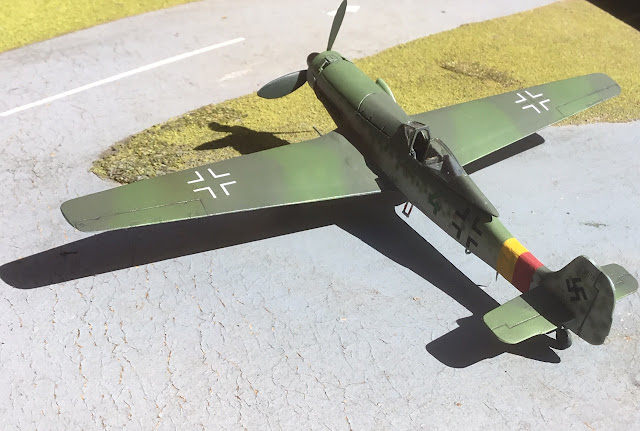 
.... Eduard asked me to put together some text/markings schemes for a wilde Sau Limited Edition Dual Combo kit.  While they didn’t go with all my choices, it was nice to be asked and at least have a hand in choosing the markings options ( ten in the box). A separate decal sheet is being released in August too. Kit just arrived; 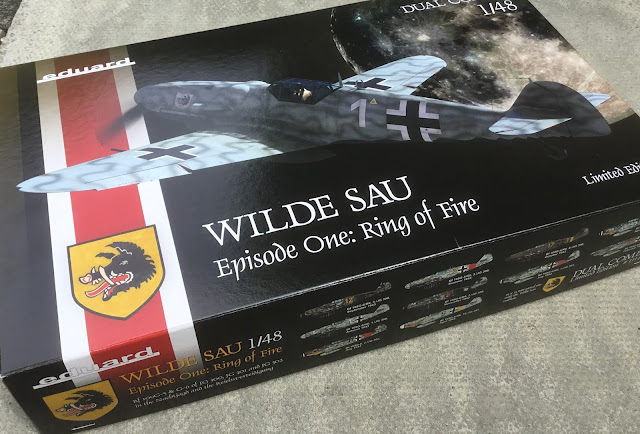 The current issue of Eduard Info - a free download from Eduard.com - features some text and images that I compiled for this release....Episode One means that there will be another box of Bf 109 JG 300 schemes at a later date along with a box of Wilde Sau FW 190s... 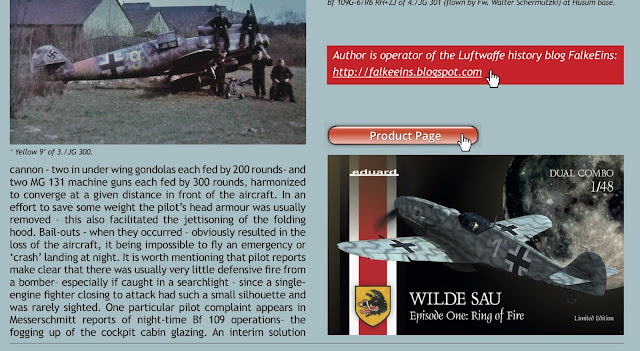