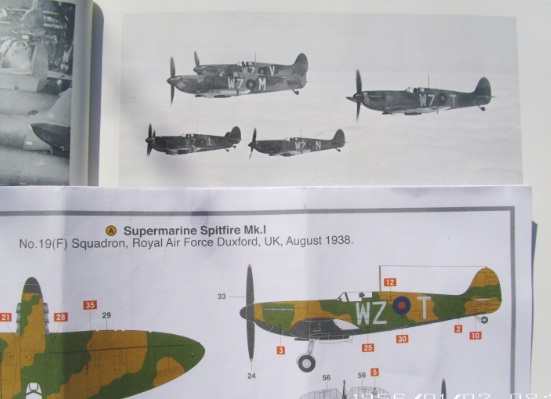 Airfix Mk 1 Spitfire finished as a Duxford-based 19 Sqn machine (WZ-T) and featuring the tall radio mast, flat canopy, twin-bladed prop and black and white lower surfaces of the first production Spitfires which seem to have captured my interest of late.

KL-B (BELOW) also has black/white undersurfaces and is a 54 Sqn aircraft based at Hornchurch during early 1940. This Airfix Mk. 1 has been completed using the Southern Expo Hornchurch decal sheet to represent the first of Al Deere's KL-B's lost over Dunkirk during May 1940. These two Spits are joined by my third 1:72 scale Hurricane so far this year, the elderly Airfix Hurricane I. All three still have their canopies masked up as they move slowly across the bench, approaching a coat of matt varnish. The Hurricane builds easily into a neat enough replica. I think doing these three kits at the same time has taught me though that trying to complete multiple builds simultaneously is too much like hard work. I hate masking at the best of times, but masking up three models at the same time just to save getting the airbrush out is probably a job I could do without - I was even tempted to do a bit of brush painting on the Hurricane. I don't know how Kevin over at 72nd Land does it. 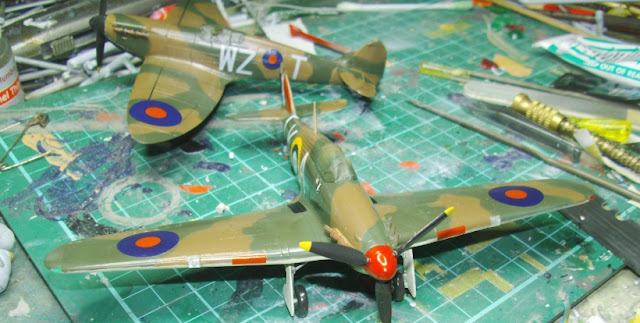 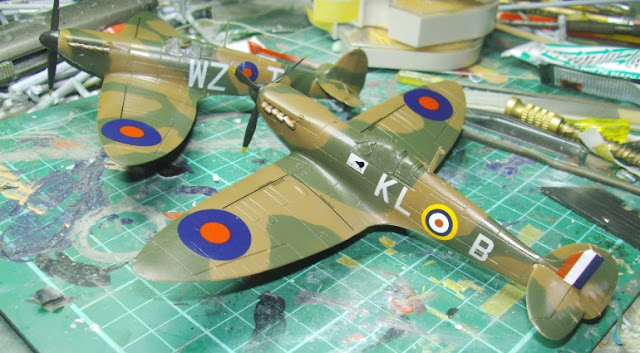 Another Academy P-51 completed as a captured example. The Academy P-51 B is probably one of my favourite 1:72 scale kits - aside from the ill-fitting canopy. Posed this one open just to avoid having to do anything about the gaps....I must admit to feeling a little uneasy about putting a Hakenkreuz (swastika) on a P-51 - I certainly wouldn't do it on a Spitfire.. 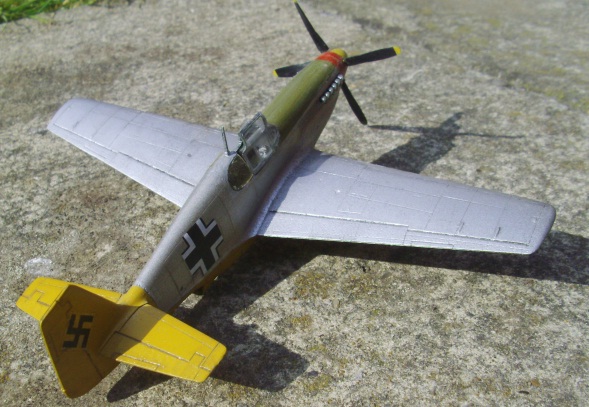 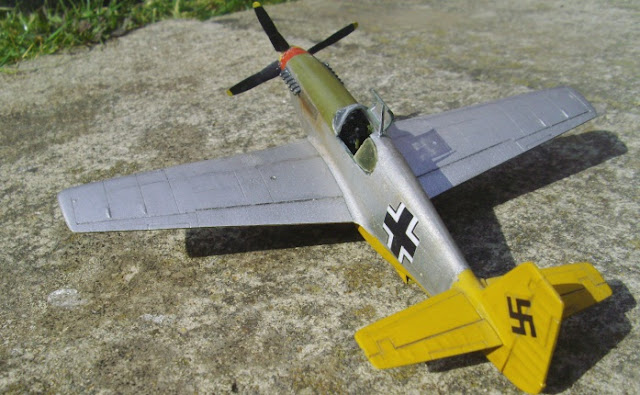 A quick look at the new Airfix Seafire XVII in the box and some 'reference' shots of the Seafire XVII photographed at Flying Legends. See the previous two posts for examples of this model built and finished. Still undecided though as to whether I'm going to dive straight in with this one or start the (rather odd-looking) Trumpeter Me 109 E-3 (1:32) - just to get it out of the way- or even open up a Zvesda Friedrich (1:48). 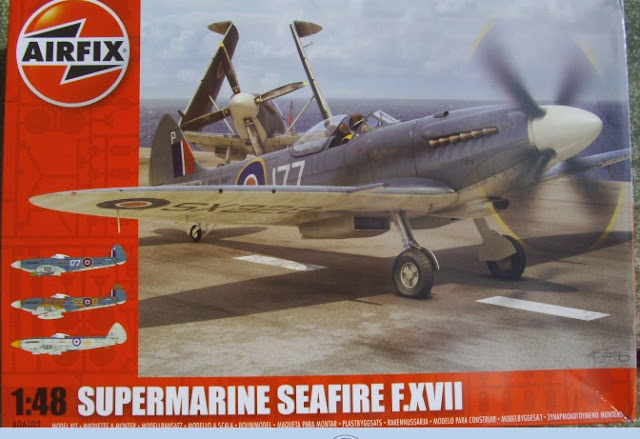 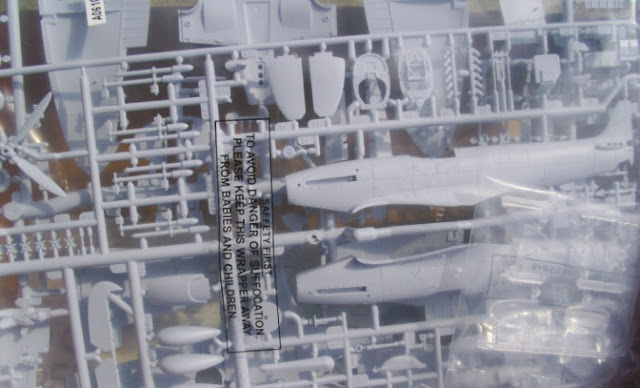 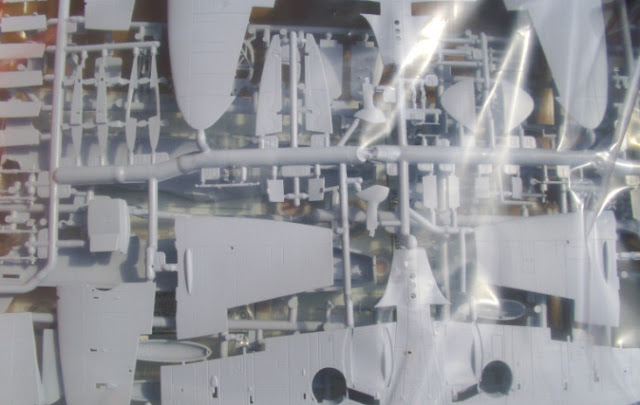 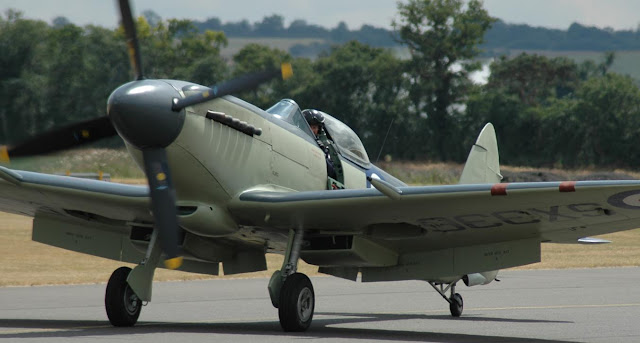 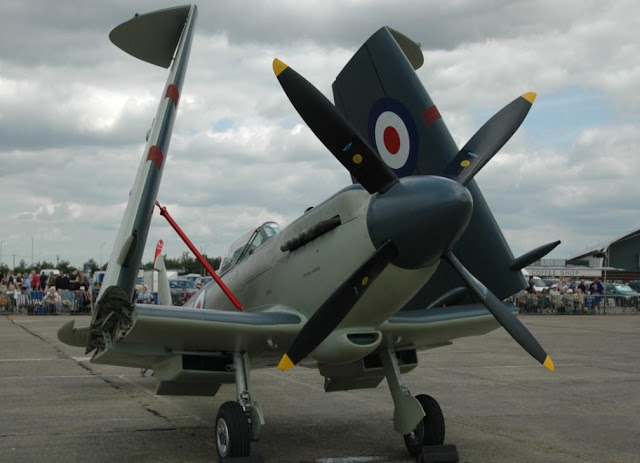 ..About time I posted some pictures from the recent 'On Track' show held at Folkestone's Leas Cliff Hall during February. 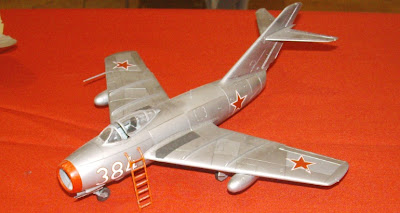 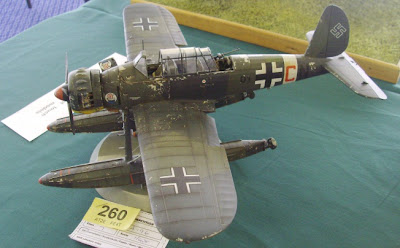 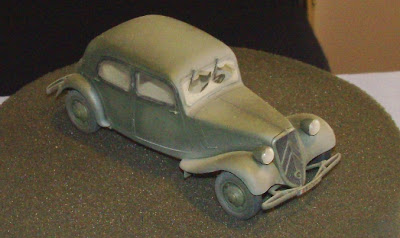 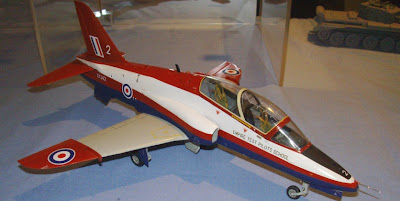 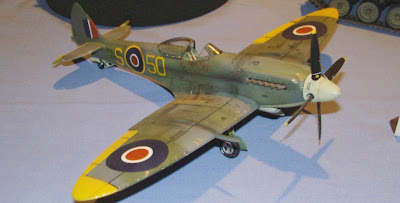 Posted by FalkeEins at 03:47 No comments: 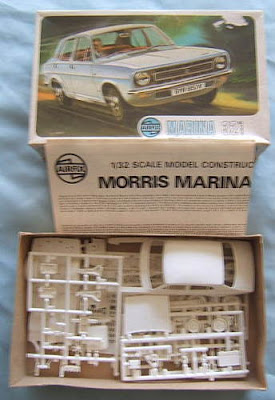 no I'm not building it ..or even bidding, but this is so rare I'd thought I'd like to keep some record of having seen it on this blog. This is one of the hardest Airfix kits to find out there and certainly the rarest of the so called “modern” car series. According to the seller; " the kit is all complete although some parts are of the sprues. The instructions and complaint slip are there and this is a series 2 kit in the Type 4 box. There are some minor marks  on the front but overall this is still going to be a very desirable kit and I would rate it 8 out of 10 if I was perfectly honest due to the parts not all being on the sprues and the marking to the box.." .
Posted by FalkeEins at 03:37 2 comments: