I decided during the summer that henceforth I would only show pics of finished models such was my work rate but I realise that I have failed to complete any since August ! However there has been a certain amount of activity going on here so I'm back to posting shots of part-completed models. Current projects aside from the Airfix Harrier Gr. 1, which is at the painting stage include ;

Hasegawa Bf 109 G-2 - if only all kits went together as easily as this one. Stalled though as I can't decide on a scheme and I'd really like to show off a resin DB 601.. 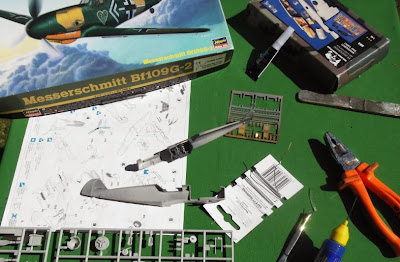 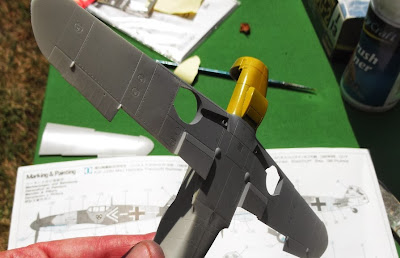 AZ Spitfire IX in 1:72nd - will be featured in next month's Scale Aircraft Modelling apparently. No, not this one, some-one else's build..hopefully mine will be finished by then! 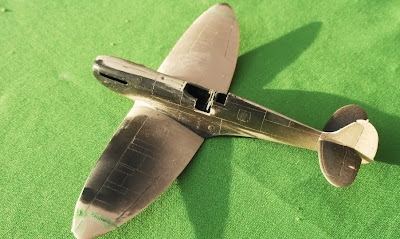 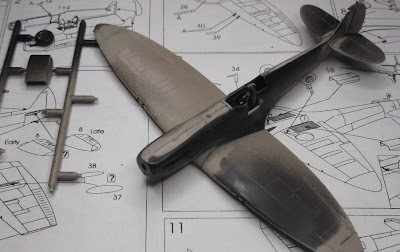 Airfix Spitfire IX - being built alongside the AZ kit above, but with the addition of a Pavla resin cockpit - stalled, needless to say !

Vintage Airfix DH 88 Comet - the 'green one'.  Some work on the cockpit - there isn't one in the kit, it's just solid plastic with two pilot's heads! 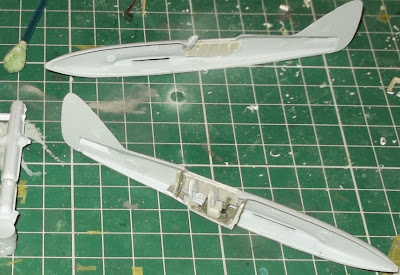 Posted by FalkeEins at 11:29 No comments: 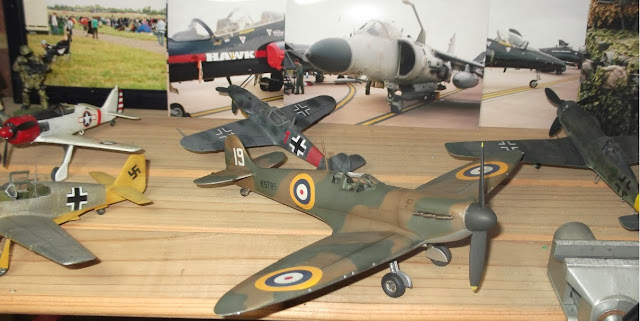 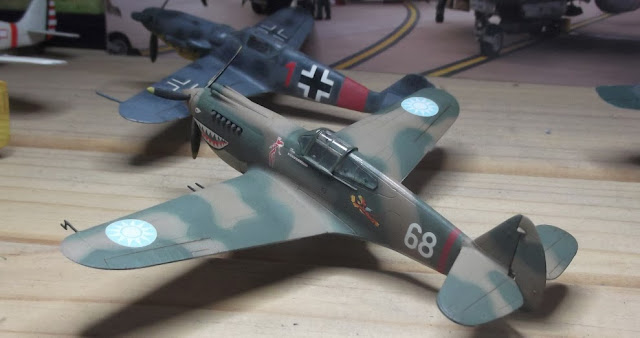 Posted by FalkeEins at 12:17 No comments: