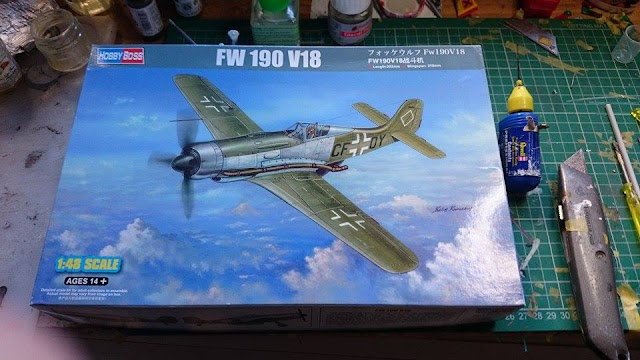 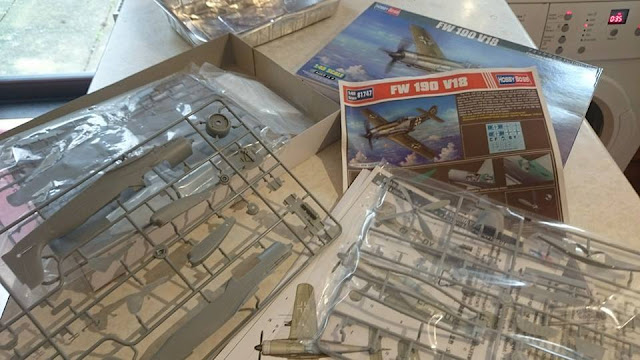 Hobbyboss Fw 190 V18...and foil baking tray! Once again I've been taken in by the nice box and a machine I've always wanted to build but for some reason there's a major omission - a total lack of fuselage fairings for the turbocharger pipework which are quite clearly evident on the box art. I'm thinking I can 'scratch' something with the tin foil tray perhaps.. 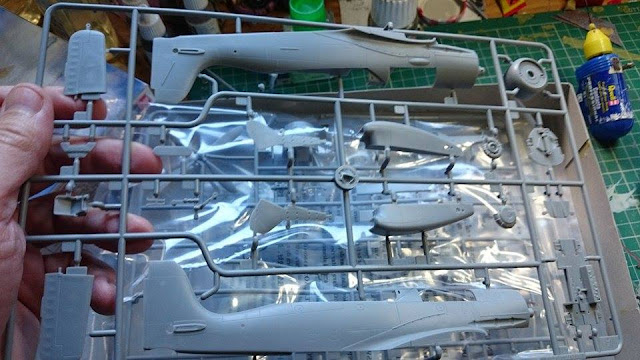 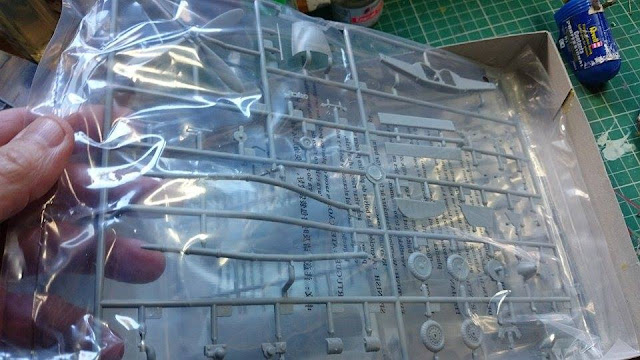 
Academy Bf 109 Gustav in 72nd scale. Boxed as a G-14 with tall tail and Erla Haube, but just as possibly a late G-6. In the markings of the Luftwaffe's leading ace Hartmann as JG 53 Gruppenkommandeur during February 1945, another image of the real machine at bottom, print in my collection. I'm pretty sure I can see a battery box cover on the rear cockpit wall but not a detail I've attempted to replicate. Nor have I simulated the heavy overspray on the prop blades! 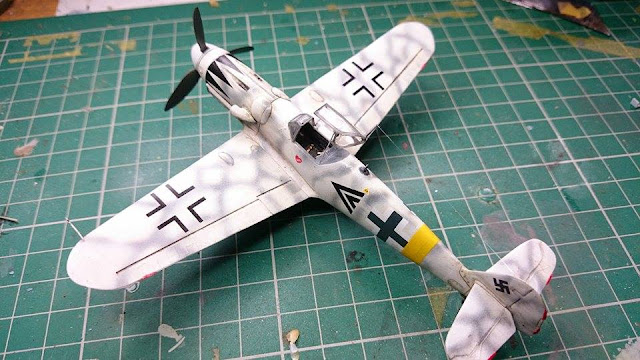 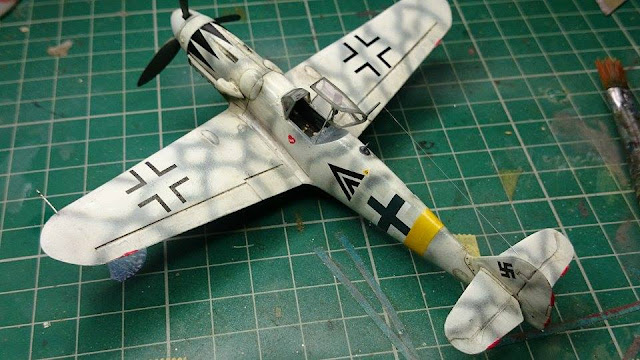 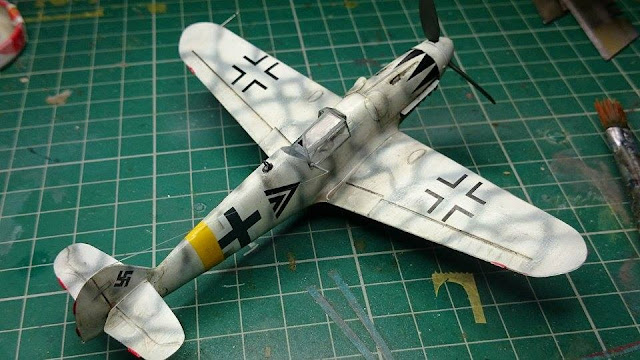 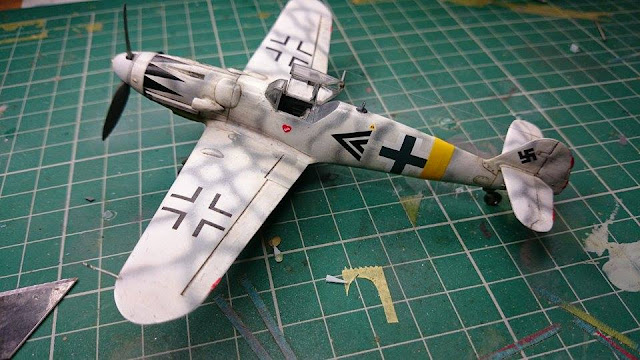 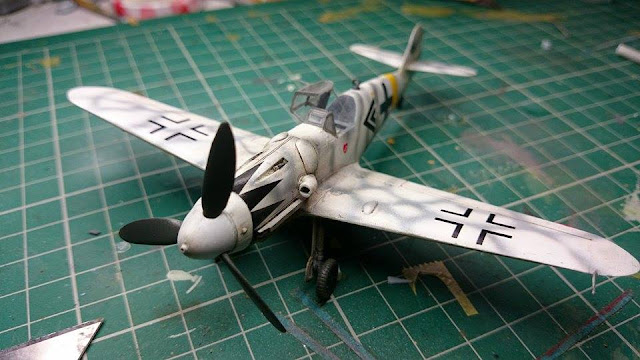 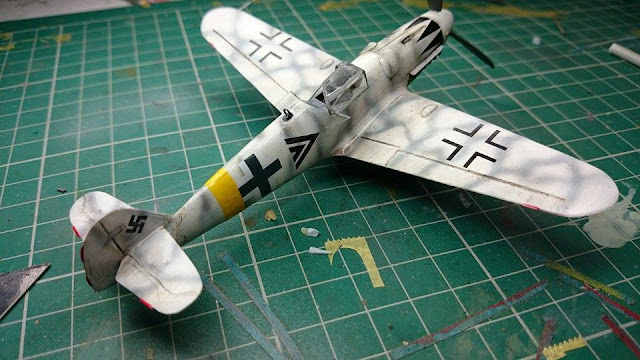 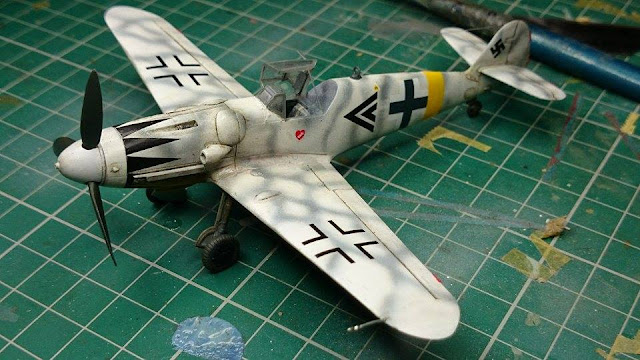 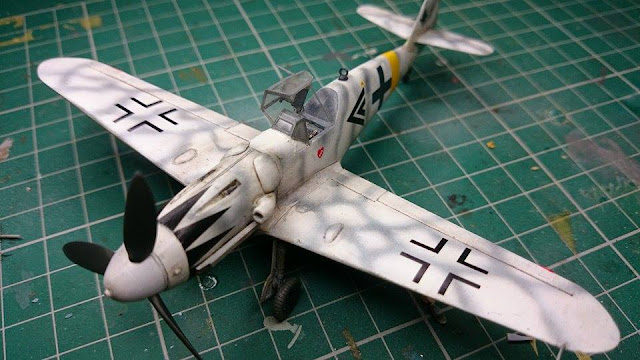 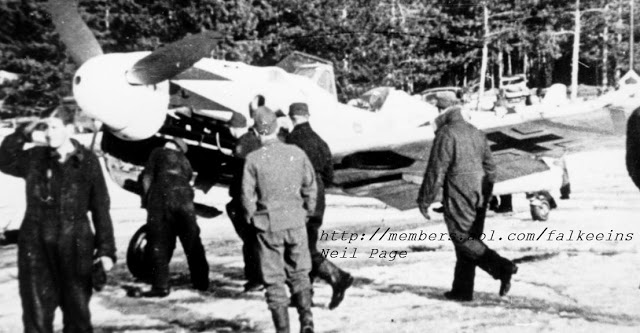 This is the quite neat (miles better than their 'Emil') Academy Bf 109 Gustav in 72nd scale. In the markings of the Luftwaffe's leading ace Hartmann as JG 53 Gruppenkommandeur during February 1945. There are a couple of images that show some sort of 'grey' overspray around the cockpit and wing area which if it covers the entire airframe would resemble this 'spider's web' finish, although most modellers don't bother portraying it. 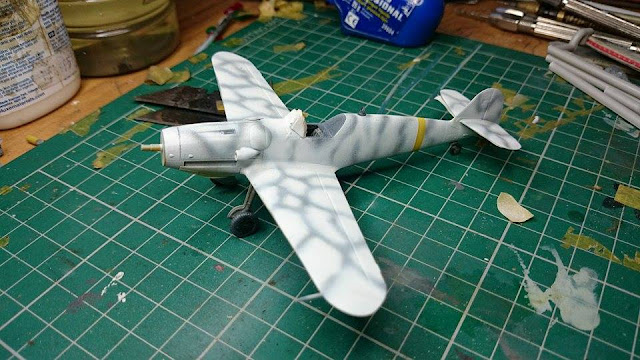 Below; BPK archive shot of the real machine, dated 20 February 1945. There's some sort of over-sprayed pattern there, note the wing area - but do a google image search and there's not a single modeller out there (even of the Fujimi kit) who has attempted to reproduce it! No antenna mast either (AFAIK), the aerial attaches to the fuselage directly behind the canopy.. 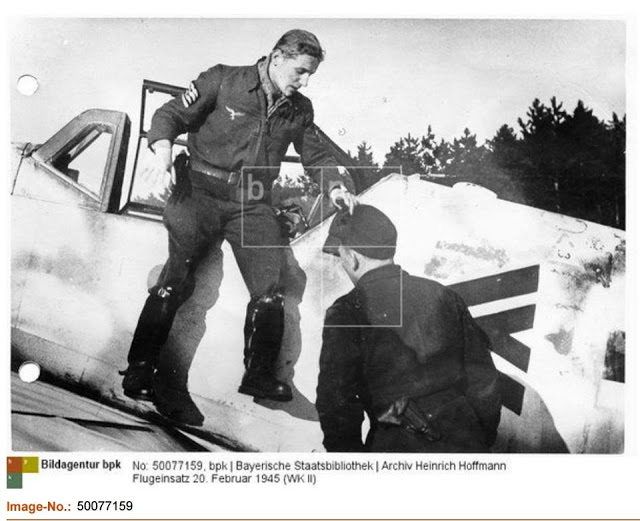 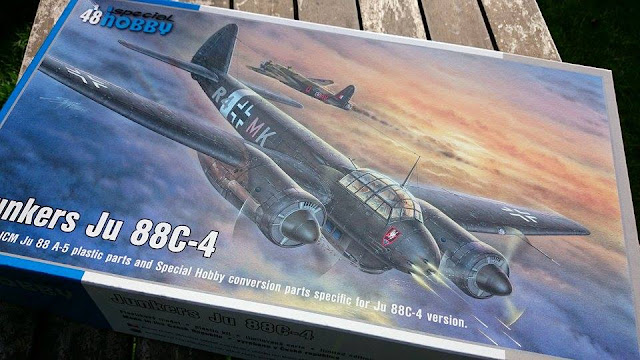 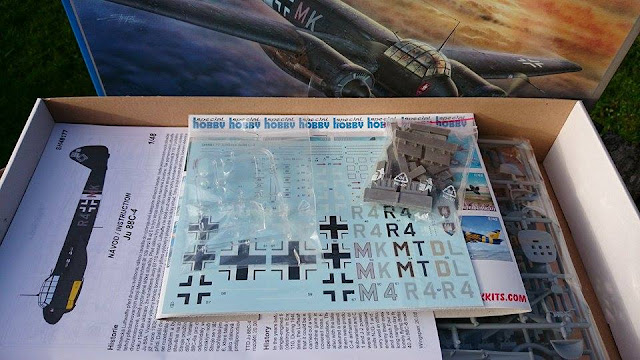 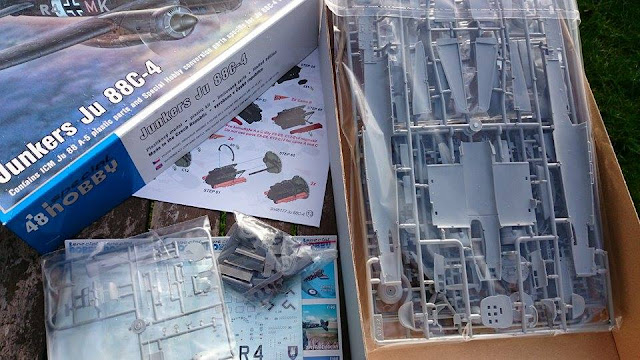 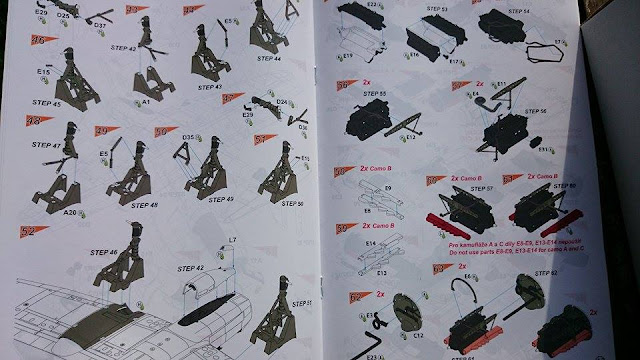