summer's over here in ' the garden of England' after a good two months of fine and dry and at times very hot weather - time to get back to the bench. Easing myself back in gently with another new tool from Airfix in 72nd scale.. 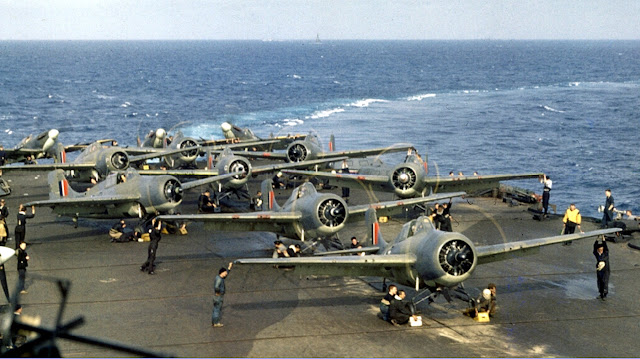 The Martlet is an excellent choice of subject by Airfix (market gap) and features nice decals and, like the F4F-4, a lovely degree of detail. I've seen some comments about the accuracy of the transparency of the Airfix Martlet/Wildcat, apparently some can't see past the the incorrect profile of the cockpit canopy (it flattens towards the rear rather than being parallel like the Hurricane's). But to be honest it doesn't bother me overly. There are two engine cowlings in the kit; the correct cowling and the fuselage extension that is required for the Mk.IV are on a new sprue.

There's at least one thread running on Britmodeller, plus the Airfix website that show the modified cowling. The initial release was a Martlet Mk.III/F4F-4 with the twin-row Pratt and Whitney engine, and a longer narrowing cowling. The new one is a Martlet Mk.IV with the wider single-row Cyclone engine, with a shorter more cylindrical cowling, and an adaptation piece lengthening the forward fuselage. 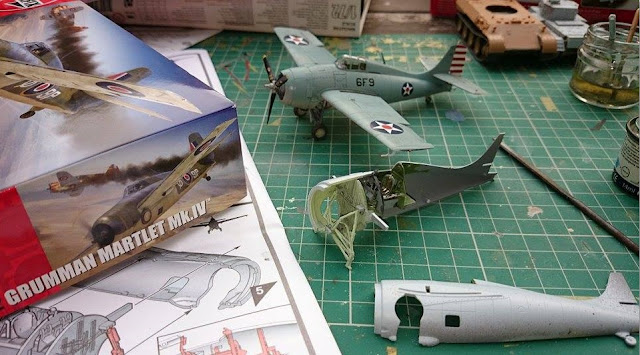 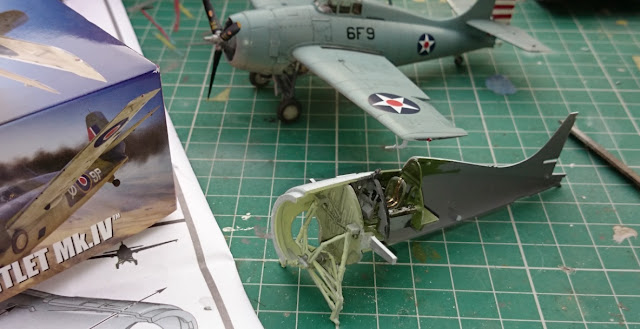 Fuselage parts prepped and ready to be closed up. In the images above I've slightly departed from the construction sequence for the undercarriage- which is very fiddly -  to make sure everything is lined up correctly. The wings are fairly straightforward - building this with one wing folded as could be seen with Martlets. Kit markings options for operation Torch.. 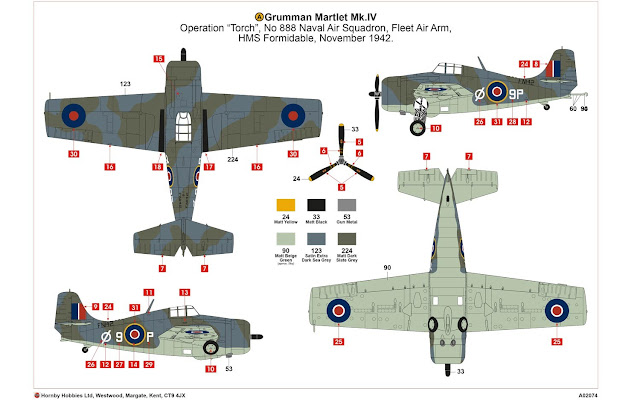 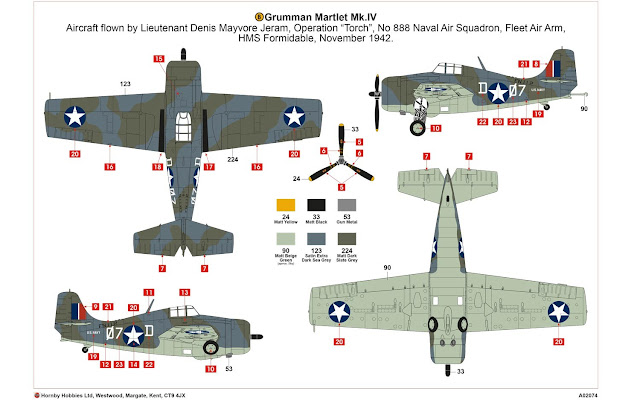 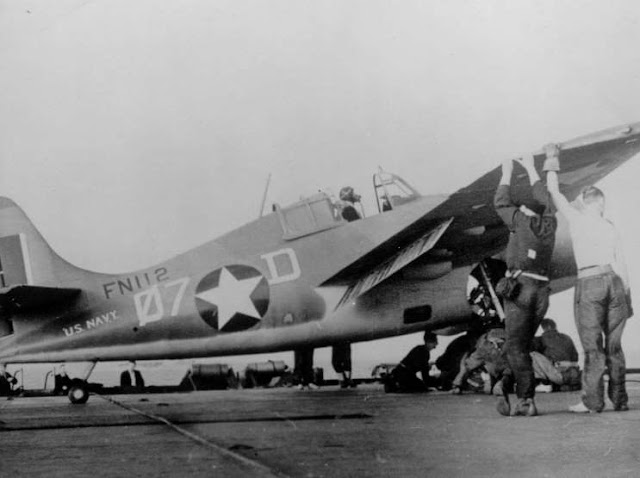 If you suffer from AMS and want to dismember the rather 'disappointing' (their words, not mine) new Airfix Wildcat/Martlet then check out this link. Some superb references, artwork and modelling here!

Posted by FalkeEins at 03:37 No comments: