With the new Revell Ju 88 already on the 'shelf of doom' and no sign of the Fly Henschel Hs 123 on the workbench, I've been building another pair of WWII 1:72 fighters, the new tool Airfix Hurricane IIC and its elderly counterpart from Heller. Aside from the fact that with a bit of surgery you can build a Sea Hurricane from the new Airfix kit, there is not a lot to choose between the two. Of course the Airfix kit has engraved panel lines and is readily available and I'm already planning a nice series. 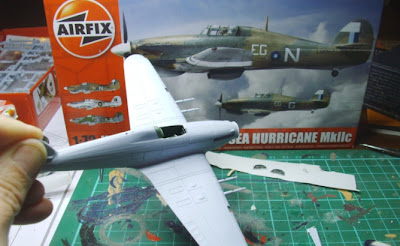 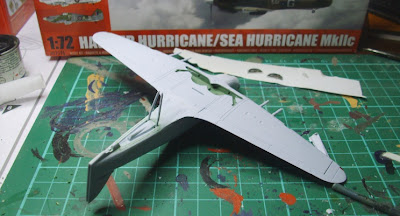 You have to cut out the rear lower fuselage to fit the arrestor hook and there are no catapult spools provided so I've added my own using some coloured beads from a craft set, partially visible in the pics below, which show the Airfix kit on the left and the Heller IIC on the right. The Airfix kit looks a little short in the nose alongside the Heller kit but is fine when painted and photographed on its own. I'm pretty pleased with it. In many respects as nicely detailed as the Revell Hurricane, and gets my vote as it doesn't have that poorly done canopy that detracts from the Revell kit.

As usual my pre-shading was a waste of time, but post-shading the panel lines worked nicely, if only because with a single colour scheme it's possible to lightly mist some of the main colour back over the post-shading! The Heller IIC (bottom) is finished in Gleed's well-known scheme from the Aeromaster "Hurricanes at War" sheet. 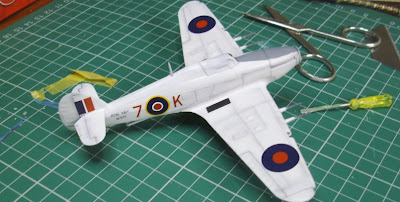 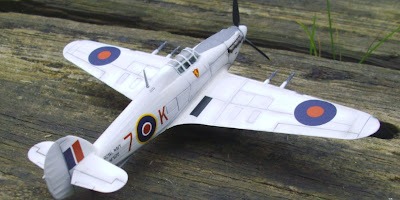 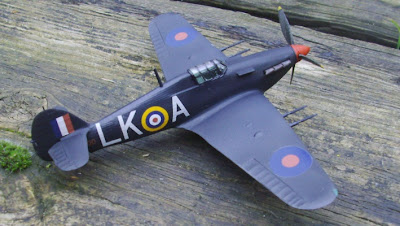 Worth noting perhaps that one of the three decal options in the new tool Airfix Hurricane kit is the Hurricane IIC BN 230 flown by the first Belgian RAF Squadron Leader, "Danny" Le Roy du Vivier of 43 Squadron. Leading the Tangmere Wing, Le Roy was one of the first pilots over Dieppe during the ill-fated 'Jubilee' operation of 19 August 1942 according to the plaque at the 'Manston Spitfire and Hurricane Memorial'. I mention this because the Manston IIC  is my 'local' preserved Hurricane and is finished as Le Roy du Vivier's machine. Originally LF 751 and built at Hawker's Langley factory in early 1944, Manston's Hurricane was restored duing the 1980's using many original parts especially in the cockpit . 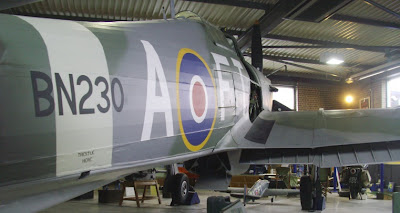 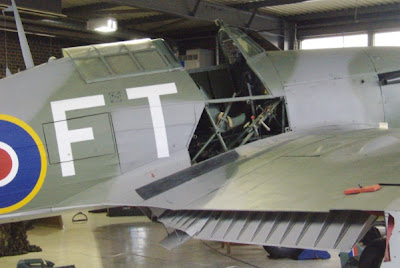 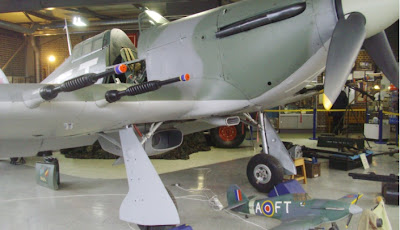 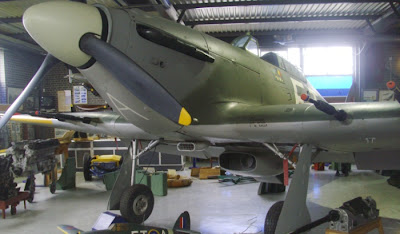