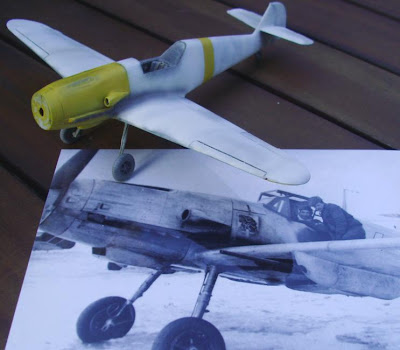 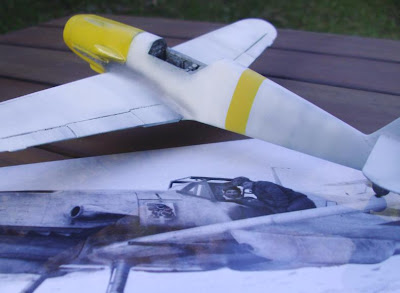 This is an old Airfix Friedrich that I started and almost completed a few years ago. Not a bad kit, despite the raised panel lines and soft detail in some areas. I had originally painted it in a standard 74/75/76 scheme but having picked it up again this week when spraying the Academy Gustav I decided to re-spray it as JG 54 Barbarossa machine. The a/c in the pic is of course a G-2 but you get the idea !