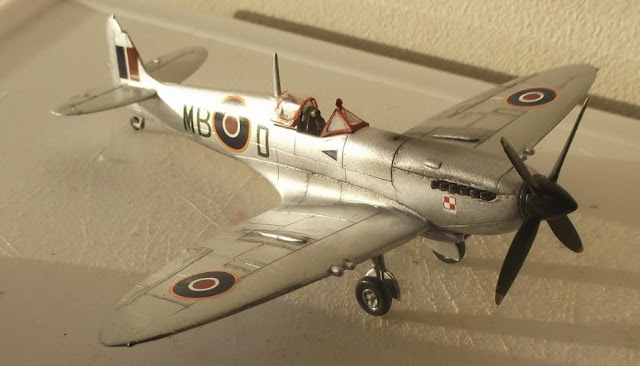 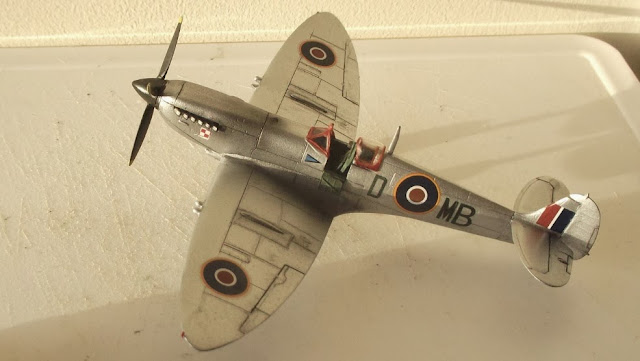 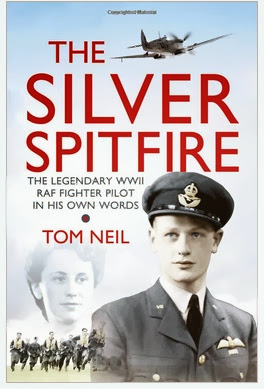 " During the build up to the Allied invasion of Northern Europe, Battle of Britain hero Tom 'Ginger' Neil was assigned as an RAF liaison officer to an American fighter squadron. Acting as a British representative, Neil was tasked with negotiating and overcoming the countless culture clashes that existed between the two Allies and Neil's time with the Americans was anything but dull. As the Allies pushed east, Neil commandeered an abandoned Spitfire as his own personal aeroplane. Erasing any evidence of its provenance and stripping it down to bare metal, it became the RAF's only silver Spitfire. Love affair and culture clashes on hold, he took the silver Spitfire into battle alongside his US comrades until - with the war's end - he was forced to make a difficult decision. Faced with too many questions about the mysterious rogue fighter, he contemplated increasingly desperate measures to offload it, including bailing out mid-Channel. He eventually left the Spitfire at Worthy Down, never to be seen again " 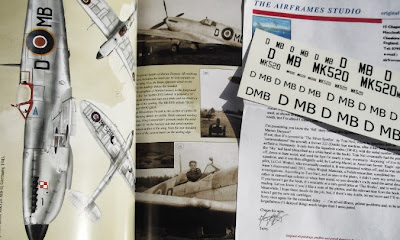 Only of course it was.
D@MB was Tom Neil's silver Spitfire as it appeared after being taken over by Wing Commander Marian Duryasz, Polish liaison officer with 2nd TAF HQ in early 1945- the 'MB' standing for 'Marian' and his wife 'Barbara' . A 322 (Dutch) Squadron machine coded MK 520 this particular Spitfire had originally worn the codes 3W-K. Neil had commandeered the aircraft after it had been 'abandoned' on his airfield in Normandy. He eventually had the paint stripped back to the metal and flew it for a year before disposing of it. According to Tom Neil it did not display a serial number although I have added 'MK 520' to the lower wing surfaces. Now I kinda like silver Spitfires and I like to build Polish 'RAF' subjects in tribute to the Polish squadrons that eventually flew under the auspices of the RAF during the later war years. Terry "Airframes" Fox was kind enough to produce some decals to enable me to model Tom Neil's 'silver' Spitfire IX so I thought I'd break open an AZ "Joypack" straight away (three sets of sprues, no decals) and crack on with a silver Spitfire or two.  D@MB features in the excellent "Polish Wings" (15) volume by Wojtek Matusiak devoted to the Spitfire IX. 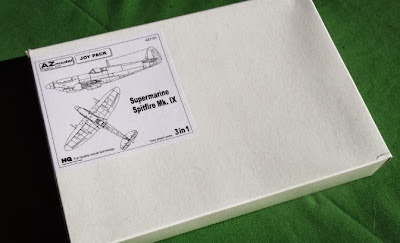 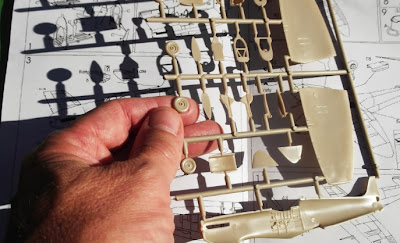 I had initially intended to build the AZ Spitfire IX alongside the new-tool Airfix Spitfire IX  - using the detail-less Airfix kit as a test-bed for some Pavla resin parts. Above; AZ Spit IX in 1:72 scale and, below, making a start on an Airfix IX with Pavla resin cockpit. Below this, the AZ and Airfix fuselage halves for a comparison shot and fitting the Paval resin cockpit into the Airfix IX fuselage halves.. 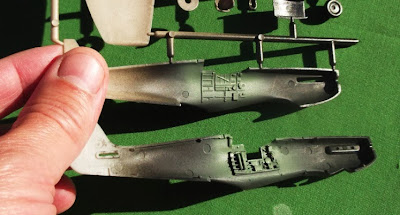 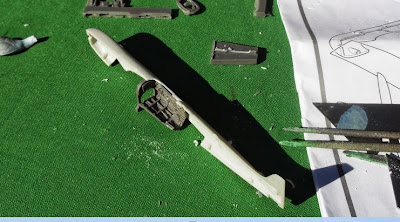 .
Below; the AZ cockpit completed from the box with some etch belts (Valiant wings Hurricane I etch sheet ) and the main airframe components assembled. I could have done without having to perform the surgery on the wings which are squared-off out of the box but still need cutting 'square' along the panel line before fitting the wingtips. The parts are all numbered on the AZ instruction sheet, although there are no parts numbered on the sprues - which makes assembly a little tricky. Ditto for the lack of locating lugs, the tailplanes just butt up to the fuselage so I've drilled and inserted a fuse wire 'spar' 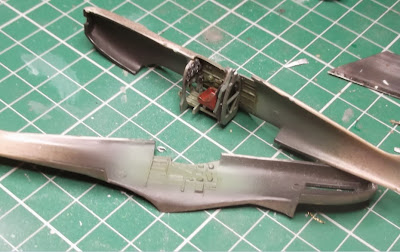 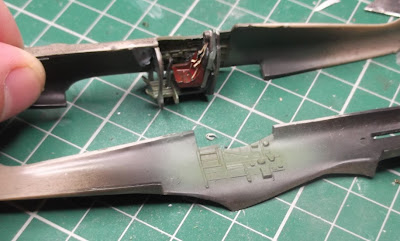 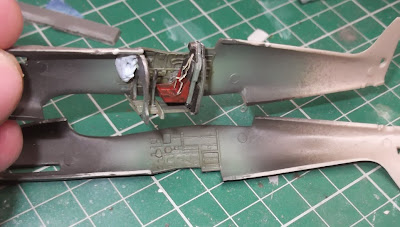 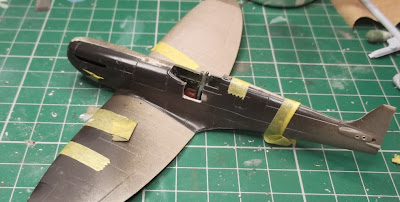 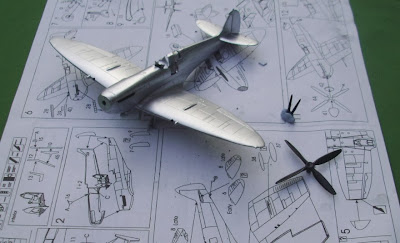 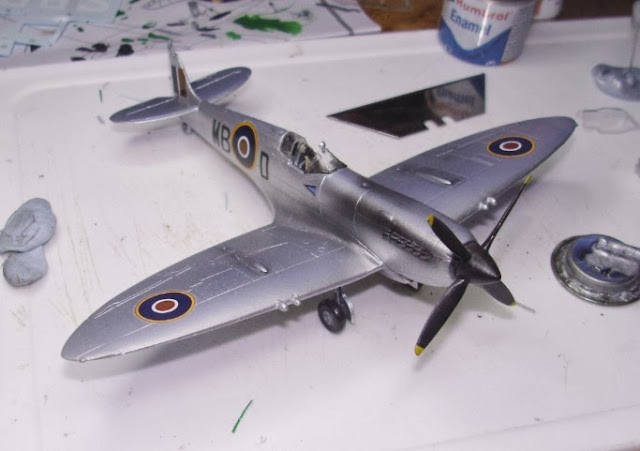 Reached the end of this tricky little build over Christmas - here the Pavla vac-form canopy has been cut out and partially installed with rear-view mirror attached. The canopy framing has some sort of primer finish. Home-made decals applied with Wing Commander pennants from the spares box. Note the non-standard wing roundels and non-standard stub replacing the cannon barrel in the wing leading edges. 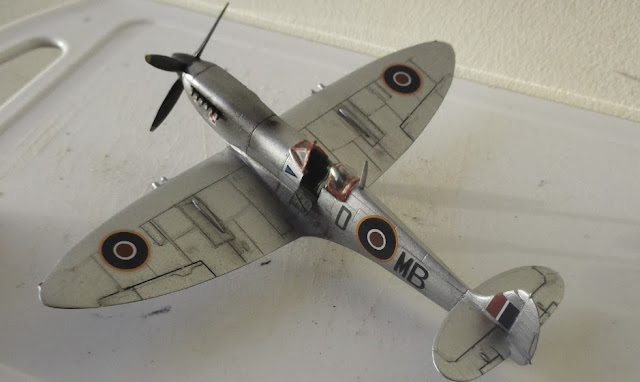 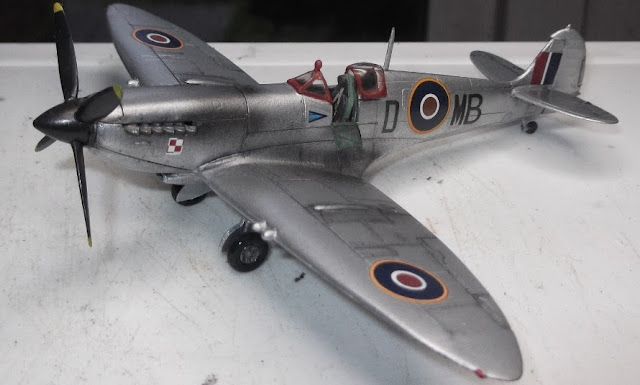