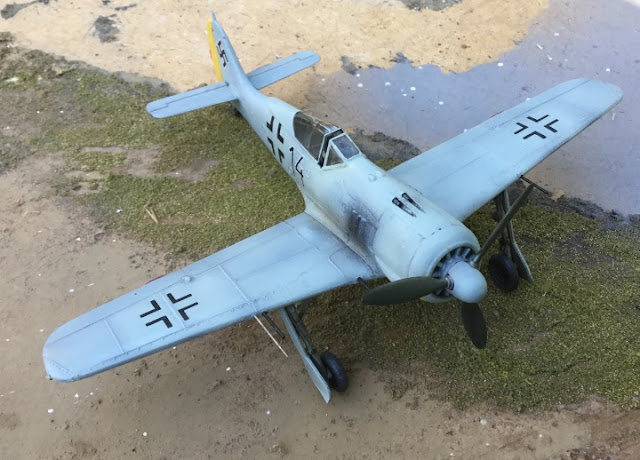 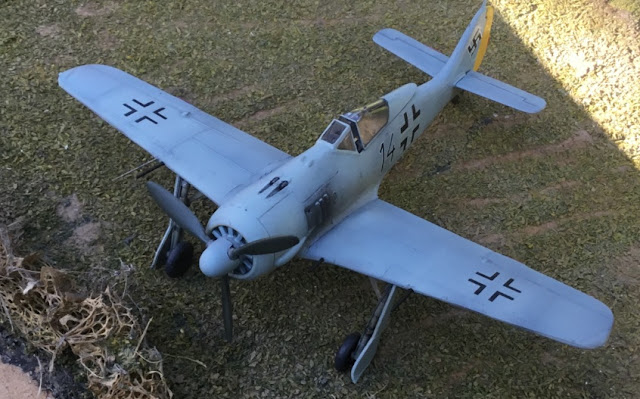 Putting the finishing touches to another Fw 190 ... this one is a night-fighting A-6 from the elderly old-tool Airfix kit in 72nd scale, reworked with a few spares from the Eduard and Zvezda kits, including wheels and canopy, a new flat cowl gun cover and a rebuilt cockpit. Reference photos for 'black 14' as yet unpublished. The overall hell-blau-grau 76 finish is roughly over-sprayed over the standard grau scheme. This was done when 2./JG 2 retrained as night-fighters during the summer of 1943 - the scheme extended to the spinner and the cooler fan blades which are also in RLM 76. Balkenkreuze are the simple black outline type. Rudder and lower engine cowl in yellow. As mentioned decals for 2./JG 2 Fw 190s are available from OWL - note the Staffel had a complement of fourteen Fw 190s numbered 1 through 14. Gun barrels and pitot from Master. 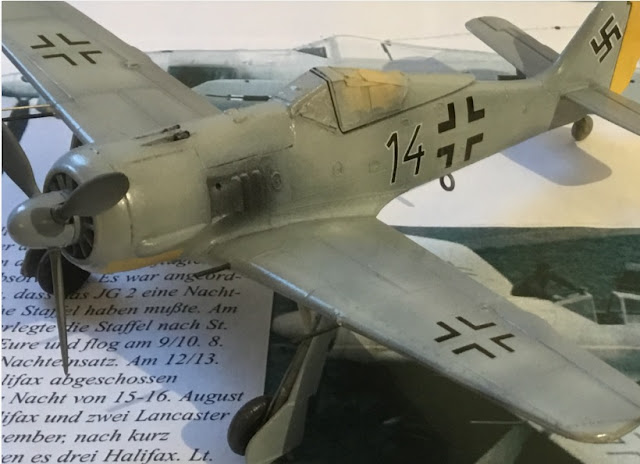 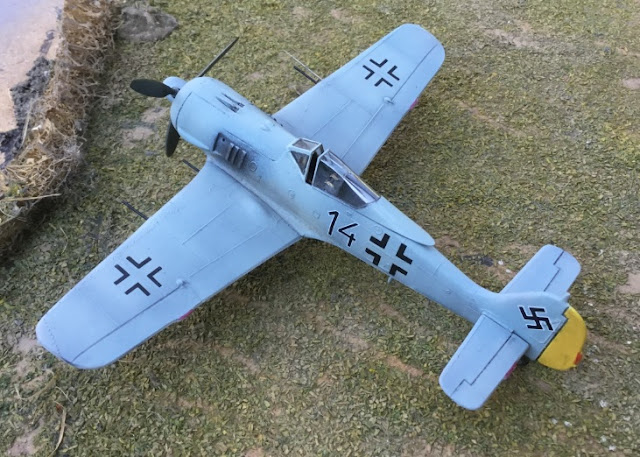