now that the house-move and the latest book project are out of the way I can get back to building some models. If only the airbrush would work 'properly'..

Here's my first completion of 2023, another of the 'old' new-tool Eduard Bf 109s, this time in the markings of 11./JG 27 ace Bartels. IV./JG 27 were at Kalamaki, Greece in the autumn of 1943 and intervened over Kos and Leros during October as German forces pushed out the British from these Dodecanese islands following the Italian 'change-of-sides'..

A couple of the images of the finished model show the 72nd Academy G-6 in the 'same' scheme as well, although as Gary Hatcher put it, how can Luftwaffe modellers be satisfied knowing that their mottling is always so 'hit and miss'? I mean all of the known images of this machine show the port side - not one shows the starboard side AFAIK. Upper surface 'saw-tooth' finish was a feature of some Erla 1943 production, re-created here easily enough with a P-Mask mask. The underwing 'R6' MG 151 cannon gondola have been opened up to display the Eduard resin cannon.. 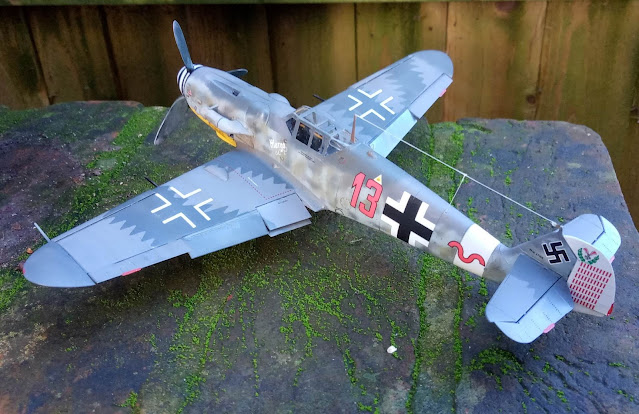 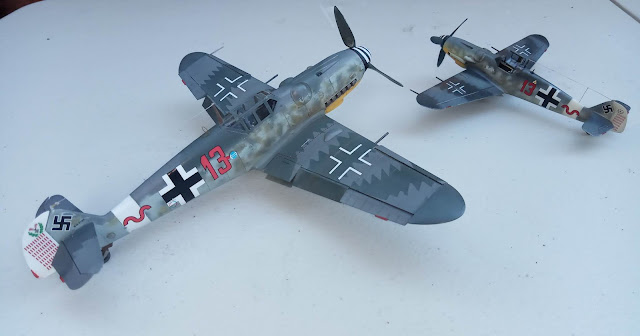 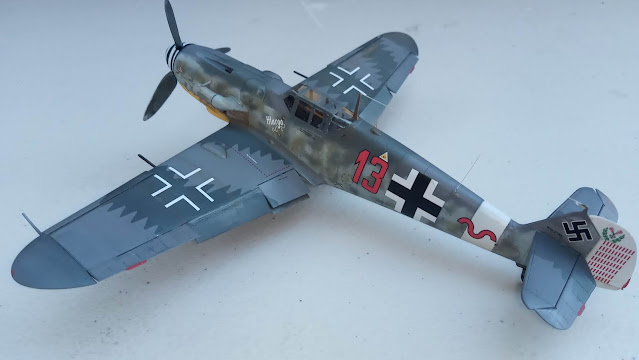 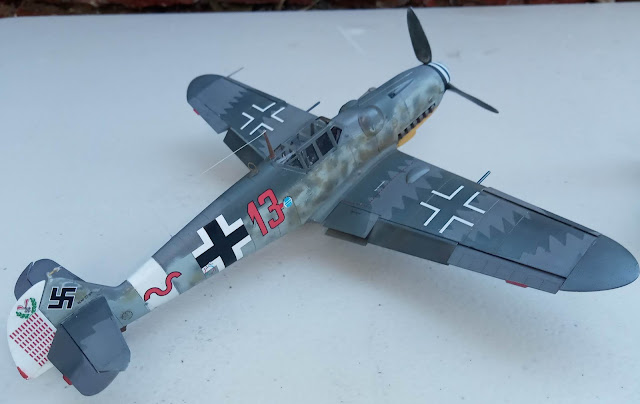 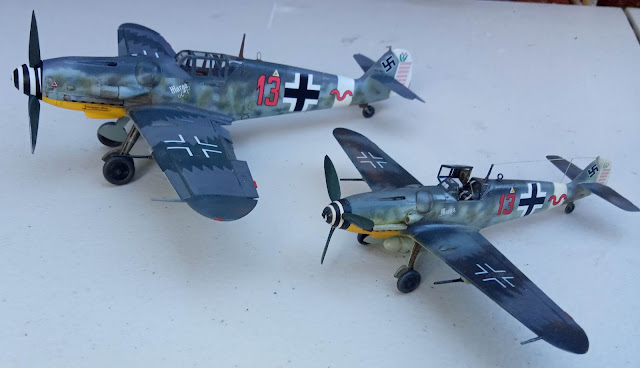 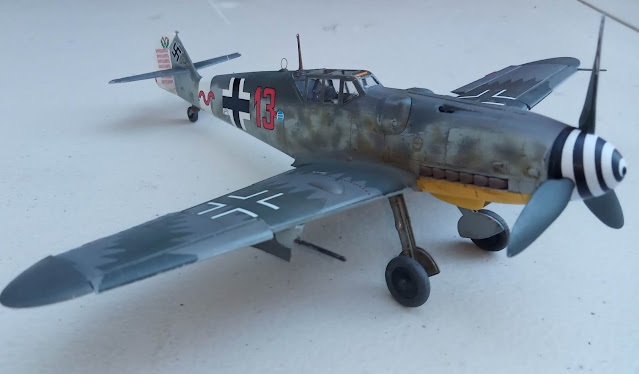