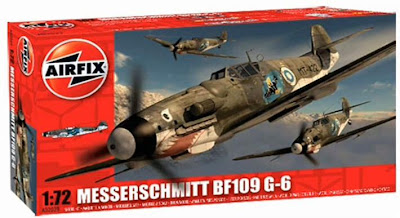 One of the three main sprues. There is no cockpit, which is a pain and the fuselage Beulen (bulges), normally supplied as two separate parts by other kit manaufacturers extend over the top of the engine cowl which completely ruins the effect. Otherwise this kit is not too bad - sadly could have been a lot better. Won't stop me from knocking it together quickly for another -mostly black - JG300 wilde Sau nightfighter version 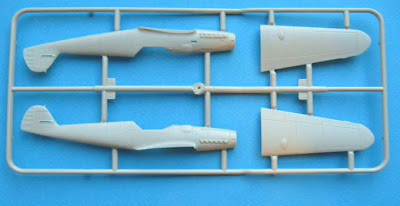 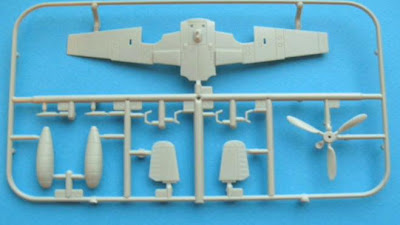 Pictures of Bartel's 'Kanonboot' machine - taken at the time of his 70th victory - are well known, but when building my model I was still unable to ascertain what the upper wing camo might have looked like, or whether the aircraft had white wingtips - until I discovered the lower image in the Japanese Luftwaffe Warbirds Photo Album series (Vol I). Time for a bit of a re-spray... 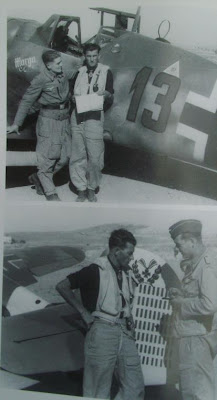 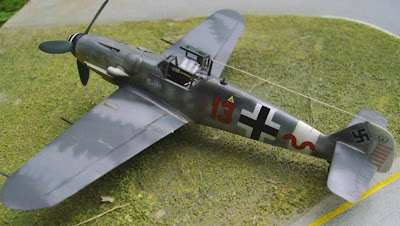