Above; Probably one of the most famous Tempest photos ever taken!  The date is 27 August 1945,   Pierre Clostermann's last day in the RAF, and he is seen here on his new JF-E NV 724 (note no 'Le Grand Charles' inscription). Photo reproduced here with the kind permission of 'Avions' magazine. See issue No. 151 of 'Avions' for the best and most authoritative recent account of Clostermann's RAF career.

From Rudel to Clostermann. The two were good friends post-war and there is a nice picture of Clostermann with Rudel's very glamourous blonde wife in Avions no. 151, the commemorative issue devoted to Clostermann's life. Clostermann flew at least four Tempests - only one of them, SN222, carried the inscription 'Le Grand Charles' despite what you can read almost anywhere on the internet. There are quite a few reviews of this nice Academy kit on the internet, probably the definitive injection moulded Tempest V. Supercedes the old Matchbox and Heller kits easily and has a good level of detail, including interior. Also includes bombs and drop tanks, but I'm not sure Tempests carried bombs. According to some reviewers the fuselage is too short by 2mm, just forward of the tailplane as compared to drawings while the wing chord is too broad at the level of the ailerons. The kit markings are for Clostermann's JF-E NV724 in July 1945 as seen in the photo above. It is thus a postwar machine with "parade" markings. For a wartime version wearing similar markings, use NV994, minus the kill markings, the "Grand Charles" inscription, rudder crest and cross of Lorraine. The spinner is black and the upper wing roundels should have the yellow outline (as seen on a period photo). Closterman shot down 2 FW-190 D9's April 20 1945 with this aircraft. See my Luftwaffe blog here

Note the black Tempest cockpit - I'd originally sprayed this black to provide some colour 'modulation' for the typical grey-green, until I actually bothered to hunt out some Tempest cockpit photos  and realised the cockpit was mostly black itself. Added a grey wash so that at least some of it might be visible.. 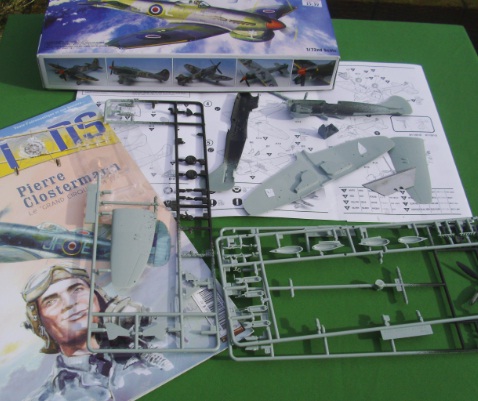 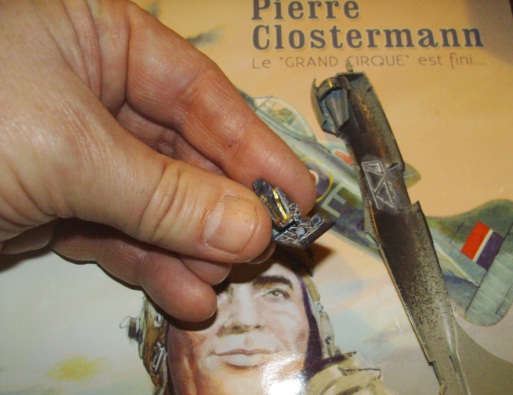 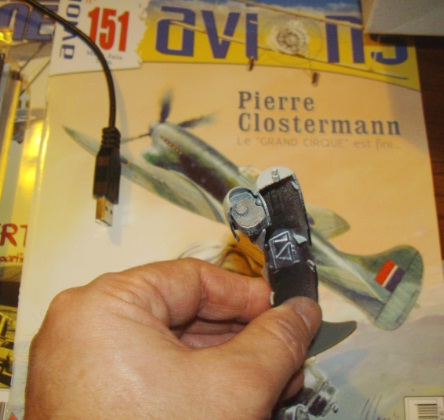