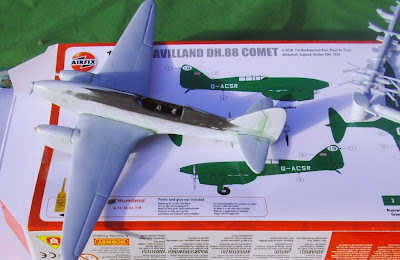 Airfix DH 88 slowly coming together. For a kit with only four 'stages' and around 24 parts it is pretty hard work getting everything lined up and smoothed down. Lots of filler required - here it is almost ready for some Halfords Primer. Pic below shows the new smash-molded canopy placed loosely over the cockpit for a test fit - second time I've had to do this recently, but it still takes about twenty attempts with a candle and plastic food container (usually a flat lid - the key is finding something of suitable thickness...) 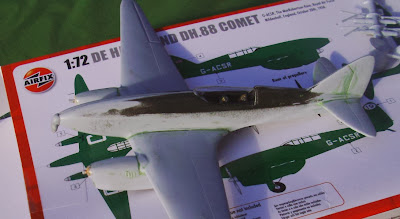 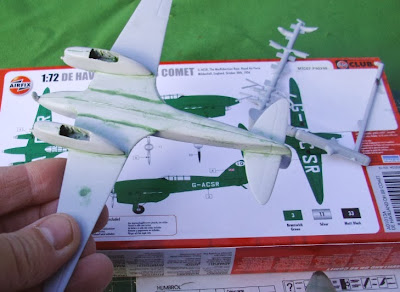 1:72 AZ Spitfire IX almost ready for paint. Neat kit, but I'm finding the plastic a little hard and the lack of part numbers and rather poor instructions makes it a little harder to build than, say, the equivalent Airfix kit. It does however feature alternative wingtips, rudders, separate cannon bulges, two sets of spoked wheels and a lovely interior.. 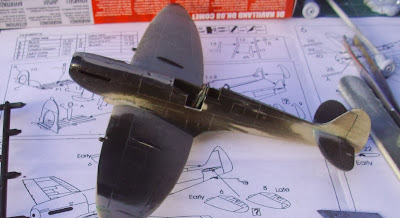 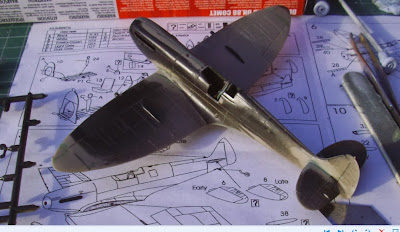