new-tool Airfix Blenheim Mk I build on the bench (2)

So far I've enjoyed a certain amount of good fortune with my various new-tool Airfix builds featured through out this blog . From what I've read on the forums, some modellers have had issues with deformed and short-shot parts and flow flaws in the clear plastic and other issues. I haven't experienced any of these - until now!  Now I've read all the builds of this kit - including the rather horrendous build review on the Airfix tribute forum with its huge gaps everywhere. I can see now why that particular build looks so bad. Not really the modellers fault at all - following the instructions is a recipe for disaster on this kit! 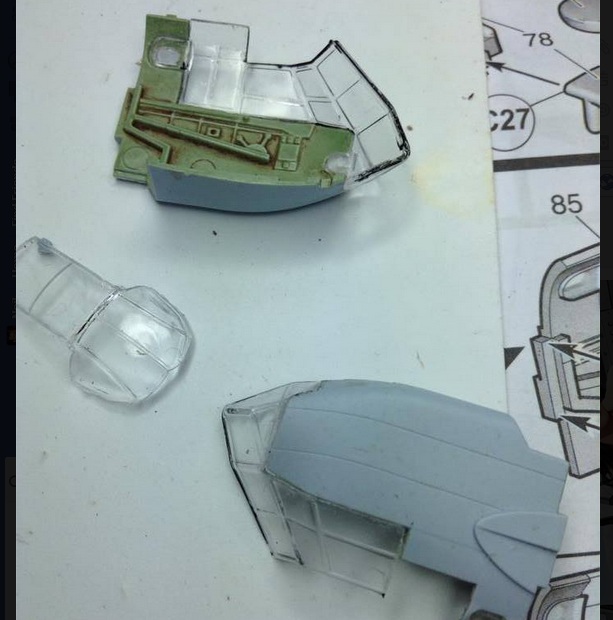 Now it would appear that the secret to a successful build of this kit is the nose section. Get that cracked and you'll nail it. That is, assemble the cockpit parts with the fuselage parts and then join them as two halves, sliding the seat/instrument panel/bulkhead assembly into the cockpit from the rear. Yes I can see how that will work. But you really need to get the canopy glazing assembled onto the cockpit sides first. Well, they don't both fit. While the port side is a reasonable fit, the starboard glazing extends around underneath the nose and was on my example slightly twisted. Getting the rather large lugs to hold was nigh on impossible. Cutting the glazing down - ie separating the small rear 'porthole' from the rest of the glazing - didn't really work either. And then I realised that the top part of the canopy (part G4) was short molded - there is no 'frame' around the front part of the glazing, leaving a large gap at the front, so there was no 'fit' there anyway. My first mails of complaint and request for spares have just been sent off to Hornby! 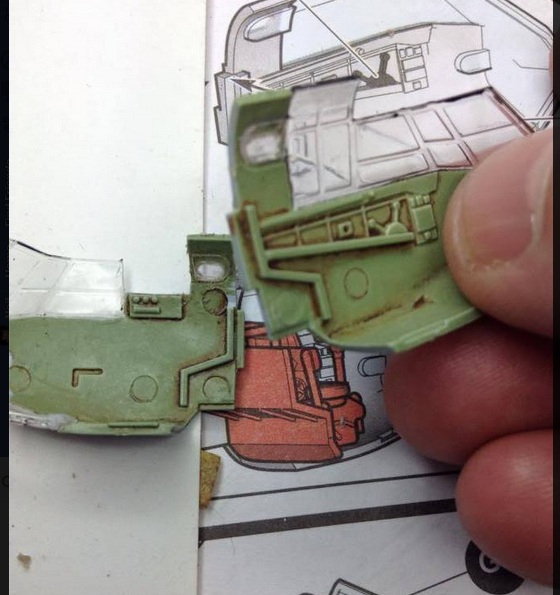 And a reply within twenty minutes,

Dear Customer
Thank you for your spares request. Unfortunately we do not have spares for your model, at the moment.
We will add you to our waiting’s list and confirming posting once the stock is available.
Sorry to cause inconvenience
Kind Regards
Airfix Spares

And a message from Steve for builders of this kit;

.".. If your transparency is short-shot, you may have some warp-age as well, which could explain the poor fit. Otherwise, get the nose right and the rest will follow. I found it made sense to add the nose parts to the main fuselage halves before considering any glazing. Because I wasn't going to have an open bomb-bay, I could also fettle the top of it so I could add the wings/bomb bay to the fuselage at a later stage. I also installed the undercarriage before glueing the wing halves together to get a nice strong joint. Assemble the engine cowlings before inserting the engines themselves - tolerances are tight. The new Blenheim kits are lovely when they're done, don't despair and don't give up! .."


My finished model can be seen on this blog here