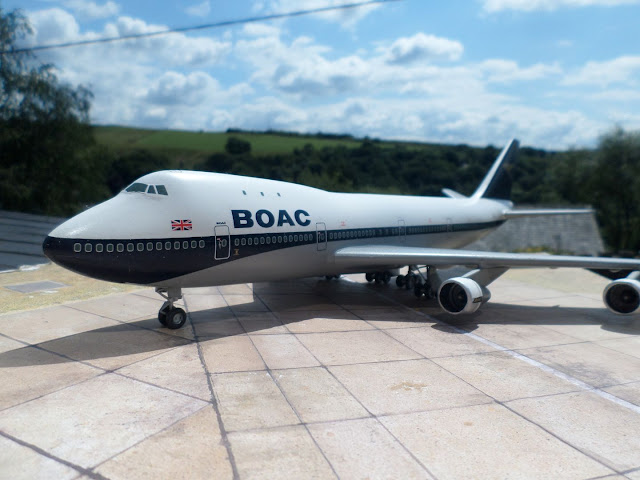 As part of British Airways 100 years centenary one of the current 32 strong fleet of 747-400s, reg G-BYGC, is painted in BOAC colours. Another one is painted in the Landor scheme, a third one in the Negus scheme. All three will remain in these colours until retirement in 2023/24.

The aircraft entered the IAC paint bay at Dublin Airport on February 5 where it was stripped of its current British Airways Chatham Dockyard design before being repainted with the BOAC livery which adorned the BOAC fleet between 1964 and 1974. 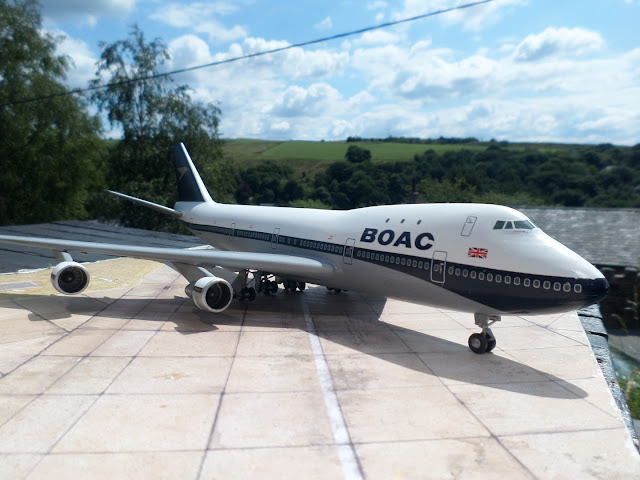 The BOAC-liveried Boeing 747 model and photos are by Tom Weir (shown here with Tom's permission). The kit is the original 1/144 Airfix 747 BOAC boxing with Two Six Decals BOAC 747 silk decals. Below, the real machine  - or almost. G-BYGC is a -400 variant with the extended upper deck. Photo taken on 12 June 2019 on a wet ramp at London Heathrow Terminal 5 prior to operating BA 243 to Mexico City - my son's last B747 flight prior to converting to the A350. 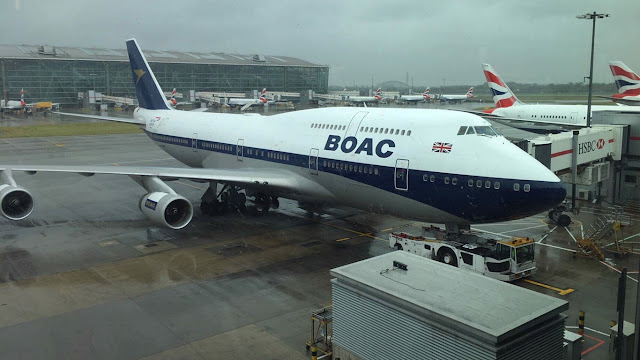 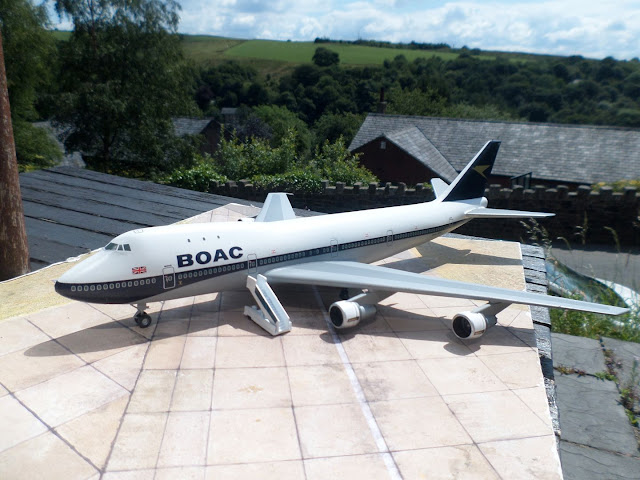