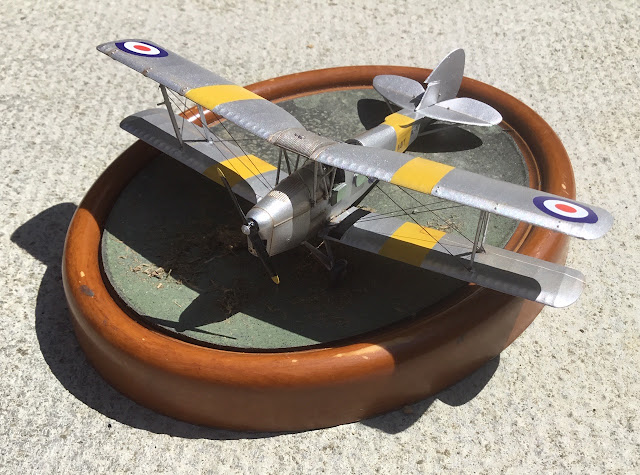 Tiger Moth new-tool build review is finished. This is another neat new-tool from Airfix. A very nice production. Airfix have achieved the' impossible' here in my book - making a 72nd biplane kit that can be easily built by a (more or less) biplane novice (only the third I've completed on this blog..). In fact the top wing sits nicely in place on just the cabane struts alone, while the interplane struts fit perfectly, alignment  and 'forward lean' guaranteed. I decided in the end to turn the elevators 'up' rather than have them droop and the rudder has been cut out and angled to the left. Note the fin does not sit flush on the fuselage on the real machine, being slightly raised at one end. Rigging - well, I'll do better next time. I've not attempted to replicate the tail plane control cables which run alongside the fuselage, less is definitely more in this scale. I'm not Mike Grant anyway, that's my excuse, so not too many close-ups. I definitely think I might do more of these - although at a tenner a throw you don't really get a lot of plastic for your money. While I've still got my eye sight I fancy an 8th AF hack to display alongside some P-51s 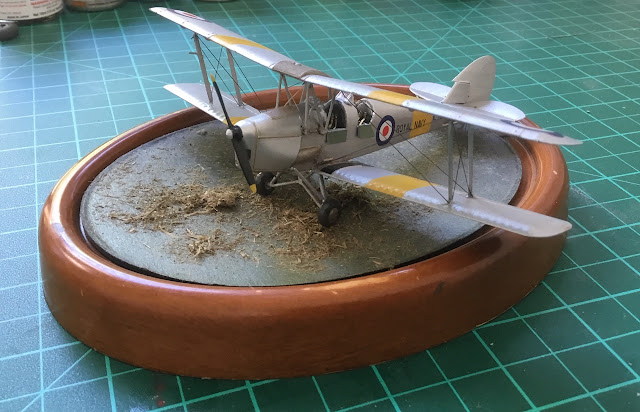 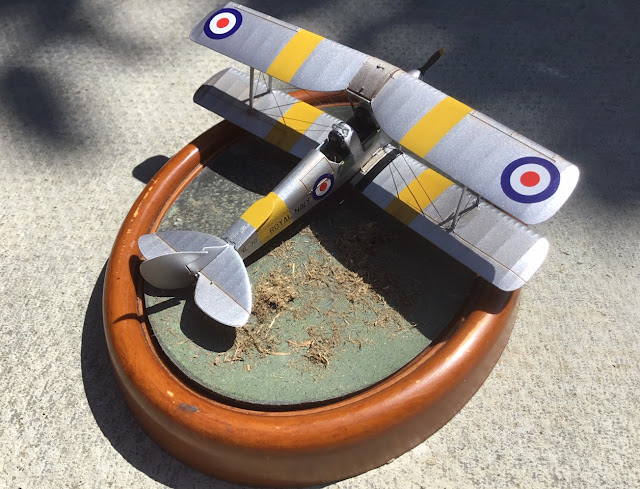 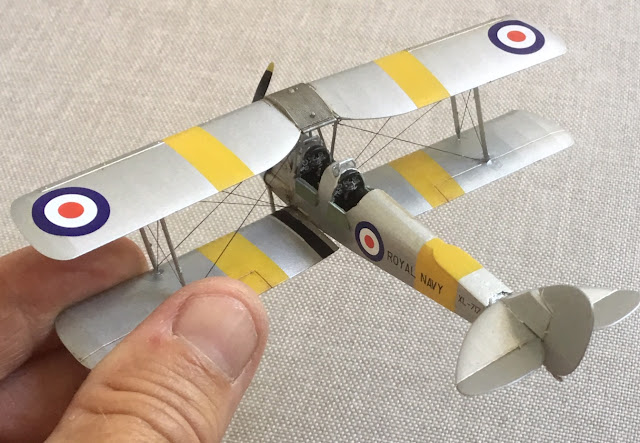 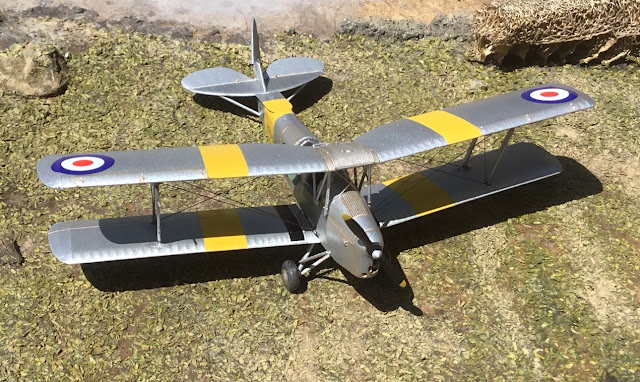 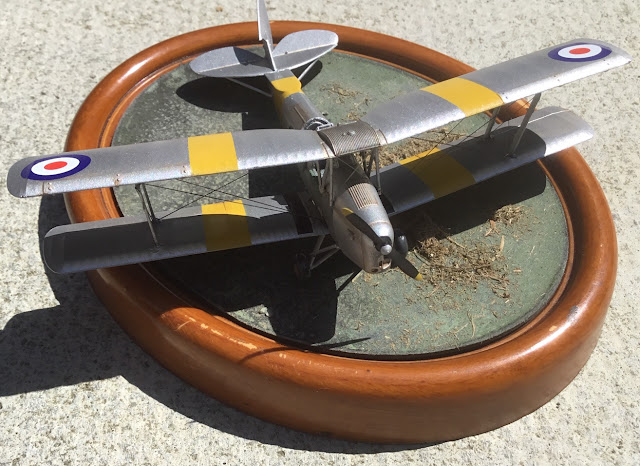 Below, Tiger Moth as seen at the Aero Legends Battle of Britain show at Headcorn, Kent during July and below that,  XL 717 in 1962 in Scotland from an Air Britain photo and subject of the Airfix kit in this latest release. 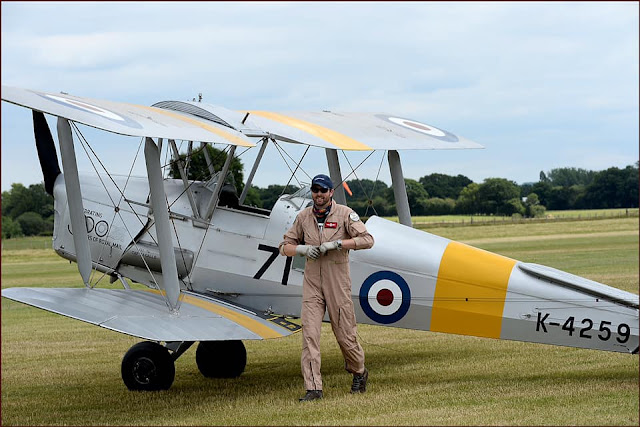 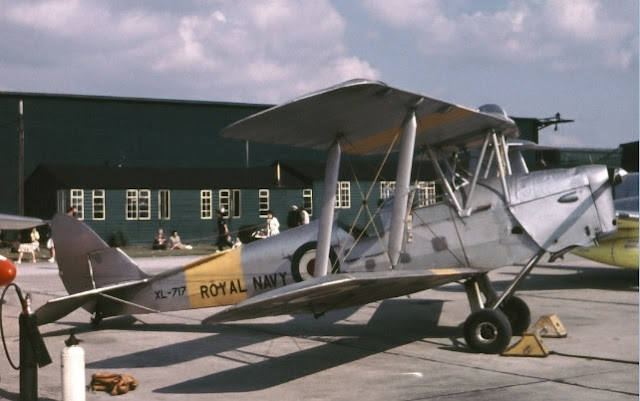 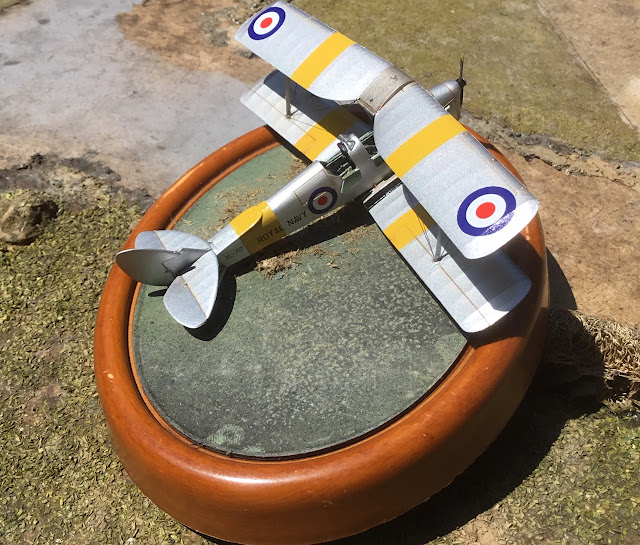 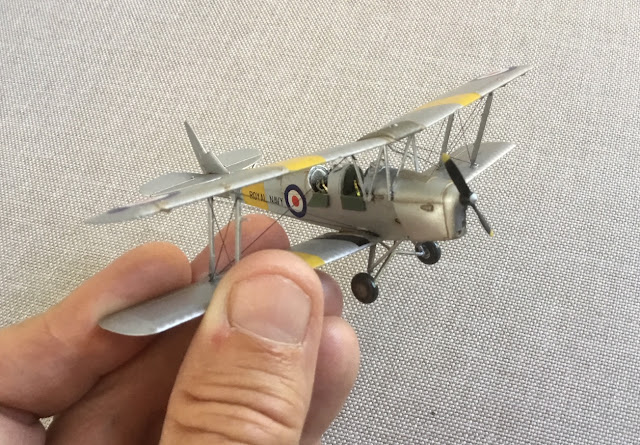 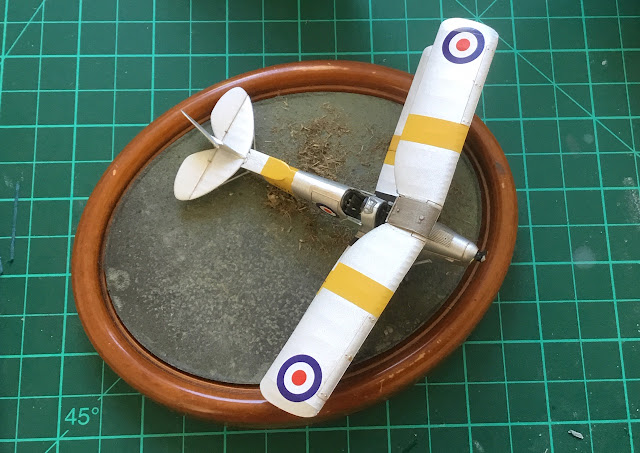 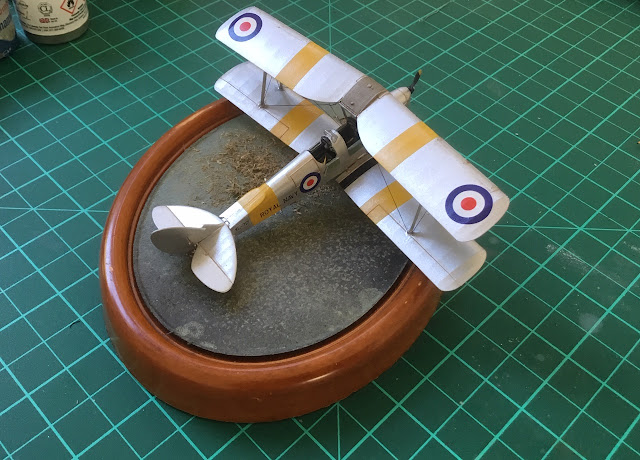 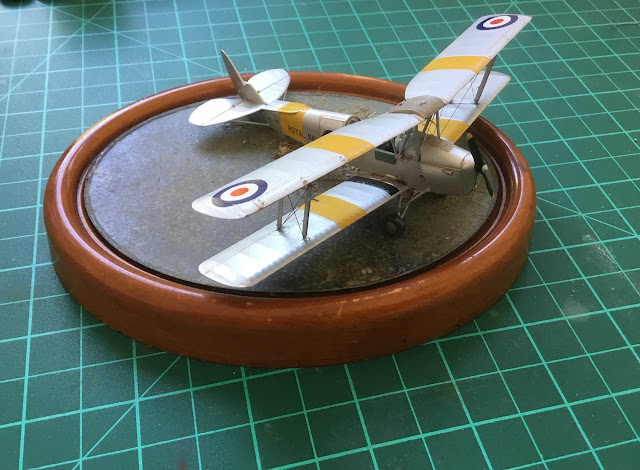