There are a fair amount of built models offered for 'sale and display' on ebay. I'm not sure I could ever part with some of mine like that but there are plenty of people who have no qualms about offering their latest 'creations' for sale.  At first sight this one is neatly finished for example; 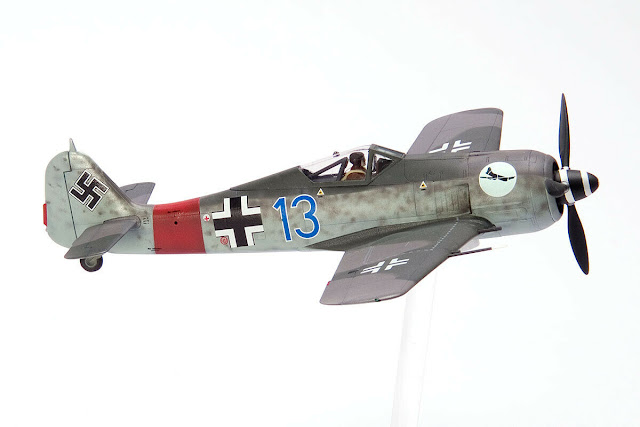 "...its built to a high standard.... Guns are realistically hollow and the propeller rotates by simply blowing gently on it!..Compare this to many others with crude finishes and poor paintwork currently on eBay...."


Unlike this guy I feel a little uncomfortable about criticising the work of other modellers. But, well, I can't help but point out that this is the Zvesda snap-fit Fw 190 A-4 kit as the modeller acknowledges himself. Walter Dahl was of course NOT flying an A-4 in December 1944  but an A-8 with the bulged cowl MG cover (..larger calibre guns of course....) and with the fuselage extension of the later Fw 190 variants. ( I guess we won't mention the absence of the outer wing MGs, the upper wing bulges, the grossly over-scale head armour and support, the 'unpainted' cooling gills of the BMW radial etc etc..).

Of course as an Experte (note spelling and capital letter..) I can't help but 'whine' about details like this. And while the model sales pitch above could be seen as no more 'accurate' than plenty of others out there on ebay the model sold for £99 ! ....so good luck to him I guess. And here's one of those examples referred to above...which incidentally is posted up by Ebay at the bottom of the 'Dahl' modeller's own auction! ..That must be irksome! At least the write-up tells it like it is ... 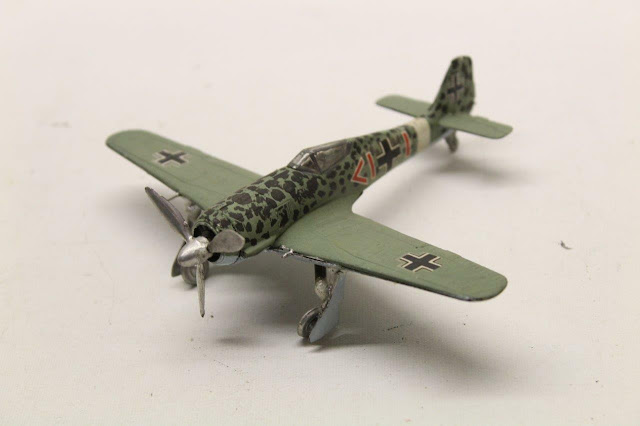 Assembly has imperfections, a ridge along the fuselage joint, some glue marks, undercarriage is off upright. The prop turns and is a loose fit. Paintwork has some marks on the underside.

Except for the central bomb, the aircraft appears to be complete, although some smaller details may be snapped off/not present...."